A Q&A with Steven Careau 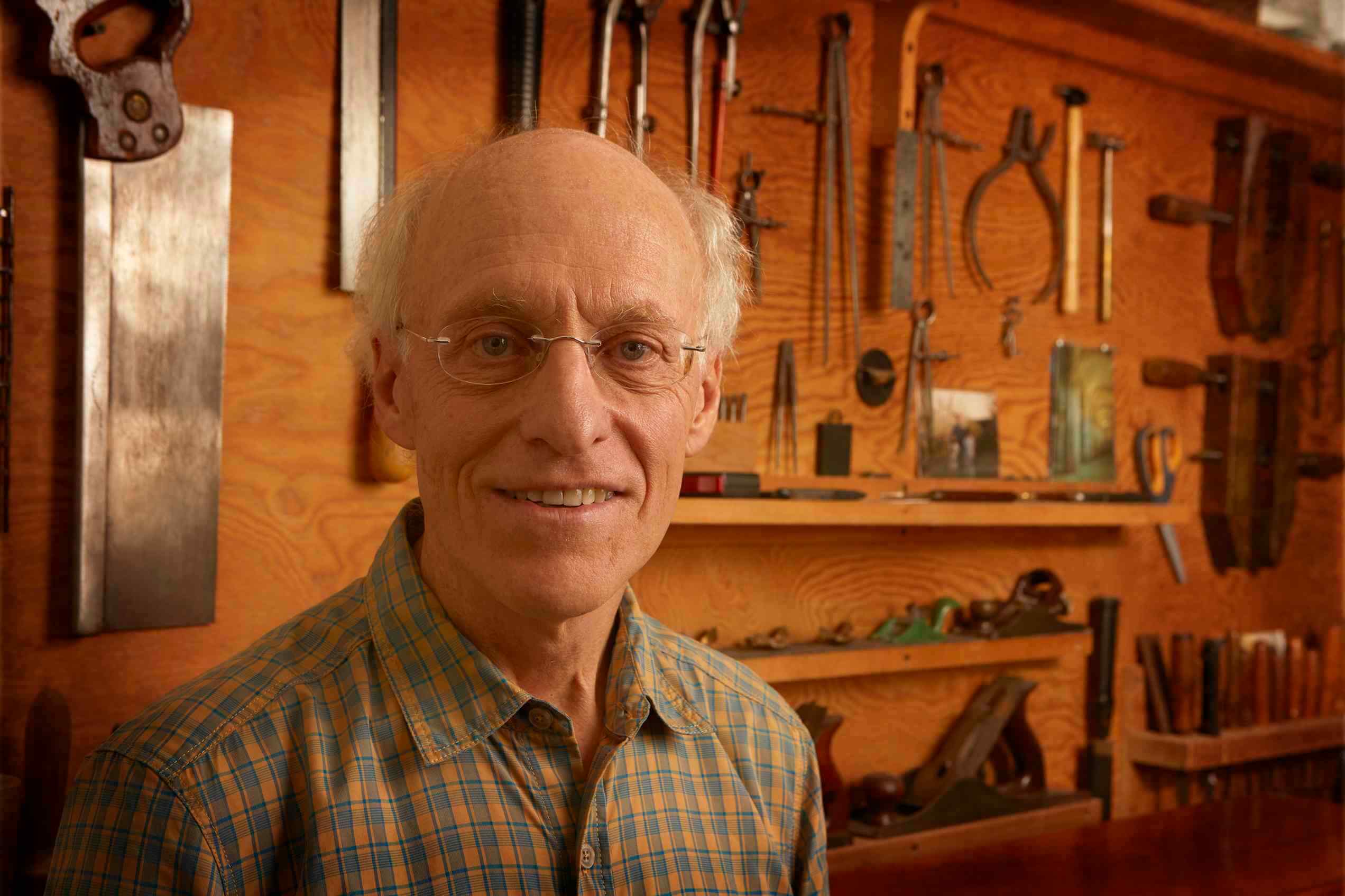 How would you describe yourself and what you do?

I am a retired professor of fine arts and an active professional sculptor. I live in Hudson, New York, with my wife, who is a literary translator. Like many of my artist friends, I’ve built my studio in our house, which is a very convenient arrangement, though at times a bit noisy and messy.

When you attended Merrimack what was your major?

I started at Merrimack as a premed student, but grew disenchanted during my first year and decided to explore other educational paths. Ultimately, I settled on the social sciences. I was attracted to many course offerings outside my chosen field, however. I remember in particular a course in Japanese literature, which I enjoyed very much.

What was it like being a student in the late sixties?

On a physical level, Merrimack was a very different place between 1966 and 1970. At the time, there were large open areas, fields, and woods. Today, the campus is dense with buildings of all sorts. And of course, there are many more students attending the college now. The predominant social factor, during my time at Merrimack, was the Vietnam War. For many of us, the war dominated our thoughts and permeated our day-to-day lives, forcing us to make very adult decisions that would affect the rest of our lives. Of course, students today face their own difficult social and personal challenges, some of them matters of life and death as well.

What did your career path after graduation look like?

Like many people, I’ve had a varied career path. Following graduation in 1970, I worked with emotionally disturbed children in a residential treatment center. In 1972, I immigrated to Québec, Canada, where I purchased a 120-acre former dairy farm and converted it to a seed-grain farm and 1,000-tree apple orchard, which I operated for ten years. I returned to the United States in 1988 to attend graduate school at Bard College, graduating two years later with a master of fine arts degree. After several years of part-time teaching and theatrical design and fabrication work, I was hired as a full-time faculty member at a community college in New York, where I taught for over twenty-five years, serving as the Fine Arts Program director for many of those years. During my time at the school, I spent five years directing the gallery and also inaugurated and directed the Fine Arts Lecture Series, which brought figures of both national and international importance to campus.

How did your time at Merrimack college shape your career?

I took an art appreciation course with Professor David Raymond in 1967. Little did I know that Professor Raymond would reemerge decades later as perhaps the most influential and supportive person in my professional life. In 1988, as my life as a professional artist was beginning, I contacted David about the possibility of showing my sculptural pieces at Merrimack. I met him in his office in Sullivan Hall and showed him slides of my work. To my delight, he liked it very much and scheduled an exhibition for the following year. Thus my return to Merrimack as a forty-year-old artist.

In the years since then, I have formed a deep professional and personal bond with David. He exhibited my work again on two occasions, in 2003 and 2016, in the McCoy Gallery, writing a very perceptive essay on each occasion. In a video produced in conjunction with Icons and Instruments, the 2016 exhibit, David spoke at length about the work, demonstrating an intelligence that is not only penetrating but synthesizing.

My professional bond with David has not been unidirectional. In my role as the director of the Fine Arts Program at Columbia-Greene Community College, I organized an exhibition of David’s paintings in the college’s gallery, and he twice presented his work to my honors students as a guest speaker. On these occasions he impressed my students not only with the quality of his work, but with his artistic insights and his receptiveness to student comments. And in 2018, the campus community was honored to hear David present his work as that year’s Fine Arts Lecture Series speaker.

In particular, I want to mention David’s generosity. He has been supportive of my career both as an artist and as a teacher, and I will be forever grateful for all that he has done for me. He represents, I think, the very best qualities of the artist-teacher, a true role model. Now retired, he was an incredible asset to Merrimack College for over fifty years.

Can you give us a glimpse into what you are working on now?

Most days I work several hours in the studio. For the past year or two, I’ve been working on a group of wall-mounted sculptures that have evolved from the pieces shown in the 2016 Merrimack exhibit.

Do you have advice you would like to pass along to today’s students?

Throughout my life, the best things have happened because I took a risk, not a foolhardy risk, but one that was necessary or calculated. So although we might want a direct path, a clear destination, we must be careful not to be overly cautious.

“Too much caution can cause us to fall short of our true potential. And whatever becomes really important to you, you must commit to it completely.”

It may take some time to find what it is that’s vital to you, but once you’ve found it, you must focus on doing that thing to the best of your ability. 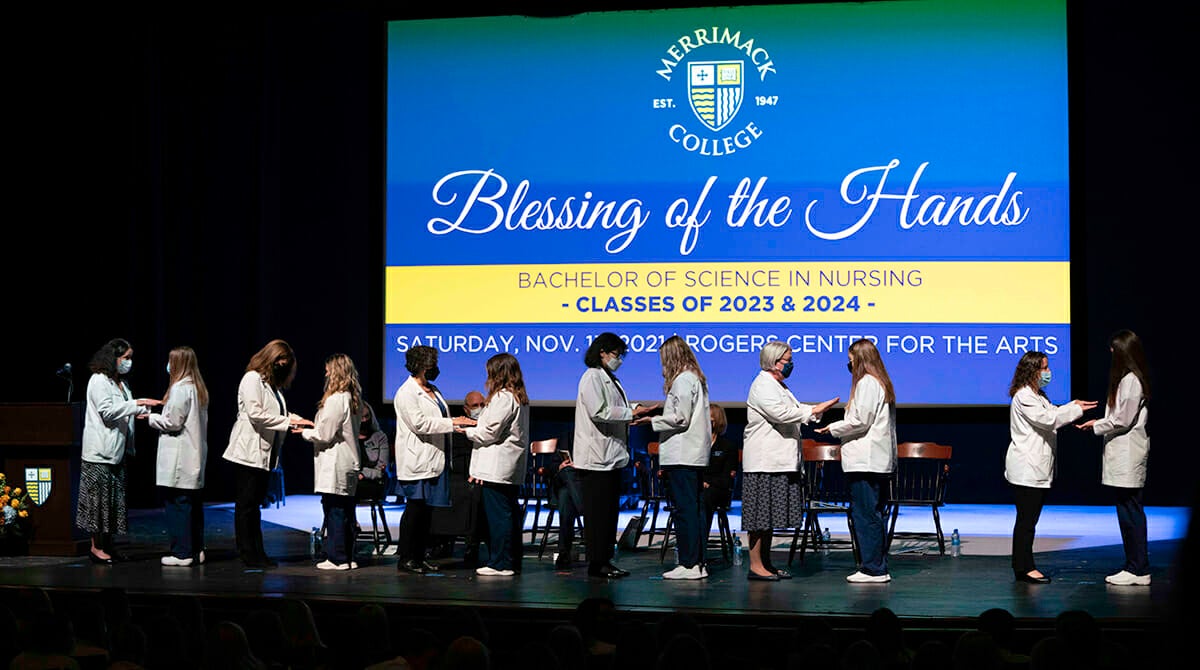