The sixth annual First Lecture featuring senior Greg Lingley is scheduled to be held at Cascia Hall Feb. 17 at 7 p.m. 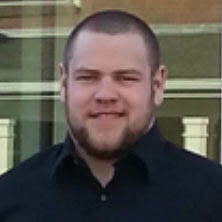 “I think it’s a great honor,” Lingley said. “It’s a great tool for me to get out how I feel about different things; and a great honor, again, for people to want to hear what I have to say.”

Lingley declined to release details about his lecture beforehand.

The First Lecture is a play on the Last Lecture, which has been popular on college campuses nationally, including Merrimack, since the 1990s. The format of the Last Lecture allows a professor to lecture on whatever subject they are most passionate about, as if it were the last lecture they would ever give, Dlugos said.

“The idea is they would talk about not so much the course material but their genuine passion, the thing they want to make sure gets across,” Dlugos said.

So the First Lecture turns it around to let an undergraduate student discuss whatever topic about which they feel passionately.

Lingley is an English major from Amesbury with minors in history and education. He played football throughout high school and his first two years at Merrimack before turning to rugby.

Lingley plans to be a middle school or high school English teacher and to coach football.

Some of his friends nominated him for the First Lecture.

About 10 nominees appeared before the selection committee this year, Dlugos said. During the interviews they are asked questions such as their majors, future plans, what changes they want to make in the world. Dlugos said he likes to ask students to imagine they are 50 years older and what parts of their lives they would want to look back on.

The selection committee goes back and forth discussing potential candidates and their merits until reaching a consensus on a lecturer.

“The process of choosing a person most closely resembles electing a pope,” Dlugos said.

When Dlugos arrived on campus as the vice president for mission and ministry, he helped rewrite the college mission statement.

Then he created the Mission Effectiveness Council to figure out how to live the mission statement. The council included four members each of the administration, staff, faculty and students.

“The idea was to generate ideas to keep people focused on the mission of the college,” Dlugos said.

He presented the council with a list of events such as lectures, liturgies and symposiums at the college that were focused on the Augustinian mission. The council noticed that the list included passive participation for students so student Brian Ciara suggested the First Lecture.

The Honor Society of Omicron Delta Kappa and the Student Government Association co-sponsor the event under the Office of Mission and Ministry.