A Winning Formula for Life 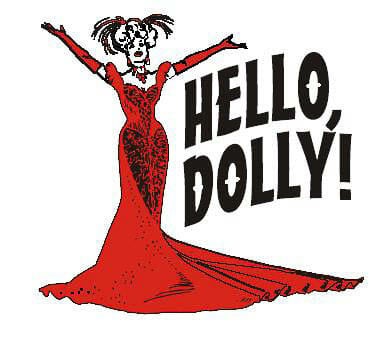 His wife Arleen ’94 and their two children—Kelly ’07 and Brian ’08—are all Merrimack grads. When it came time to select ambassadors for the Together for Good Faculty/Staff Campaign, Mike was a unanimous choice. Bradley has been honored with Merrimack’s Edward G. Roddy Outstanding Teacher Award, the Albert Nelson Marquis Lifetime Achievement Award, and named to Who’s Who Among America’s Teachers, America and the World lists. Despite his accomplishments, Mike has remained humble and approachable.

Since 1983, Professor Bradley has taught mathematics at Merrimack, serving as both department chair and co-chair during his tenure. “It’s the only job I’ve ever had,” he says, and he couldn’t be prouder. Both his parents were from Lawrence, MA where Mike grew up with his four siblings. His father attended Palmer College of Chiropractic in Iowa, but since chiropractic was illegal in MA at the time he became a firefighter instead. Like most mothers back then, Mike’s stayed home. “We would catch butterflies and ride bikes and go to the ballpark. It was like Leave it to Beaver,” he said.

A Passion for Numbers

Mike knew in high school that he wanted to major in mathematics in college. “Math is logic with numbers. To me mathematics explains the world—it’s about understanding relationships between variables.” When it came time to go to college, Mike applied to MIT, Boston College, UMass Lowell and Merrimack—all close enough to commute to. He got into all of them, but chose Merrimack because he was awarded a significant scholarship. “The school was also more welcoming than the others,” he said.

“After Merrimack I went straight to Notre Dame because I wanted to learn more math,” he said. There, he earned his Master’s and Ph.D., but when he started teaching calculus in his third year, he realized it was his passion. “There’s nothing like that aha moment, when a student finally understands something they’ve been struggling with because of you. It’s very rewarding.”

After Notre Dame, Mike got three different job offers. “I picked the lowest paying one,” he jokes, but money wasn’t the deciding factor. “Merrimack had a small enough department that I knew I could make a difference in the way mathematics is taught,” he said. He wanted a chance to get to know his students the way he had gotten to know his professors when he was at Merrimack. And he wanted to be in a community where people cared about each other. That’s what mattered most.

As a professor, Mike tries to make math meaningful to his students. That’s why he teaches a statistics class based on fantasy football. “If a student likes sports it’s a hook to get them interested in math. People use statistics to make decisions about our lives every day.” His daughter was born the first week he started teaching statistics. “7 pounds. 14 ounces. 19 inches. Even she could be described with statistics.” He cancelled class that day, and again two years later when his son was born. One of Mike’s students was in both those classes and asked him, “Is your wife pregnant?” hoping for another day off. Mike laughed, “That’s the kind of relationship we have with our students,” he said. “And I’m still in touch with a lot of them.” He attends every reunion, especially those of the first group he ever taught. “Now I’ve had some of their kids in classes,” he said.

For the last 12 years, Mike has donated both his time and financial support to Merrimack. “It’s important for outside donors to see that the employees of a school believe in the place. It’s not that I give a lot, but I give regularly because I believe in this institution—for me this isn’t just a job. Merrimack has given me a good life and I really appreciate it.” That’s why he became a campaign ambassador for Together for Good. “I hate asking people for money, but asking for Merrimack was different. I talked to 50 fellow faculty and staff members in the School of Science and Engineering and our donation numbers doubled. There’s something special about this place—our lives have been made better because of Merrimack. Once professors come here, they stay.”