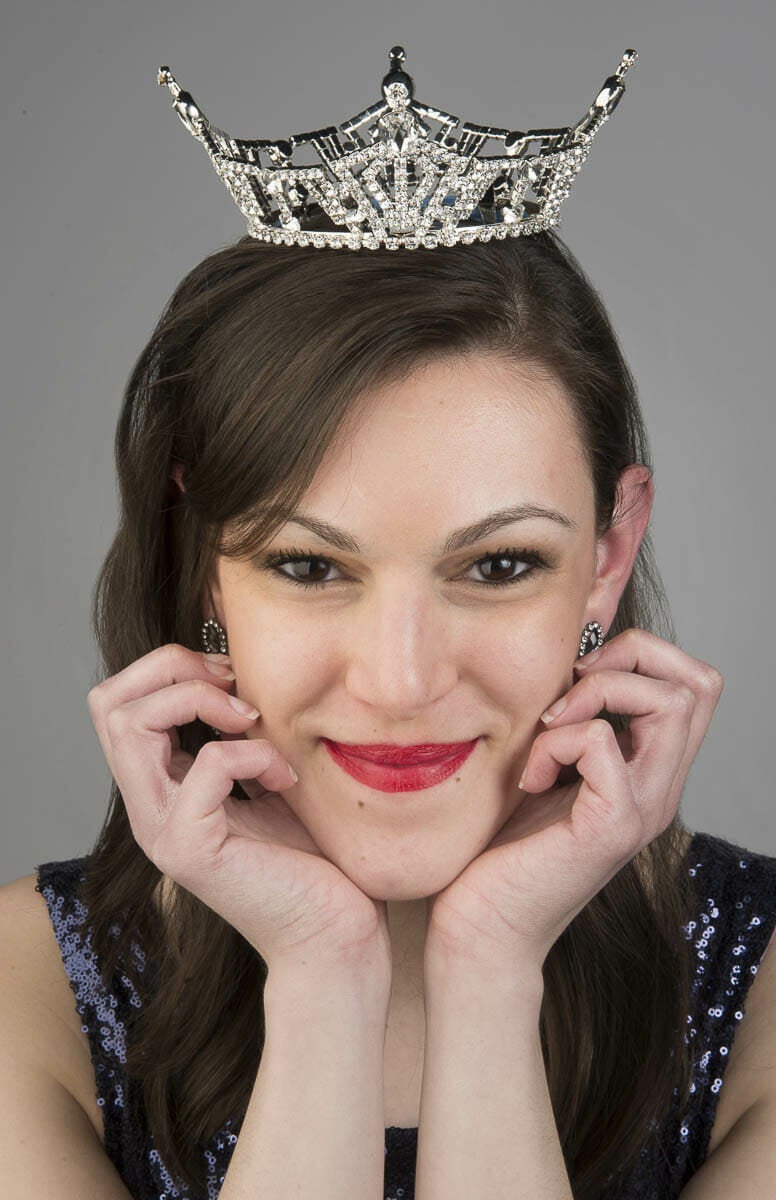 “It was a great experience,” Thomas said.

“It’s a little nerve-wracking but it’s also exciting,” Thomas said before the competition. “You watch things like that on TV and don’t think it’s achievable, but that’s one of the great things about this: nothing is out of reach. You see Miss America and think it’s impossible to get there, but it is possible.”

Thomas graduated in spring with a double major in biochemistry and secondary education, before starting graduate school with a goal of becoming a high school science teacher.

“I’ve always wanted to teach, that’s been a constant for me. And science has been easy for me, that’s been my joy,” Thomas said. “Science is really interesting but for me but the teaching part is what I really like.”

The best parts are the classroom work and mentoring students, she said. Thomas did her student teaching requirement at Andover High School last spring.

She didn’t make the top 10 on July 2, so she didn’t move on to the final day of the pageant. She’s an experienced pageant participant, and the reigning Miss Middleboro, Mass., but this was the first time she went to the state competition.

“It does just come with experience — the experience of being at the state level, which I did not have,” she said.

Thomas said she enjoyed the camaraderie with the other contestants in pageants, but the biggest attraction is the talent competition, which gives her a way to continue performing tap dance. She enjoys all forms of dance but really enjoys tap because it’s upbeat, energetic and so intimately connected to the music and rhythm in a similar way to drums going to the core of the beat, she said.

The talent portion of the Miss Massachusetts competition is a key part of the scoring, and Thomas said she nailed her performance. Especially considering she hadn’t performed on stage for a while.

“I think that was probably one of the best performances I gave,” she said. “I haven’t performed on a stage for a really long time but to be on a stage with the house lights off and the stage lights on makes a big difference and I really enjoyed the performance.”

This year’s competition is over but Thomas’ dream isn’t. She enjoyed the experience so much she’s going to work her way toward earning another shot at the state title.