David V. Sangiorgio only went a few hundred yards for his first job after graduating Merrimack in 1997. “I was already working at the Eagle-Tribune, in the circulation department, and stayed when I graduated,” he said. 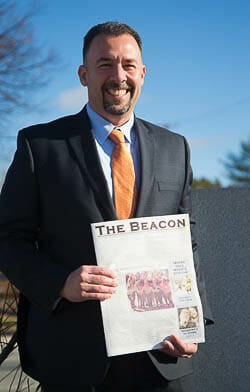 Sangiorgio rose through the ranks of the newspaper business and was named publisher of the Concord (N.H.) Monitor earlier this year. He’s the first publisher to come from the business side of the company in 30 years, which took some reporters and editors by surprise.

“Obviously, coming from the business side with finance, it was a culture shock for some of them,” Sangiorgio said.

He started his newspaper career at the Eagle-Tribune while still in high school, as a telemarketer, and continued during his college years to help pay his bills. It was the days before widespread use of Internet and social media, so he fell in love with being among the first people to know the news.

Sangiorgio worked his way to district sales manager, then served as the operations manager in the circulation department until 2007, when he joined the Concord Monitor.

“I was hired as the director of circulation,” Sangiorgio said. “I oversaw circulation (and) human resources, and took over as general manager in January 2013.”

Sangiorgio grew up in Methuen and started college at UMass Lowell, majoring in engineering. “I woke up one morning and said, ‘I don’t see this as my future,’” he said. “I took a semester off and transferred (to Merrimack).”

Merrimack was a better fit for him, with its classes of 12 to 14 students, rather than lecture halls with 150 classmates, Sangiorgio said. “I always felt you got a lot more of the attention from the instructors,” he said.

He met good friends such as Daryl Krauss, who played on the school hockey team, and enjoyed his professors such as Susan E. Pariseau in management and Joseph R. Stasio in marketing.

“The graduation, the atmosphere for graduation week is what I remember most,” Sangiorgio said. It was a fun time when everybody was focused on their future, he said.

The newspaper is a fun place to work, especially during the election season when Senate or presidential hopefuls visit trying to win editorial review board endorsements.

The newspaper business is evolving with the advent of social media and Internet content, Sangiorgio said. Newspapers gave away its product for years free of charge on the Internet, but they are moving to paywalls. “The days of giving away the news free is not sustainable,” he said.

The Science to A Better Sleep

Melissa St. Hilaire, a new professor of computer and data sciences at Merrimack, studies the impact insufficient sleep and circadian disruption has on health, safety and performance. 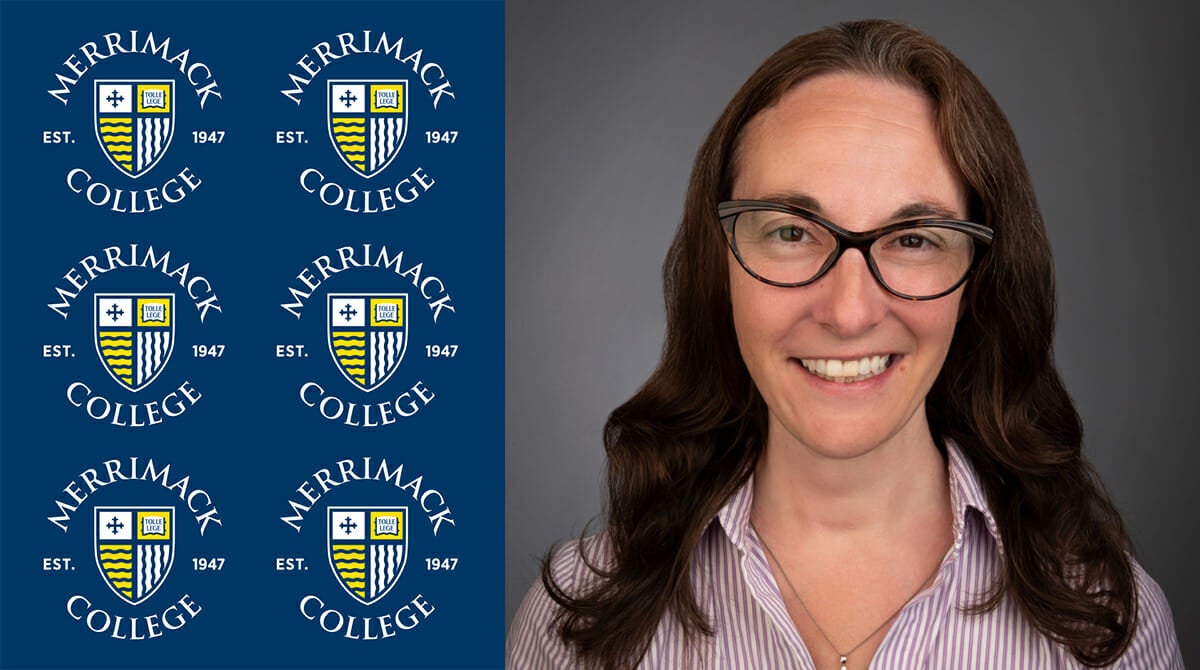