“You can be whatever you want to be,” Gov. Charlie Baker told several hundred Lawrence students at a rally celebrating the public schools' education partnership with Merrimack College and Northern Essex Community College. 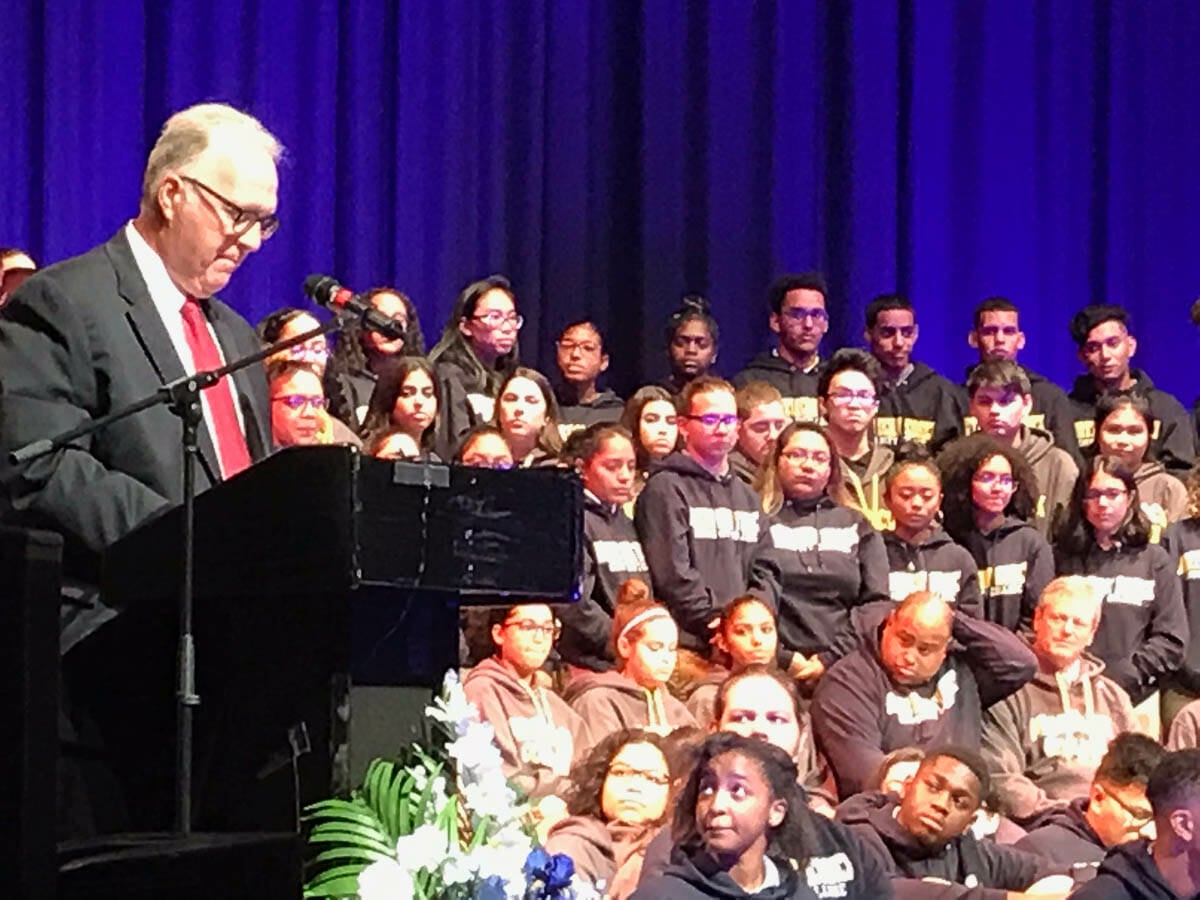 The College and Career Pathways program helps place high school students in classes at the two colleges, both to develop a feel for college life and accumulate college credit as a head start on higher education.

Baker and Mayor Dan Rivera encouraged the students at Lawrence High School with stories of their own paths to success. “Anyone can be governor,” Baker said, pointing a finger at his own chest. Rivera, a Lawrence native who grew up with a single mother in public housing, reminded them: “I wasn’t born the mayor.” The key to success, both said, was education.

Currently, 64 juniors from Lawrence High’s honors program, Abbott Lawrence Academy, take courses at Merrimack. College President Christopher Hopey said they are helping themselves, their families, their community and the college.

“Students who take college courses while still in high school are more successful when they transition to college full-time,” Hopey said. “They graduate on time at a higher rate because of this head start, and thus they can begin their careers earlier,” not only saving college costs but also allowing young people to begin giving back at home and in their communities.

“And Merrimack benefits by this wonderful young people joining us,” he said, in part from the “energy and vigor” they bring to campus but also because it speaks to Merrimack’s traditions and mission, created by Augustinian friars from Lawrence whose mission was to minister to immigrant communities and help them both spiritually and economically.

Hopey also noted Merrimack’s Hands to Help community service in Lawrence, a partnership with the Augustinian parish of St. Mary of the Assumption, and other programs in the city.

The pathways program, funded in part by the Smith Family Foundation, is an initiative of the Lawrence Partnership, a city-wide coalition of business, health-care, education, nonprofit and government leaders focused on growing the city’s economy. 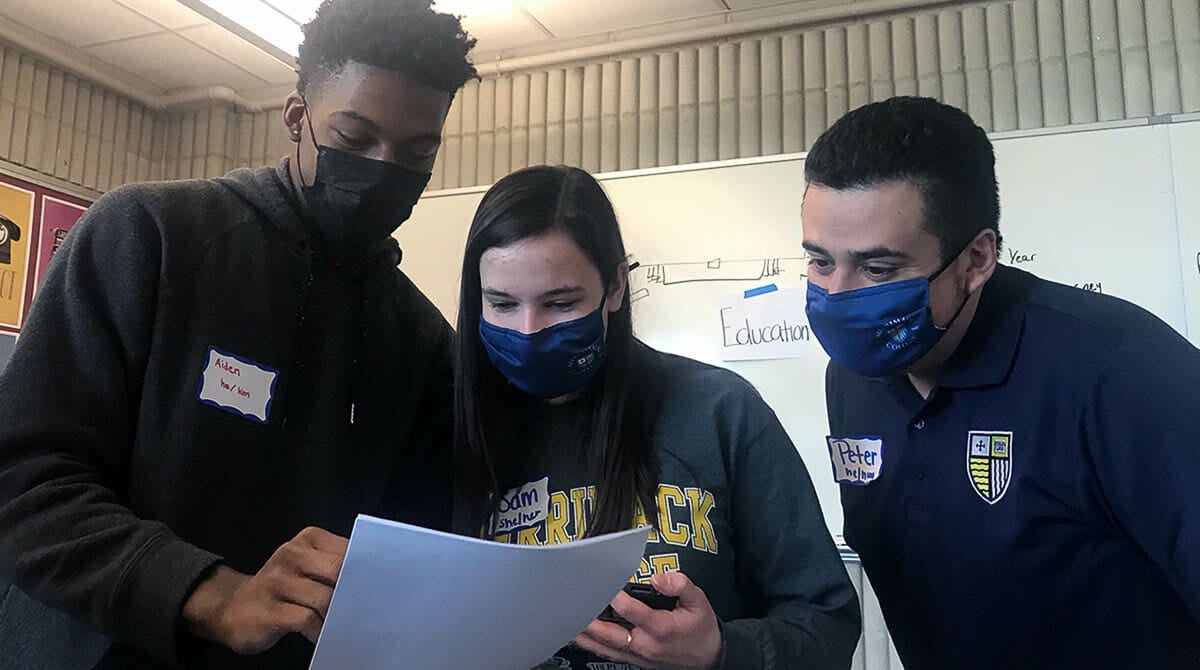