Cardinal Seán O'Malley visited Merrimack College April 5 to take part in the annual Feast of Faiths and Awards Dinner and to hand out awards to four esteemed recipients. 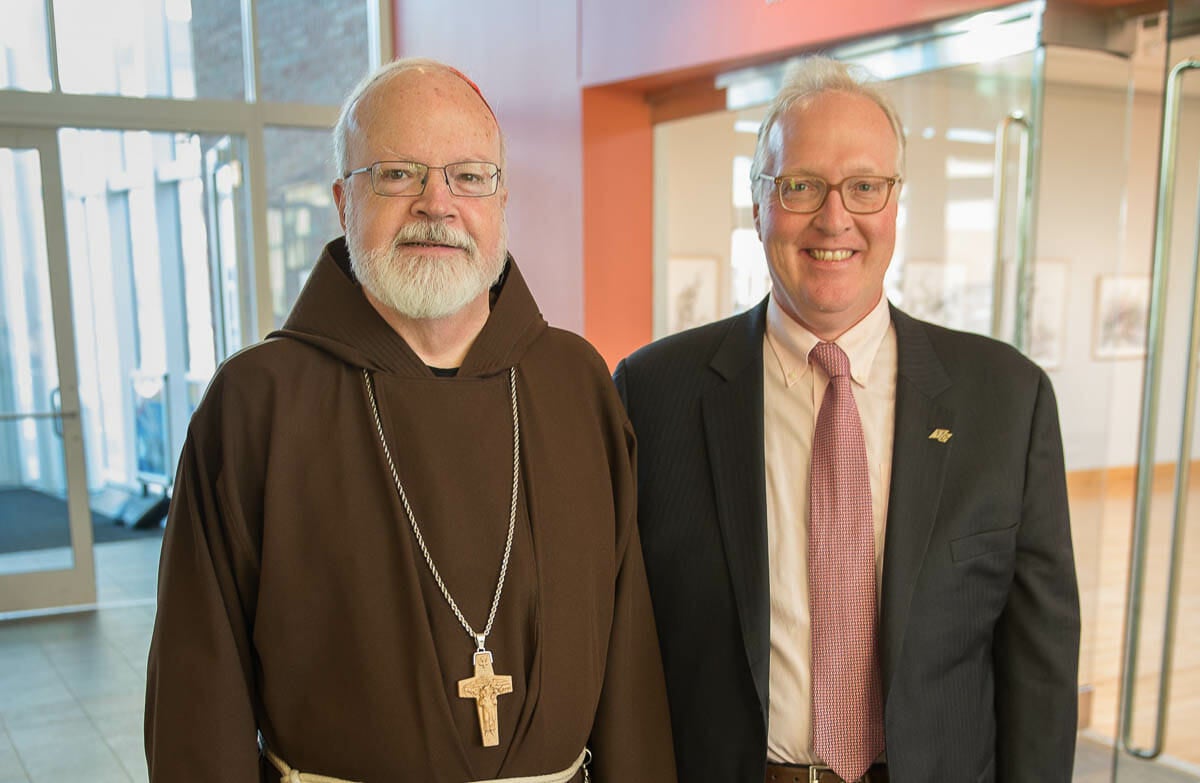 Merrimack’s Center for the Study of Jewish-Christian-Muslim Relations honored Eileen Jennings ’64 with its first Nostra Aetate Award; the Rev. Diane C. Kessler and the Ref. David C. Michael each with the Krister and Brita Stendahl Holy Envy Award; and Maria Haseeb ’16, with the Interfaith Leadership Award.

The Nostra Aetate Award reflects the name of the Vatican II document of the same name about interfaith relations and translates as, “In Our Time.” This is the first time the award is being given. The Krister and Brita Stendahl Holy Envy Award honors recipients for their day-to-day work in interfaith relations.

“This year, fittingly, is the 50th anniversary of Nostra Aetate, which is the church’s official teaching around our relationships between Catholics, Jewish people, and the Muslim faith,” Cardinal O’Malley told the assembly at Rogers Center for the Arts.

Pope John XXIII helped save many of the Jewish people from Nazis and had many friends of the Jewish and Muslim faiths, Cardinal O’Malley said. It was John XXIII’s vision and humanity that was the impetus for the wonderful document that calls for a world in which people live as brothers and sisters.

“It’s not a passing theory, it’s part of our belief system and part of our identity as Catholics,” Cardinal O’Malley said.

Religion shouldn’t be a vehicle for violence and hatred; real religion is transcendent and open so it bring people together, he said. Cardinal O’Malley praised the awards recipients for their work making the world a better place by bringing Catholics, Jews, and Muslims together.

President Christopher E. Hopey, Ph.D. opened the awards dinner, assuring Cardinal O’Malley and guests that the school remains committed to its founding principles of education and formation of the whole students, including the mind, body, culture and spirit.

“As our strategic plan highlights, we are a contemporary Catholic college that continues to embrace the religious and cultural diversity of New England, the country, and the world,” President Hopey said. “Our Center for the Study of Jewish-Christian-Muslim Relations is one expression of the college’s commitment to diversity and to the spiritual, social, and cultural formation of our students.”

Jennings is an ardent supporter and benefactor of the Center for the Study of Jewish-Christian-Muslim Relations.

Jennings has designated a cash endowment and bequeathed a posthumous portion of her retirement fund to the center. That’s on top of the Jennings Family Endowment for International Education she established in 2004 through a generous donation funded by her mother’s estate, to help pay expenses for Merrimack students who study overseas or take part in other international education opportunities.

“I would like to say think you for the award, it’s very meaningful to me,” Jennings said.

The Rev. Kessler, of Newton, Mass., is an ordained minister of the United Church of Christ and is the past president of the Massachusetts Council of Churches. Her ecumenical work before retiring was focused on inter-Christian relations but she often worked with the Jewish and Muslim faiths, so she sees herself as an ecumenical and inter-religious advocate.

“It isn’t always easy,” she said. “If we become personally engaged in such encounters, we must be prepared to confront our own fears, anxieties and prejudices. Yet when we allow our curiosity to get beyond the cursory to genuine exchanges, interesting things happen: We develop an appreciation for the other in his or her “otherness” … As a result, we become fuller, richer, better human beings.”

Fr. Michael is pastor of St. Joseph Church in Needham, Mass. and associate director of the Archdiocesan Center for Ecumenical and Interreligious Affairs in Braintree. He’s been an advisor for years to professor Joseph Kelley, director of the Center for the Study of Jewish-Christian-Muslim Relations.

The last 50 years have been an opportunity for reflection and re-dedication to the work of interreligious studies. Even though there’s been significant headway there’s a long road ahead,” he said.

“In that spirit, I want to encourage the work of this center, and the students who are part of its mission, to persevere in their growth in knowledge through the hard discipline of study and reflection, so as to nurture an ongoing commitment to reach out across religious differences,” Fr. Michael said. 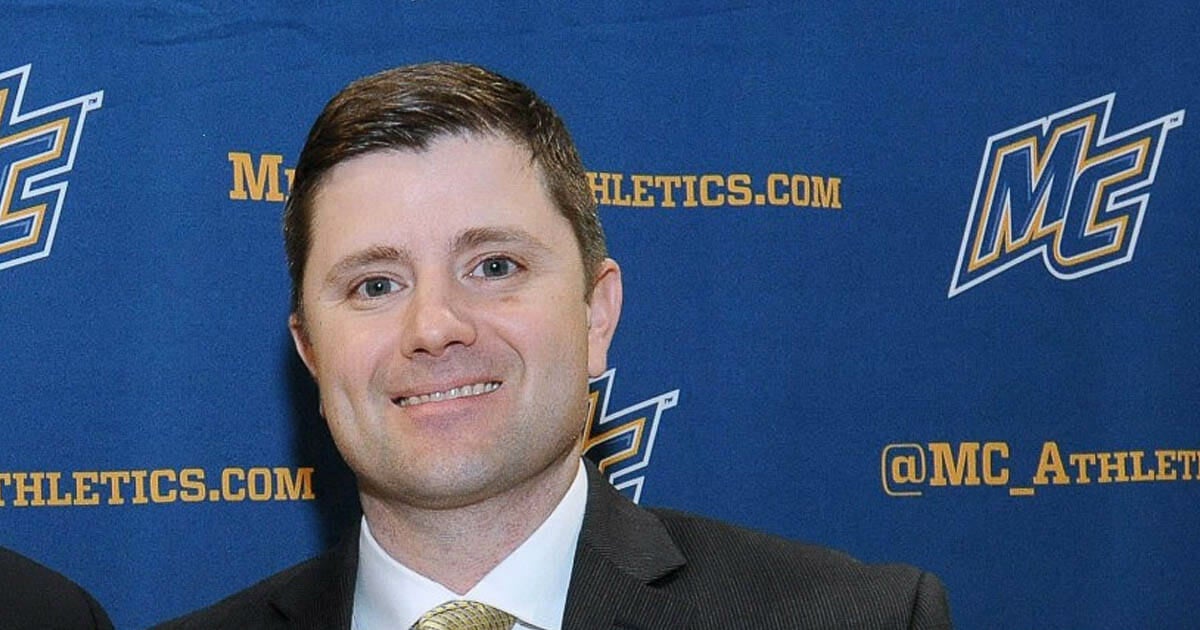