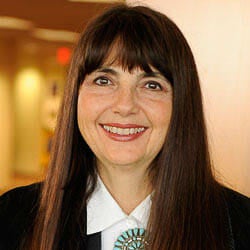 “The purpose of it basically is the same thing as Women’s History Month in March,” said associate professor Gordene MacKenzie, chairperson of Women’s and Gender Studies. “It’s a time to look at issues associated with women and basically celebrate accomplishments.”

March is celebrated as Women’s History Month internationally but Merrimack’s observation is held in April because there have been too many times when inclement weather interfered, MacKenzie said.

The goal is to open a dialogue on interesting topics for women and men. As the number of international students on campus has grown, the focus moved toward international topics.

Malik is a performance artist who will present her one-woman play called “Unveiled” Tuesday. The play raises questions about how Muslim women are perceived and treated, as well as how they want to lead their lives, MacKenzie said.

“Essentially, what we are looking at is racism, hate crimes, love, Islam, culture, language and life,” MacKenzie said. “She plays several different characters and she will be talking about those issues.”

Malik was born in London but immigrated to Illinois when she was a teenager.

Malik is a resident playwright with the Chicago Dramatists.

She’ll lead a question-and-answer session following the play then hold a book signing before a reception.

Women’s Week organizers last year hosted Piper Kerman, the author of “Orange is the New Black.” She drew more than 550 people to the Sakowich Center’s MPR for a discussion on judicial reform and women’s prisons.