Merrimack College civil engineering assistant professor Jim Kaklamanos is a traveling man this summer, first journeying to Utah for coursework on pile driving for new buildings, and next he's off to New Zealand for research. 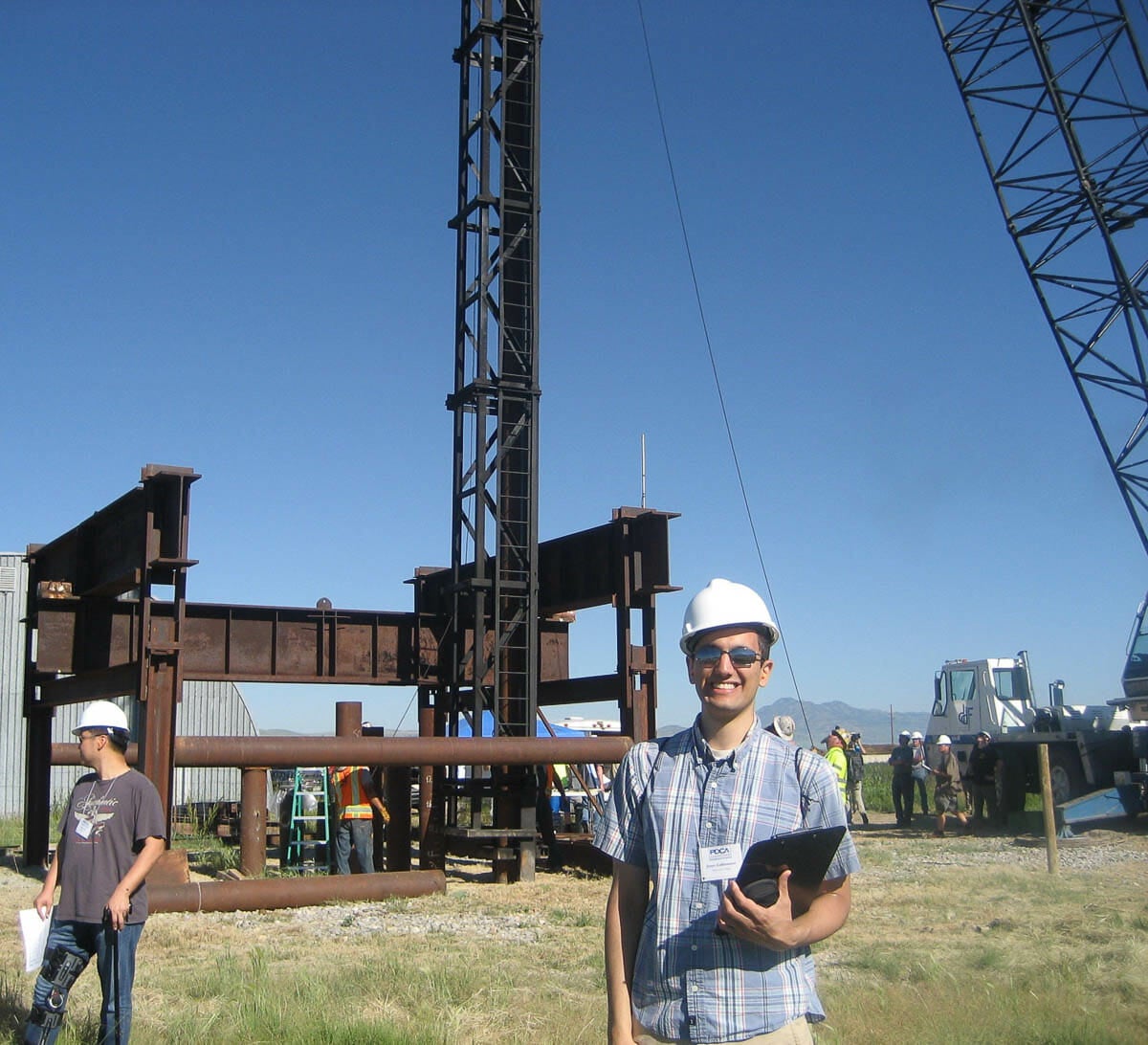 Kaklamanos enjoys standing at the head of the classroom sharing his knowledge with students but sometimes it’s nice reversing roles to be the student.

“I learned a lot,” Kaklamanos said. “I would say it’s one of the most worthwhile educational experiences I’ve had as faculty.”

That love of learning earned him the Excellence Award from his peers and instructors at the Professors’ Driven Pile Institute sponsored by the Pile Driving Contractors Assoc. June 21-26.

“It was an honor,” Kaklamanos said after returning to Mendel Hall.

The association specializes in the design and construction of driven piles used during construction of buildings to reach relatively solid soil on which to build foundations. Builders can use steel, concrete or timber piles.

The institute was a way to transfer Kaklamanos’ work from the theoretical to practical so he can speak with more authority while teaching.

“You can always use more field experience as a professor, to make sure students learning the most up-to-date aspects of design and engineering,” Kaklamanos said.

The coursework of classes, lectures and lab work was designed for faculty who teach geotechnical engineering courses, which is Kaklamanos’ sub-discipline in civil engineering that deals with earth materials and the interaction of infrastructure with those earth materials.

“The whole week felt like I was a student again and I had fun with that,” Kaklamanos said. “The whole thing was fun. Being out in the field and seeing everything we talked about was really rewarding.”

His summer of study is far from over. Kaklamanos is scheduled to travel to Christchurch, New Zealand from mid-July to the end of August to collaborate with a professor from the University of Canterbury on earthquake research.

“I’ll be going out there to do research on earthquake ground motion models, Kaklamanos said.

New Zealand is an active seismic environment for earthquakes.  Christchurch is on the edge of the fault so doesn’t get as many quakes as other parts of the country but it was devastated by a 7.0 magnitude quake in September 2010 and then a 6.3 magnitude quake in February 2011 that killed 185 people.

“That earthquake will shape a lot about what we know about earthquake effects,” Kaklamanos said.

The construction industry will learn how to make better buildings to withstand effects of earthquakes.

Watch the video below of the installation of the pile.  A diesel hammer is used to exert energy to the pile, which drives it into the ground.