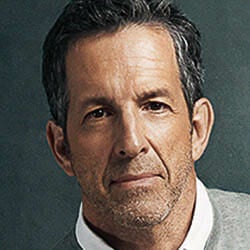 Mary Jennings Hegar, an author and retired military pilot who was decorated for combat in Afghanistan, will address the graduate student commencement the preceding Friday, May 19.

Both speakers will be presented with honorary doctorates in ceremonies in the Merrimack Athletics Complex, as the college bestows degrees on approximately 650 undergraduates and 275 graduate students.

More than 30 years ago, Cole leveraged his passion and unique brand platform to make a meaningful impact on people’s wardrobes, as well as communities in need. Today, the Kenneth Cole Foundation remains committed to supporting collective health, civil liberties and artistic activism.

Hegar, a former Air National Guard major, served three tours in Afghanistan as a helicopter pilot. For action in 2009 against the Taliban, she was awarded the Distinguished Flying Cross with Valor Device and the Purple Heart; she later joined a suit against U.S. policy barring women from combat, which was eventually repealed.

Hegar’s memoir, “Shoot Like a Girl: One Woman’s Dramatic Fight in Afghanistan and on the Home Front,” was published in March by Berkley Books. She teaches at the McCombs School of Business at the University of Texas.

At the undergraduate ceremony, the college will also present honorary doctorates to: