College Founded for Veterans Honors Those Who Served

Merrimack College, founded in 1947 to educate World War II veterans, honored those who served with a Veterans Day ceremony Nov. 10 in the Sakowich Campus Center. 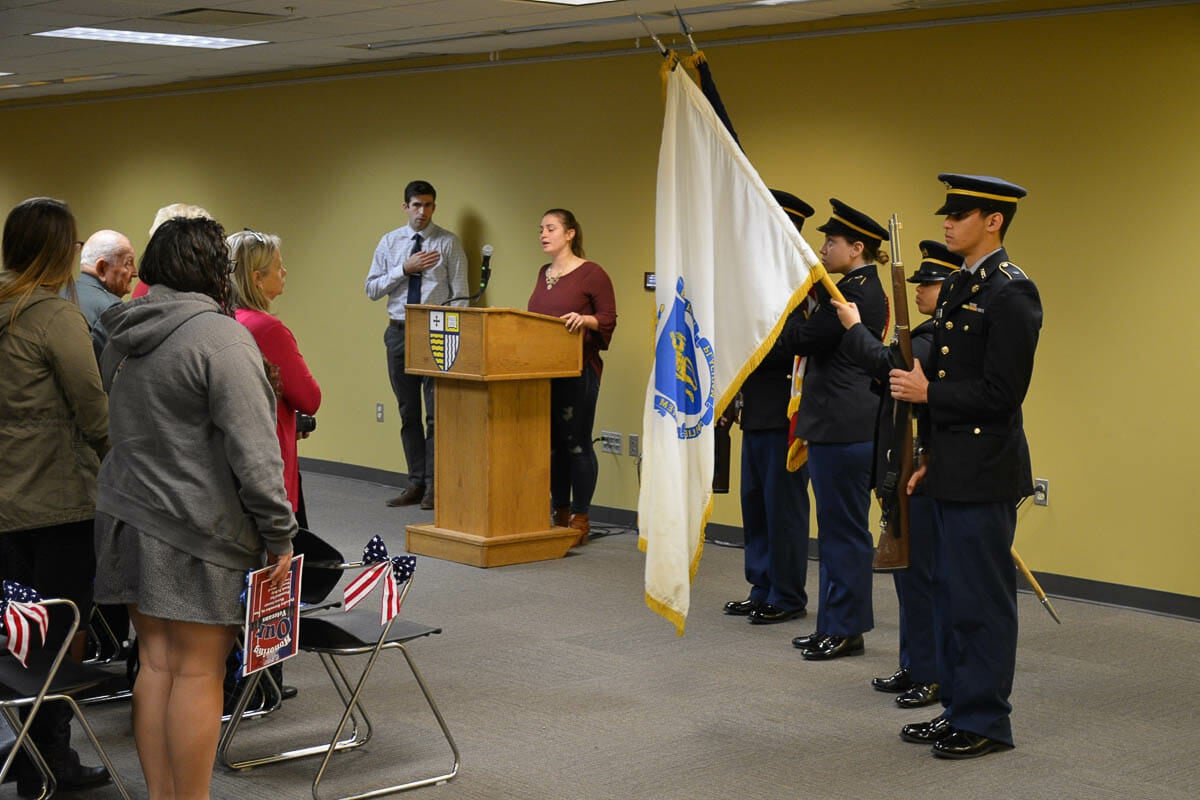 Musgray recounted the Army career that took him from a draftee in 1961 through tours of duty in Vietnam, Germany and U.S. training facilities, and commanding cadets for Boston University’s ROTC program, along the way collecting a Purple Heart and two Silver Stars.

Father Raymond Dlugos, O.S.A., greeted guests and recounted his family’s history of Navy service — his parents met while stationed at a naval hospital after World War II, and his two brothers and sister did Naval service as well.

The event featured Lawrence High School’s Junior Reserve Officer Training Corps’ color guard, which presented the colors, and patriotic songs by Gianna Ferrini ’20. Christina Lannon ’19 recited the poem “What Makes a Warrior,” and Lt. Thomas Murphy of the Merrimack College Police Department added thoughts about his days serving in the Navy, on the Lawrence police force and at Merrimack’s campus.

Pat Walor, of Dracut, Massachusetts, a World War II Army veteran who served in France, was introduced as a special guest.

Dipanfilo thanked the dozens of attendees from Merrimack’s student body, faculty and staff. “Your presence here today is a tribute to the troops and their families,” he said.

The event was organized by Merrimack’s Office of Community Outreach.