With a toast and a shower of confetti, Merrimack College formally named its first academic building in a quarter century, for the college's most generous donors, board chairman Michael '92, H'17, and Kerridan Crowe, P'17. This gift marks the largest individual contribution made in support of the college to date. 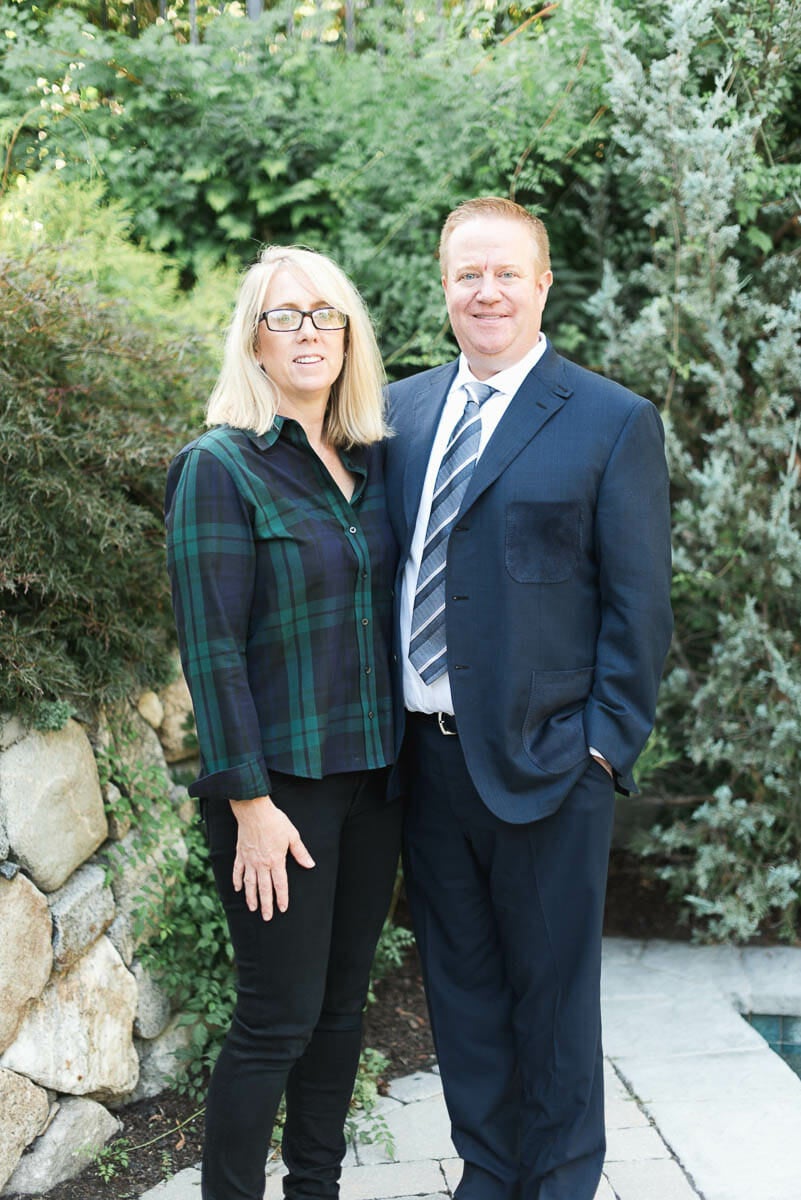 “Today we celebrate Michael and Kerridan’s history of support for the students and faculty of Merrimack,” President Christopher E. Hopey told those gathered at the Celebrate Together naming event June 3. “A history that encompasses two generations of Crowes and that now, in its later chapter, sees the unveiling of Crowe Hall, the new home of the Girard School of Business, where future Warriors will discover their paths to success.”

Hopey also acknowledged Frank Girard ’62, H’16, G’17, on hand to celebrate his 55th reunion and whose gift supports the Girard School, for his generosity to, and his legacy at, Merrimack College.

Turning back to the Crowes, Hopey acknowledged that the couple “have displayed their deep and abiding passion for Merrimack,” not merely with the gift, but with their co-chairmanship of the Together for Good campaign. The Crowes’ daughter, Keelyn, graduated from Merrimack in May, continuing the Crowe family legacy.

Hopey praised Michael Crowe as an “engaged and strategic partner in all we have done to propel the college forward,” building on his entrepreneurial success and investing acumen to help guide the administration.

At the ceremony, the Crowes thanked their parents, who were in attendance, and praised Hopey’s record of success in fundraising, enrollment and expansion of academic offerings at Merrimack. He also acknowledged many of his classmates who had returned to campus to commemorate their 25th reunion at Merrimack.

Michael Crowe is founder and chief executive officer of ClearSurance LLC, former senior vice president of Brown & Brown and former co-founder and CEO of Crowe Paradis Holding Co. After graduating from Merrimack, he went on to earn a law degree at Suffolk University.

He is a member of the board of overseers at Boston Children’s Hospital and director of Matrix Healthcare Services and Surfside Coffee Co. He was recently honored at Merrimack’s 67th undergraduate commencement with an honorary Doctor of Business Administration.