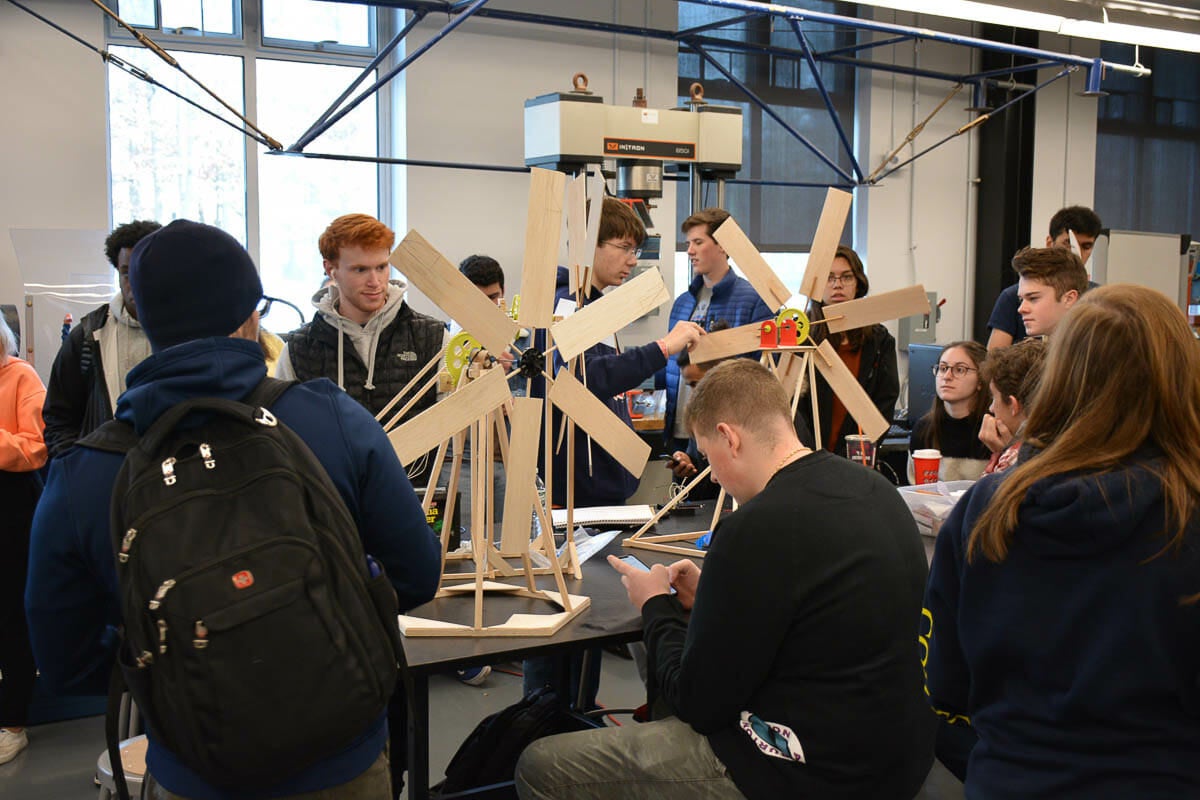 On Dec. 6 students from Merrimack’s Introduction to Engineering class vied for the top spot in a hands-on windmill design competition. Led by assistant professor of civil engineering Cynthia Carlson, participants pitted their balsa wood windmills against each other to compare electrical output, aesthetics and weight.

“It’s a very interdisciplinary project so they have to do a lot of research and have some fun,” Carlson said.

There were about 16 six-student teams in two classes during the fall semester. Upperclassmen from Merrimack’s iTEC living-learning community served as mentors for each team.

On one typical morning, the engineering students crowded into a classroom in Palmisano Hall to work on their projects and test them against a box fan creating a strong wind. They used circuit boards to measure the electrical outputs of each windmill. Electrical and computer engineering department associate professor Jack Adams taught the students how to code the circuit boards.

“A lot of it is trial and error on their own — and being creative,” Carlson said. “I want them to learn to take their education into their own hands. I’m trying to empower them, which they are going to need in their careers after school.”

“It’s been fun trying to see where we have to improve on it,” Castrios said as he walked out of the classroom.

“I’ve never done something like this before,” she said. “And you work with people from different disciplines in engineering so it’s nice.”

Pullen was responsible for making the circuit board and it’s been a lesson in patience, he said.

The teams used academic poster boards to describe their building process and materials efficiency. Team 5, also known as “Dream Team,” won and will have its members’ names immortalized on a plaque with past winners. The team included Rivency Jeudy, Gage Johnson, Colin Rahaman, Dani Duhamel, Casey Hatch and Dylan Parmenter.