Tom Nolan wanted an extra cache of expertise, so after a 27-year career as a Boston police officer and seven years as a professor at Boston University he joined the U.S. Department of Homeland Security's Office of Civil Rights and Civil Liberties. 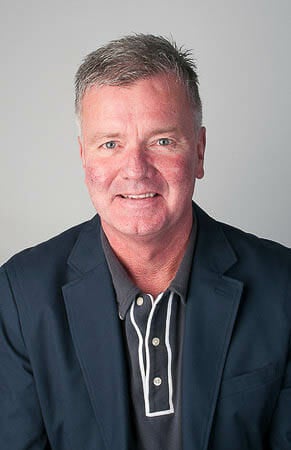 Now he’s back in academia, as an associate professor in Merrimack College’s School of Education and Social Policy, and is helping develop a graduate program in criminology.

Nolan’s expertise, honed during his time with police and Homeland Security, has earned him a reputation as a reliable source on criminal and civil liberties issues for media outlets such as CNN, ABC News, National Public Radio, WCVB in Boston, and even Russian and Czechoslovakian media.

“I see my role as providing the counter-narrative,” Nolan said from his office in Austin Hall recently.

Hiring Nolan was a coup for the college, said School of Education and Social Policy Dean Dan Butin.

Nolan is part of the debate on crime and criminal justice in the country and his expertise brings credibility to the school and its proposed master’s program, Butin said.

Most of his students at Boston University were eyeing careers in federal law enforcement, so when Homeland Security recruited him, Nolan jumped at the chance to see how the department operated.

He traveled around the country for a year to such places as Salem, Ore., Minneapolis, and Baton Rouge, La. training agents on civil rights and civil liberties issues.

Homeland Security teamed with the U.S. Department of Justice and law enforcement agencies around the country to jointly set up “fusion centers,” including two in Massachusetts, at which they share intelligence about suspected terrorists with each other.

After Sept. 11, 2001, there was a tremendous amount of concern about the lack of information shared between federal agencies and especially with state or local law enforcement agencies. “In addressing that failure to share information, fusion centers were established,” Nolan said.

With so much information being collected it’s possible to overstep the protections of the Constitution, Nolan cautioned. His responsibility was to remind law enforcement officials of how far they can go in monitoring suspects, collecting, or storing information .

Certain actions, such as the Occupy Wall Street protests that started in 2011, drew law enforcement attention — but were legal, Nolan said.

Investigators aren’t allowed to collect information such as the types of cars people drive, their home IP addresses or their photographs without a just cause. “I have to have a reason for collecting that and storing it,” Nolan said.

In areas of the country where there aren’t viable terrorist targets, Nolan and other agents would warn law enforcement about potential “mission creep,” into unauthorized areas of surveillance.

Nolan chose to bring his renowned credentials to work at Merrimack because it’s a smaller school and offers him the best chance of having an impact on the lives of students.

“We have an opportunity to make a somewhat profound influence on our students you don’t have at a large university,” Nolan said. “So that was the draw for me.”

Merrimack has identified three areas that offer the quickest employment opportunities in criminology specialties, Nolan said. The course work is geared to help graduates go into the three specialties, including intelligence and technology work as analysts at places such as fusion centers; work in justice advocacy, such as being a victim advocate in the courts system; and research methods and program evaluations.

Merrimack’s program is different than those of other colleges or universities in its ability to customize courses to help students find work, he said.

“The program is driven by the needs of the profession so students coming out of the program are extremely attractive candidates for employment,” Nolan said.