When the legendary English mountaineer George Mallory was once asked why he wanted to climb Mount Everett, he famously replied, “Because it's there.” 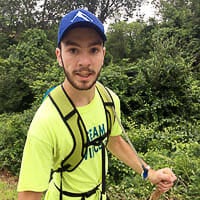 That sentiment would surely resonate with rising sophomore Vince Skelton ’20, who, in the early-morning hours of Aug. 6, will set out on the 2017 Sunrise Ascent on Mount Washington, a 7.6-mile climb of the highest peak in the Northern United States.

But Skelton, an Ipswich, Massachusetts, native who was born with spastic, quadriplegic cerebral palsy, has more ultruistic reasons for wanting to reach the 6,288-foot summit: raising funds for Adaptive Sports Partners of the North Country, a nonprofit organization that facilitates adaptive sports and recreation opportunities for people with physical and intellectual disabilities.

“I feel like it’s an opportunity for me to give back and raise money for Adaptive Sports Partners to change the lives of other people with disabilities,” said Skelton, who began skiing with organization’s New England Disabled Sports program six years ago. “They changed my life.”

Skelton has been defying the odds his entire life. Doctors gave him little to no chance of walking when he was born, but through perseverance and dedication he has become an avid athlete and outdoorsman.

He reached the summit of Mount Washington once before, in 2014 — but this year will be his first try without the use of a wheelchair.

Skelton was thwarted from achieving the feat last year when bad weather led to the event’s cancelation. To satisfy his competitive urge, he hiked one of the most difficult trails at Mount Monadnock in September with the assistance of his support team.

“It was a great lesson because he learned to let us help him, especially on the parts we had to go hand-over-hand on the rocks,” Skelton’s mother, Janice, said. “He had to learn not to be stubborn.”

In preparation for this year’s climb, Skelton has been walking up to five miles a day, four or five days a week, to build up his strength and endurance. His team this year will include Merrimack classmate Noah Davis ’20, of Derry, New Hampshire, and alumnus Chris Hynes ’17, of Kennebunkport, Maine.

“I’m amazingly proud, but also a little bit worried,” Janice Skelton confessed. “This is really going to stress his body, but he does not shy away from a challenge.”

Skelton’s father, Bill, has no doubt the youngest of his three children will finish the climb. He describes Vince as a determined spirit who finds solutions, rather than obstacles, to challenges.

Vince Skelton and his team have received more than $3,400 in pledges for Sunday’s climb. Their goal is to raise $6,288, representing $1 for each foot of elevation.

Donations for Team Vince can be made at www.sunriseascent.org/vince.

Vince is also a member of the Merrimack College Honors Program.