Pedro Lugo '21 gave away a ticket to a Red Sox game and in return received a new perspective on the plight of homeless people in the Greater Boston region. Now Lugo and his friends are on a mission to alleviate the suffering of those who live on the streets. 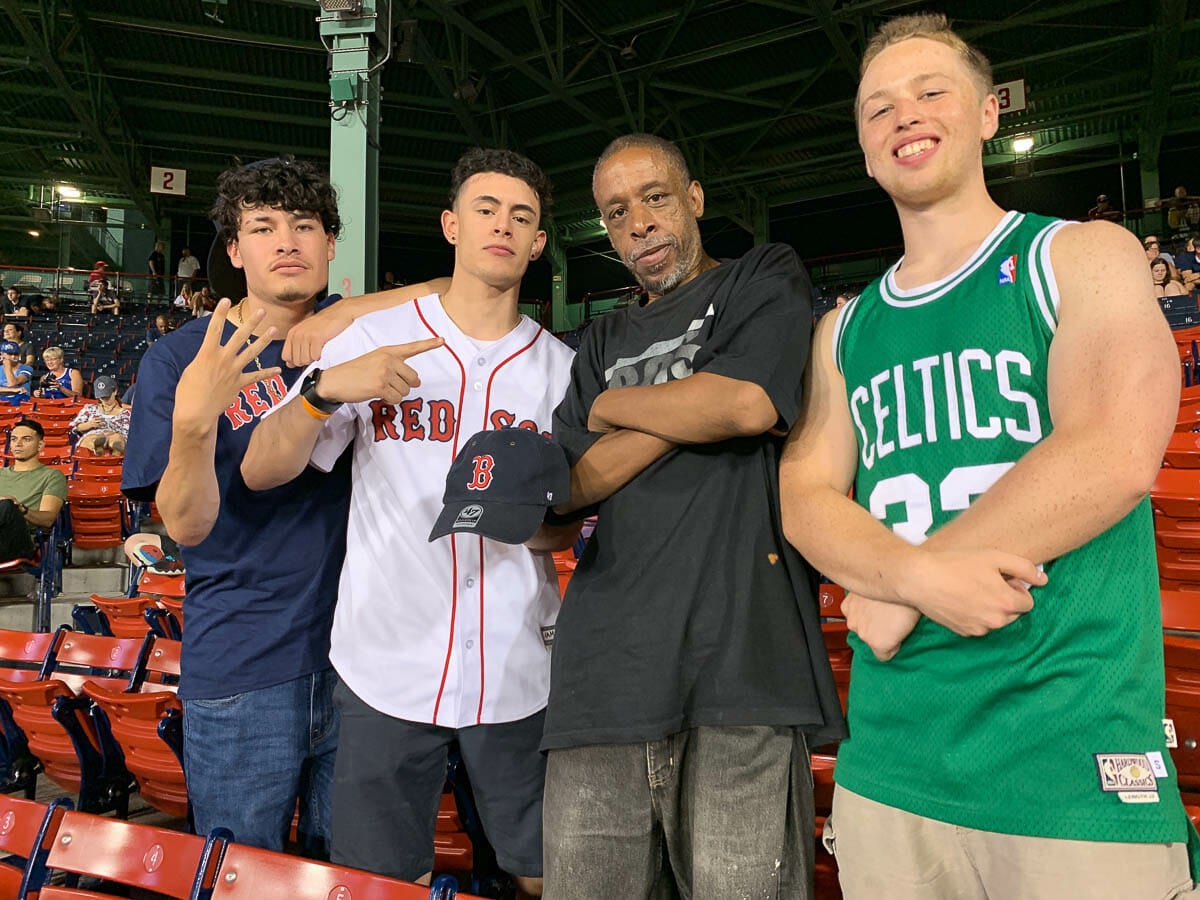 Lugo, a sports management major from Malden, Massachusetts and three of his buddies from Malden were headed to a Red Sox game at Fenway Park when one of them had to bail out for personal reasons. Rather than trying to sell the extra ticket on Brookline Avenue where it seemed every other person was hawking a ticket, Lugo decided to give it to a homeless man named John sitting on a sidewalk holding a sign that read, “Need change. Enjoy the game.”

“I told my friends I’d rather take someone who will appreciate the ticket and have as much fun as we will,” Lugo said.

They sat in the grandstands where John danced and celebrated his good fortune singing “Sweet Caroline” with a beer. With the Sox losing 10-4 in the eighth inning, John left to find a bed at a homeless shelter before it was too late.

All Lugo and his friends know about John is that he’s a military veteran.

Lugo started to catch heat when he posted a picture on his Twitter account of John holding the beer. Twitter snipes claimed Lugo and his friends were seeking fame and feeding an alleged alcoholic addiction of the homeless man.

“That was never our intention,” Lugo said of seeking fame. As for buying a beer for John, Lugo reasoned that’s what you do at a baseball game and his guest didn’t want food.

“We just helped him for those few hours but he’s still homeless,” Lugo said.

The trio of friends have been trying to find John. They received reports of others spotting him in the Brookline Avenue area but he’s remained a ghost to them.

So they are turning their attention to helping as many homeless people as they can.

The three college students bought $3,000 worth of athletic socks from the Nike outlet in Assembly Roy in Somerville for donation to Boston Health Care for the Homeless Program.

Now they are starting a program of walking around Boston handing out as much food as they can afford starting Aug. 29 at noon. They have started a GoFundMe page to help support the venture.