North Andover elementary students who file off buses at the Royal Crest Estates North Andover make their way to the complex's clubhouse where students from Merrimack College are waiting to help them with schoolwork three days a week. 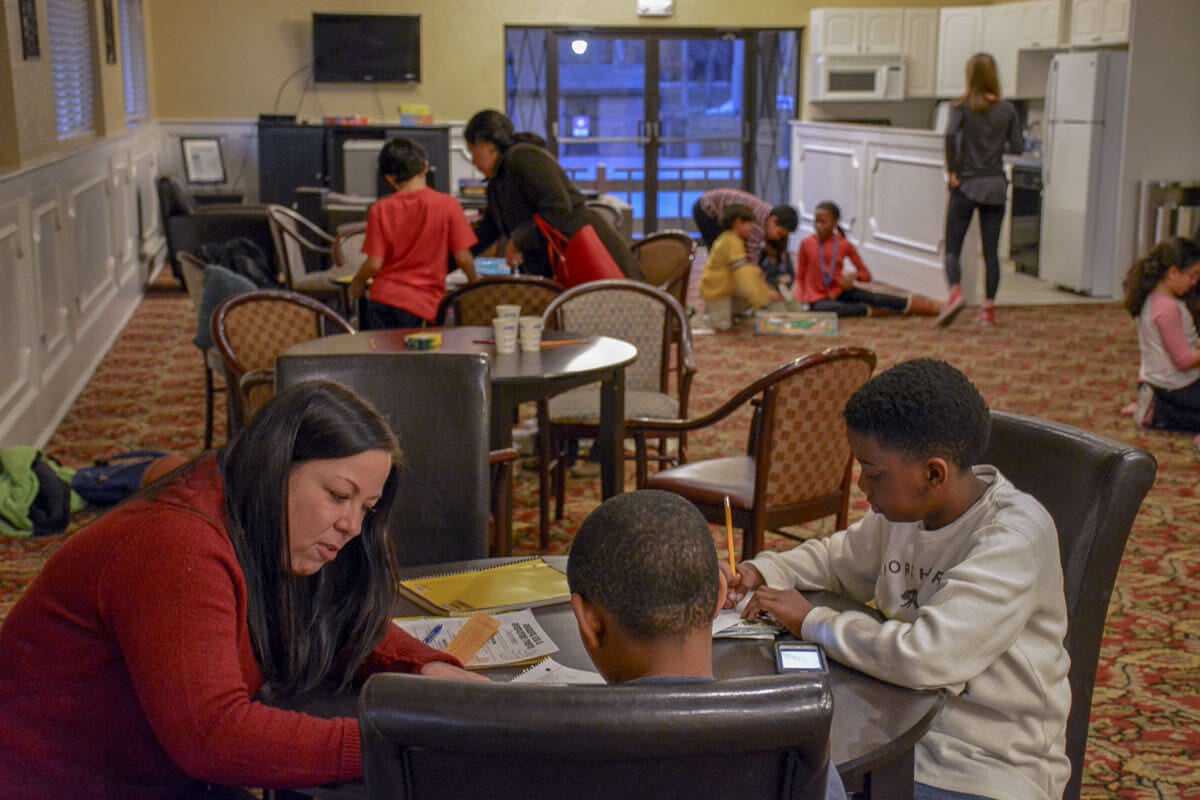 It’s a pilot program organized by community engagement graduate student Kristy Forrest ’16 who started the after school program as part of her fellowship with North Andover Public Schools in November.

Forrest is working at Atkinson School in North Andover during her fellowship. The afterschool program runs three days a week from 3:15 to 6 p.m. On Mondays and Wednesdays Forrest and her crew of Merrimack College volunteers focus on academics but on Fridays they play games.

“They don’t have homework so we try to do some fun things,” Forrest said.

Getting volunteers hasn’t been a problem. Some are fulfilling their community service requirement and others simply want to get involved.

Forrest worked with Mary McHugh, executive director at the Stevens Service Learning Center to get some volunteers and then others saw flyers posted on campus.

Meaghan McKenna, ’19 of Danvers, Mass. is a psychology major who volunteers with the program. The volunteer work is a requirement for her social justice class but it goes beyond academics for her.

“But I definitely want to work with kids in a psychology way when I graduate, so it’s a great experience,” McKenna said.

North Andover Superintendent of Schools Jennifer Price and Assistant Superintendent Greg Gilligan proposed the afterschool program. Then they gave Forrest the leeway to develop the plan.

Forrest initially planned to start the program during the second semester but she was anxious and volunteers stepped forward faster than expected so she opened the doors Nov. 9.

“It’s better than I thought,” she said. “I was apprehensive that I wouldn’t have any volunteers and the doors would open, 50 kids would walk in and I’d be alone,” she said.

Once the doors opened and more than a dozen children arrived, the volunteers partnered with a handful of children and went to work.

If the Royal Crest pilot program is successful, the school district would like to implement the afterschool program at other apartment complexes around town, Forrest said.