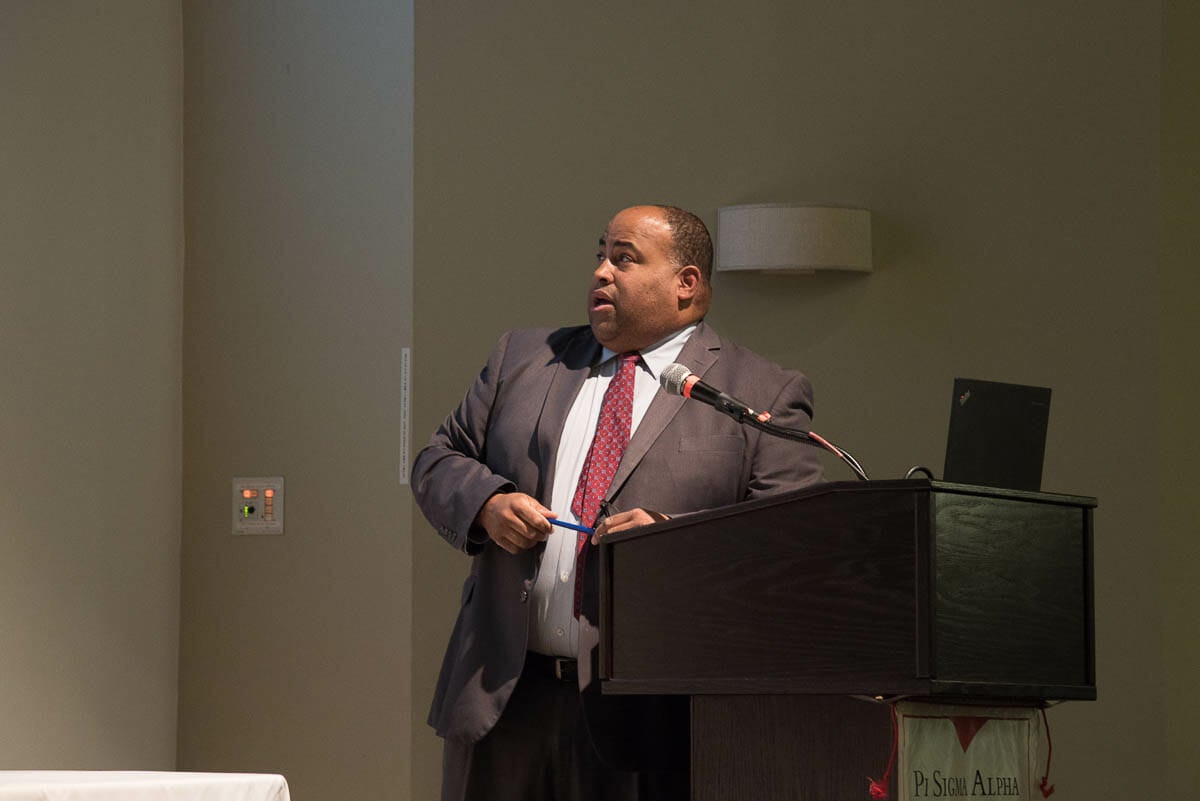 Rivera, chief executive of the city for five years, spoke about his career and his role leading the response to the September gas explosions that shook Lawrence and surrounding towns, including Merrimack’s campus.

While national politics earns more media attention, Rivera said, “there is no more important government than local government.” He pointed to the crosswalk on Route 114, connecting Merrimack’s campus to the apartment complex where many students live, as an example of the tangible benefit that comes from working with municipal and state officials.

Rivera praised Gov. Charlie Baker for showing up immediately and declaring a state of emergency after the gas explosions, which forced the shutdown of gas and electricity to the area. “If you get into a jam, get the governor to help you,” he advised.

Rivera also said that, while many worked on rebuilding infrastructure, he kept his focus on residents forced out of their homes, many of them cold and hungry for months. “It was really a disaster about people,” he said. “If left to its own devices, bureaucracy will not find humanity in the process.”

His key takeaway from the crisis: “In the most critical time, it’s important to remain calm.”

Rivera also talked about the importance to his life and career of strong woman leaders, starting with his single mother, an immigrant from the Dominican Republic and including his superior officers in the military (he was a military police officer in Kuwait and Iraq during the first Gulf War). “Most of my role models were women,” the mayor said.

The lecture was preceded by the induction of 14 students into Pi Sigma Alpha, the political science honor society, and four into Sigma Iota Rho, the international studies honor society.