Associate professor of marketing Chuck Comegys went outside the classroom to get the students in his Advertising and Promotions class some real-world experience designing print ads for area restaurants. 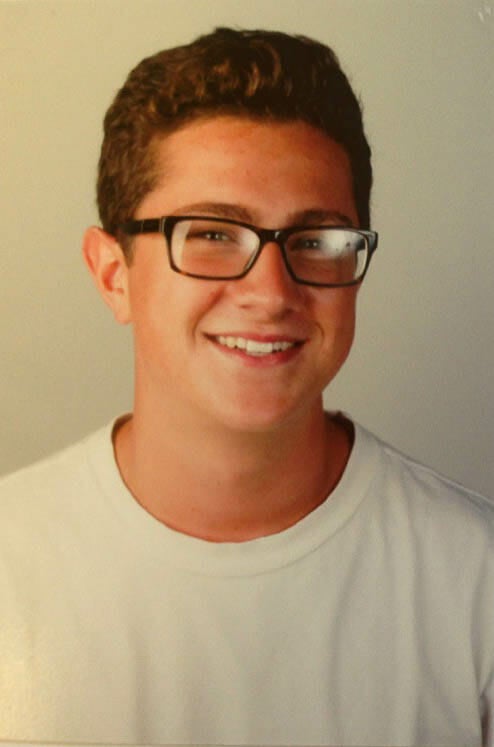 Comegys told his students to design the posters, including text and photographs for Fuddruckers on Turnpike Street, also known as Route 114, and 99 Restaurant & Pub on Chickering Road, also known as Route 125. Then, instead of grading the assignments himself, Comegys enlisted Fuddruckers General Manager Lenin Alberto and 99 Restaurant & Pub then-Manager Geoff Bettencourt to judge entries.

Merrimack students, faculty and staff are such a large part of their clientele that Alberto and Bettencourt welcomed the chance to help Comegys’ class.

Comegys said he partners with businesses such as Fuddruckers and the 99 to give the assignment a professional urgency.

The restaurants offered gift cards for the top entries. But the students were so excited by the academic part of the assignment that the gift cards were ancillary, Comegys said.

“When I judge them, I’m looking for how they represent the product, what the pictures are telling me,” Alberto said.

The winning Fuddruckers ad featured a close-up of a fresh cheeseburger with romaine lettuce.

“We just shot around some ideas pretty quick,” Kacenski said. “Ideas came together and we ordered this burger.”

The competition was stiffer than it was a year ago, Bettencourt said.

“It was nerve-wracking because they put in so much effort,” he said.

When choosing the winners, he looked for the ads that best represent the restaurant’s community based focus.

His winning ad featured a picture of employees with a background of North Andover. The second place ad featured one of the restaurant’s popular dishes.

“A lot of people like to eat with their eyes, so we’ve got a quality picture of a pot pie, Bettencourt said. “Showing what we have to offer is a great marketing tool.”

The ads’ appearances were integral to the assignment.

“We talk a lot about how your eye goes through the ad,” Comegys said.

The students got training in Photoshop, the photo finishing software, so their ads would have a professional look.

“It’s creative. I think it gives you a lot of chance to improvise,” Mejail said. “I like project-based things and group work.”

Abbamonte, Mejail and Kacenski each said they had fun with the assignment and plan to go into the marketing field after graduation.

“It was definitely fun,” Abbamonte said. “Definitely, anything creative is more fun.”