Students, faculty and friends of Merrimack returned from the 16th annual Pellegrinaggio after a week of following in St. Augustine's footsteps, learning about his life and conversion. 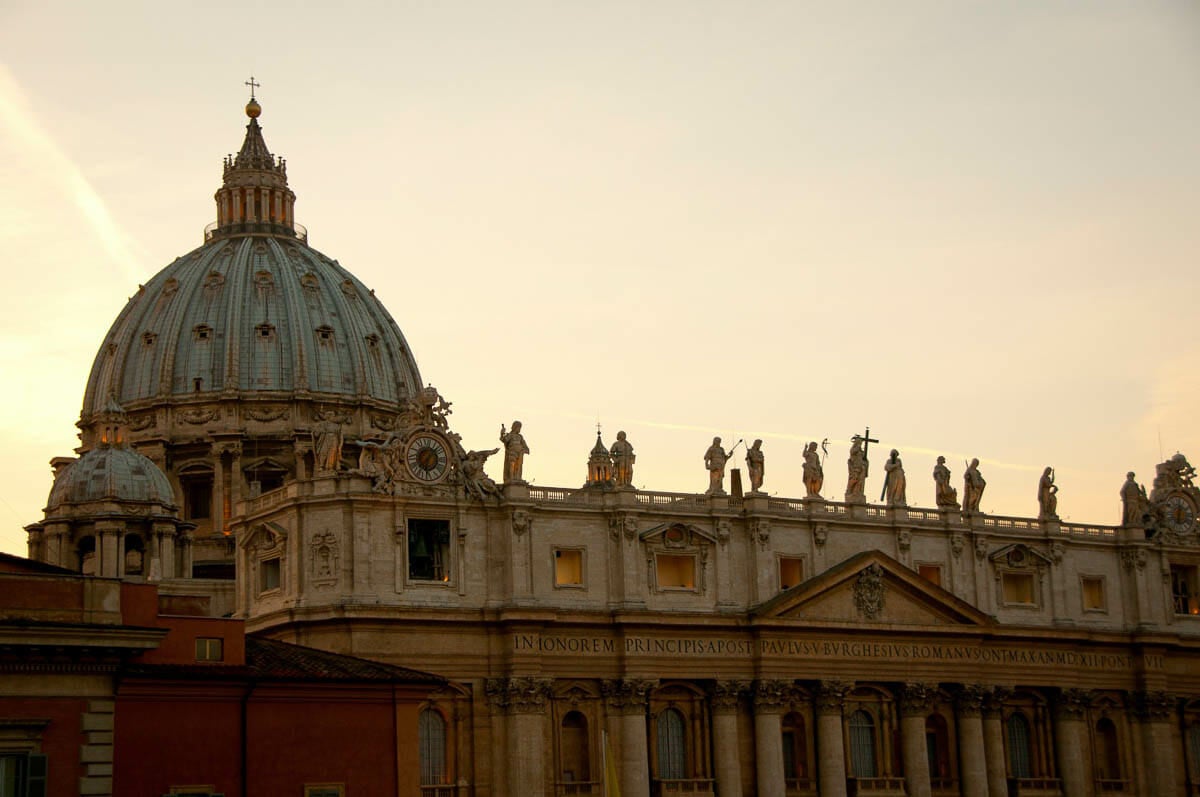 “It’s an Augustinian college and I think everybody needs to learn what that means because I think that’s really important,” Salemme said after his return. “It’s a life changing event.”

It was the first trip without the Rev. Jim Wenzel, O.S.A., who stayed home for family reasons.

“It was hard without Fr. Jim,” Salemme said. “It’s been his baby all these years.”

Pellegrinaggio was a trip for faculty in its early years but has evolved to the point it’s now a part of a course that Kelley teaches, and open to administrators and college supporters. Students had to make class presentations along the pilgrimage based on their coursework for the first time.

“This time there was more in the way of exams, papers and presentations,” Salemme said.

As pilgrims from an Augustinian college the travelers got to see sites to which most tourists don’t have access.

The Alpini, a special guard unit formed during World War II to defend Italy’s northern border, served as guides in the village of Cassago Brianzo and Milan’s St. Mary of the Nativity Cathedral. One of the guides is a St. Augustine scholar and lectures on the saint every year during Pellegrinaggio. The Alpini also prepared a special feast for the pilgrims.

“It was a very memorable night,” Salemme said.

“It’s, again, stuff tourists would never have access to or be able to see,” Salemme said.

Students walked the 570 steps inside the gold dome at St. Peter Basilica Thursday then continued their walking tour of the Vatican, but got up early to attend Dlugos’ Mass. Friday.

“That was exciting, but I love celebrating Mass with our kids, I don’t care where it is,” he said.

Late that afternoon Dlugos and some of the other pilgrims attended a penance service led by Pope Francis, which moved Dlugos.

The pilgrims bonded well and avoided forming cliques, Dlugos said. There was good food, good wine, and lots of laughter during the trip. The students even got to spend a pleasant evening with young people in a parish along the way.

For Salemme, who’s been on the trip about 10 times, the best part is ensuring the first-time pilgrims have a spiritual experience.

“I think they were pretty amazed by all the places we saw,” he said. “They are pretty magical the first time.”