Merrimack College hosted a meeting of schools studying ways to provide college-level courses to inmates as a means of keeping them from reoffending after their release. 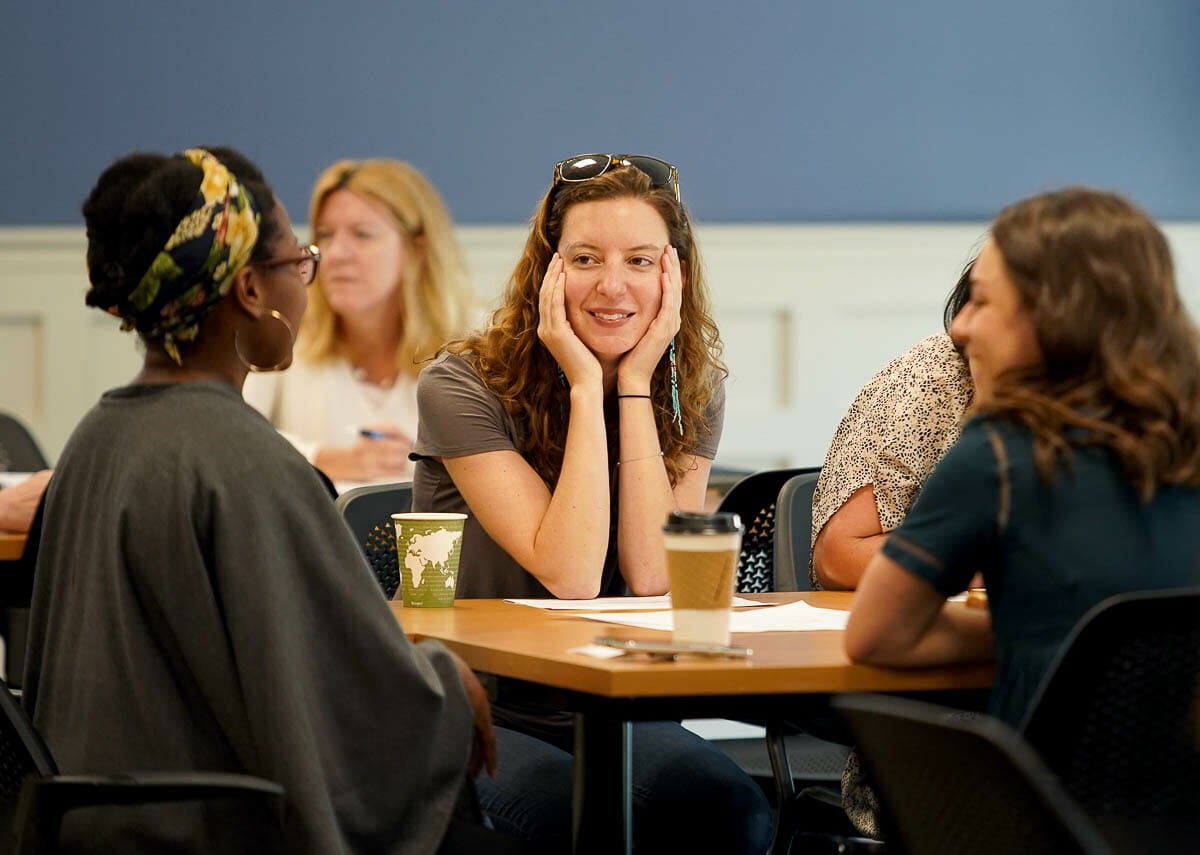 Associate professor of criminology Brittnie Aiello and assistant professor of English Emma Duffy-Comparone, assisted by students, have been teaching inmates at Middleton House of Correction since fall 2016.

Offering college-level courses is a powerful tool in reducing recidivism among inmates after they are released, said state Department of Correction (DOC) Commissioner Carol A. Mici. The rate of recidivism in Massachusetts was 44 percent 10-15 years ago, but for the past three years it’s stood at 32 percent.

DOC starts preparing inmates for release as soon as they are incarcerated, said Director of Reentry Services Claire Kilawee-Corsini. “Everybody knows if you increase their education level at all, it impacts their recidivism,” she said.

With funding from the Andrew W. Mellon Foundation, the Vera Institute of Justice awarded a grant to create The Educational Justice Institute, a statewide consortium of colleges and universities, said Ruth Delaney, program manager at Vera. The consortium supports postsecondary education efforts for inmates and those recently released, Delaney said. The consortium is developing a plan to coordinate efforts among the schools, which was the focus of the Merrimack conference.

“The work we started at the Middleton jail — we’re not alone in this,” Aiello said during a break at the conference. “Colleges and universities recognize the utility and importance of providing college courses during incarceration.”

Merrimack offers for-credit classes to inmates at the House of Correction, but in a desire to ensure those credits can be used at other academic institutions after release, Aiello and Duffy-Comparone are working with the consortium to standardize teaching in jails and prisons around the state.

The effort to provide college credits is in keeping with Merrimack’s Augustinian values, Aiello and Duffy-Comparone said, by addressing community problems with concrete solutions. Since Merrimack is working with the county jail, the inmates are local residents, compared to state prisons where inmates from around the state are held, Duffy-Comparone said.