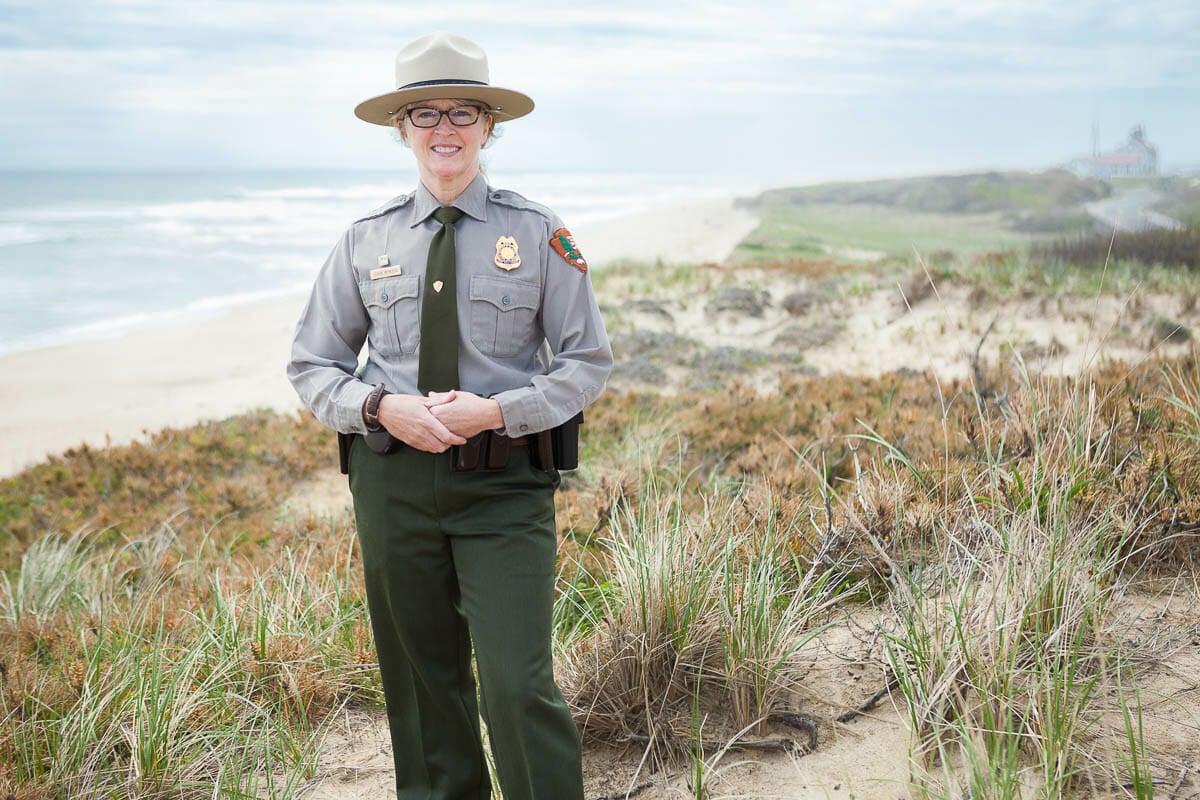 Reynolds majored in business management at Merrimack while holding three jobs and membership in a sorority as a commuter student. She has fond memories of Merrimack and still stays in touch with a few of her sorority sisters.

“The thing I remember most is, the size of the College was conducive to a really positive college experience,” she said by telephone from her office.

“Leslie is one of the best chief rangers and managers in this agency and we’re very pleased to have her here in Yellowstone,” Sholly said. “She has an incredible range of experience in many parks and her leadership perspectives will be highly valued here.”

Rangers are the law enforcement division of the National Park Service. They protect people from other people; protect people against the hazards of the parks, such as getting lost in the woods; and protect the park from people who are tempted to collect souvenirs from the natural resources, deface national monuments or go into closed areas.

“Really, what the National Park Service is all about is protecting and preserving natural and cultural resources that are in our parks for future generations,” Reynolds said.

As Yellowstone’s interim chief ranger, Reynolds is overseeing a $16 million division budget and a team of 170 employees.

It wasn’t until after leaving Merrimack that Reynolds decided to pursue a career in the National Park Service. She visited the Grand Canyon in Arizona during a road trip and that set her career path.

“I immediately fell in love with the Grand Canyon and said ‘I have to come here to work,’” Reynolds recalled.

She got a job at the concession stand which was run by an independent contractor. She developed friendships with park rangers and volunteers who got her thinking about a career with the National Park Service. After getting certifications for structural fire and as an EMT, Reynolds attended a law enforcement academy before landing a seasonal job at Yosemite National Park in White Wolf Campground in 1995.

Since then she has had extensive training and experience in everything from mounted horse patrol to helicopter rescues and swift water rescues.

On the Cape, park rangers teach swimmers the safety precautions of swimming in waters with sharks but at Yellowstone visitors must understand that even though they are on dry land, they are not the top of the food chain. There is plenty of wildlife in Yellowstone that can’t be seen on the Cape and since starting her job June 18, Reynolds has seen grizzly bears, bison and elk.

“I haven’t seen a wolf in the wild but I’m hopeful,” she said.

Reynolds has not decided whether to apply for Yellowstone’s chief ranger post but knows her career has already been a success whether deciding to return to the Cape or not.

“I have always loved my job and know I have made a difference,” Reynolds said. “At the end of the day – or my career – I’m going to feel really good about that.”