Adam Martel '05 is the CEO and co-founder of Gravyty, a company that works to empower nonprofits with accessible technology and Artificial Intelligence (AI). This year, he was named to the Boston Business Journal (BBJ) 40 Under 40 list. 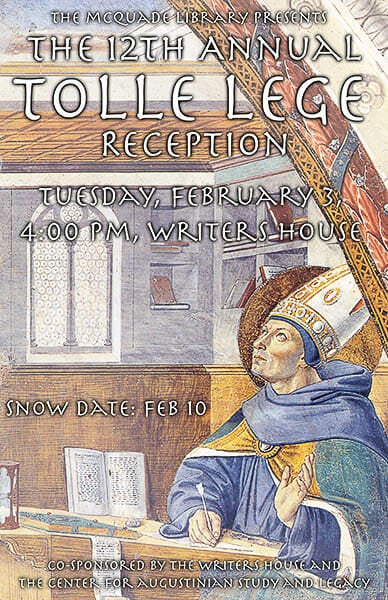 Adam Martel ’05 is a self-described lifelong entrepreneur who has always brought a fast-paced energy to his work. Even as a student, he made it his mission to hit the ground running, so much so he ended up graduating a semester late after launching his first company during the spring of his senior year and missing out on final course credits.

“I was just super rambunctious,” Martel said. “I see something and I get after it really fast. I took a communications class with Deb London when I was at Merrimack. She was the one who taught me how to slow down a little bit, that you have to plan and you have to be thoughtful about the things you say. She was the one who changed my life and put me on the right path to be an entrepreneur.”

While that first venture – an advertising agency Martel started with some friends at school – never quite took flight, Martel’s entrepreneurial spirit is alive and well to this day. In the nearly 20 years since his enrollment at Merrimack, he has channeled his unstoppable energy into growing both his personal professional development and more recently the development of his latest venture, Gravyty.

After graduation, Martel worked across sectors. He first made a living as a volleyball coach, always launching the next great venture on the side, before moving to California in the hopes of breaking into the tech industry. After spending years in Silicon Valley, he returned to the East Coast and settled just outside of Boston.

Over the years, Martel had worked at advertising agencies, investment startups and as a fundraiser at Emmanuel College. While fundraising, he noticed that the systems his team used could capture so much data on prospective donors and clients, but that extracting and using that data, building relationships with donors and capitalizing on the information available at the time was incredibly difficult.

“I kept seeing that we had so much data about donors in the database, but you needed to know to look for them and where to find them in them,” Martel said. “The database wouldn’t be able to tell that which donors you should be in touch with. And that was the actual problem we were trying to solve with Gravyty. Could we use data in artificial intelligence to be able to predict which donors might make the biggest gifts the soonest so that we could allocate resources to build relationships with those donors at the right time?”

Like so many successful solutions-based companies, Gravyty was born out of personal experience and demonstrated need, becoming the first technology company to make nonprofit organizations AI-enabled. The software allows nonprofits – many of which are strapped for time and resources – to significantly streamline their fundraising processes and make donor data work for them.

The company was launched just over six years ago in 2016 and has taken off in that stretch of time. Their most recent benchmark for success happened this fall when Martel was named to BBJ’s “40 Under 40” list in what he called a true team effort.

“It’s a hundred percent a team award, and I’m not saying that to be humble,” Martel said. “Not many people get on these lists if their teams fail. We have a really great company culture, and I think our culture is actually what helps us be successful. That’s why I got this award.”

In his work and life experience, Martel said he’s learned a lot about what it really takes to be a successful entrepreneur. When he was just starting out, he said he fell into traps of impatience, always wanting to move forward and make headway against competitors. The more time he spent working in the field, the more he understood the value of slowing down, listening to people and practicing kindness and empathy.

“People are inherently good. They want to help you; and if you treat them with respect and kindness, the rewards are endless,” he said. “That’s something, looking back, I actually learned and appreciated in my Merrimack education: empathy and kindness. That’s what a liberal arts education is all about. You try a little bit of everything in the hopes that something will stick. And in the meantime, you grow as a person.”

Visit the O’Brien Center for Career Development to learn more about professional development, networking and resume building at Merrimack College.