Campus News › Merrimack Celebrates 68th Commencement with the Class of 2018
Quick Links
Previous Article Together We Discover Event Celebrates Research, Innovation and Creativity May 16
Next Article Professor’s Study Published in American Journal of Preventive Medicine May 31

Merrimack Celebrates 68th Commencement with the Class of 2018

Merrimack College celebrated its 68th Commencement and for the first time held the ceremony outdoors at the new Merrimack Stadium for 889 students, including 657 undergraduates and 232 graduate students May 20. 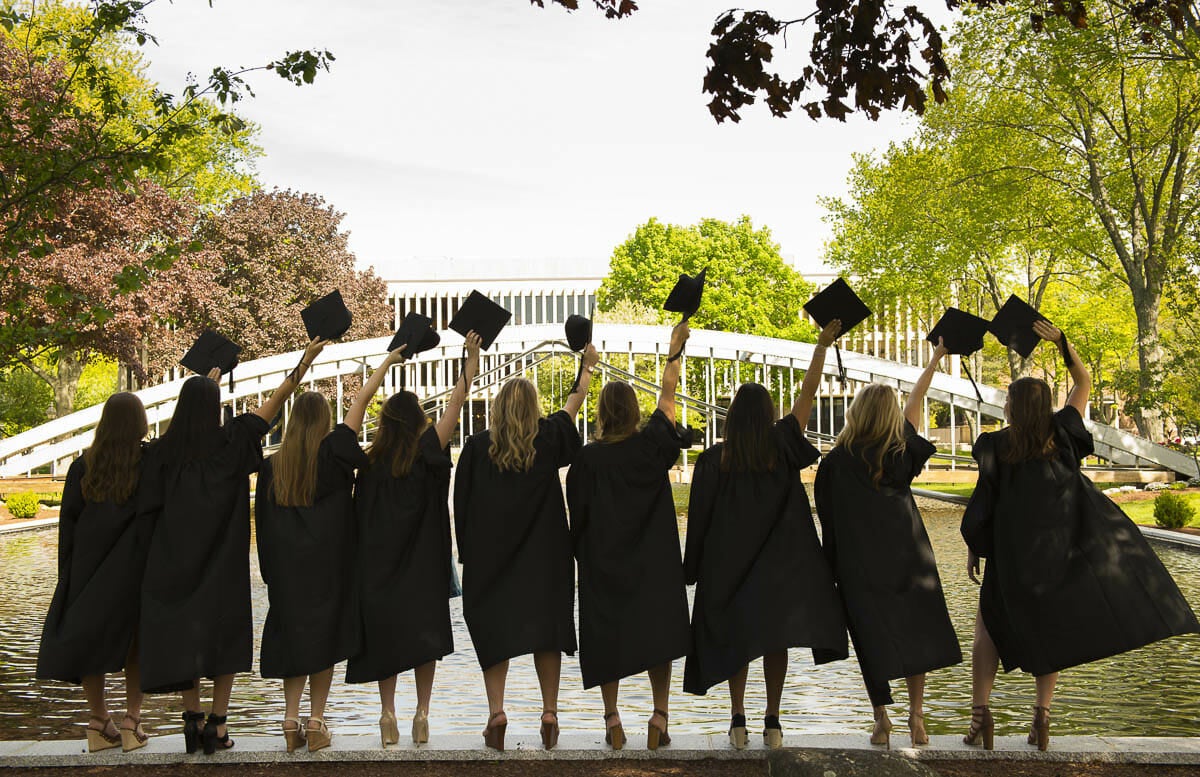 “Today marks the culmination of your hard work,” said President Christopher E. Hopey, the College’s eighth president. “I know each of you will use your talents, your faith, your entrepreneurial drive and the education to this which ceremony attests to make a difference in the world.”

The keynote speaker was Sonia Manzano, best known for her role as the character Maria on the long-running PBS Television show “Sesame Street,” where she also earned 15 Emmy Awards as a writer. Manzano learned that as an actress and writer she needed to use her personality, heritage and observations as a Puerto Rican woman who grew up in the South Bronx in the late 1950s and early 1960s to help the show accomplish its mission to welcome diversity.

“People pay you for solving their problems, they don’t pay you for creating problems for them,” Manzano said.

Sesame Street worked as a creative effort when it went on the air in 1969 because everybody involved with the show was trying to accomplish the same goal. However, it’s hard as a nation to be successful because we are so polarized that protecting social programs and public education is increasingly difficult now, she lamented.

“But the worst is this: Compassion and empathy are being seen as signs of weakness instead of the stellar values we know they are,” Manzano told the graduates. “I think this is your opportunity to rise and fill the void. I urge you to bring your skills of compassion and your understanding of the strength of group effort to the workforce. I also urge you to bring your particular and individual sensibilities to everything you do.”

“In some way, I know I can always come back to Merrimack and still be accepted,” Robbins said. “Though we will be leaving, Merrimack won’t be. Merrimack is part of all our hearts.”

The Merrimack Medal for commitment to outstanding service was presented to Alfred Larsson ’18, a member of the men’s hockey team who was a three-time Hockey East All-Academics member with a 4.0 grade point average who majored in mechanical engineering with a minor in mathematics, and was active on campus, including volunteering as a tutor for area youth.

Martin Borys ’18, of Woburn, Mass., was a business administration major with a concentration in finance who starts work for Cambridge Savings Bank as a financial analyst in Harvard Square Monday morning. He walked out of the stadium smiling at his accomplishment but leaving his home away from home brought mixed emotions. “Very excited,” he said. “I’m happy to move on but sad to see it go.”

Kathryn Lane ’18, of Litchfield, Conn., earned a graduate degree in health and wellness major from the School of Health Sciences a year after earning her undergraduate degree from Merrimack. She praised her time on campus.

“I loved it, obviously. I stayed a fifth year,” she said. “I changed completely over the five years.”

Rachel Aldorisio ’18, of Bedford, Mass., majored in human development social services with a minor in education from the School of Education and Social Policy with plans to be a special education teacher. “I’m so excited, so proud of everyone in the class of 2018 — we did it together!” she said.

New Associate Clinical Professor Mark Adelung’s nursing career has brought him around the world and across various health care settings. Now he is sharing those experiences with Merrimack College nursing students. 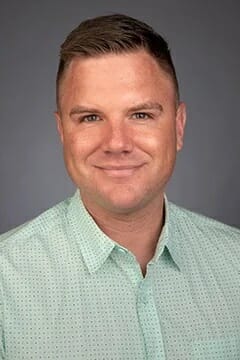