Raffy Tejada '17, was still in middle school when his mother took him to a soup kitchen to learn the value of community service and he's carried the lesson to Merrimack College where he's volunteering to take part in Alternative Spring Break for the second year March 19-26. 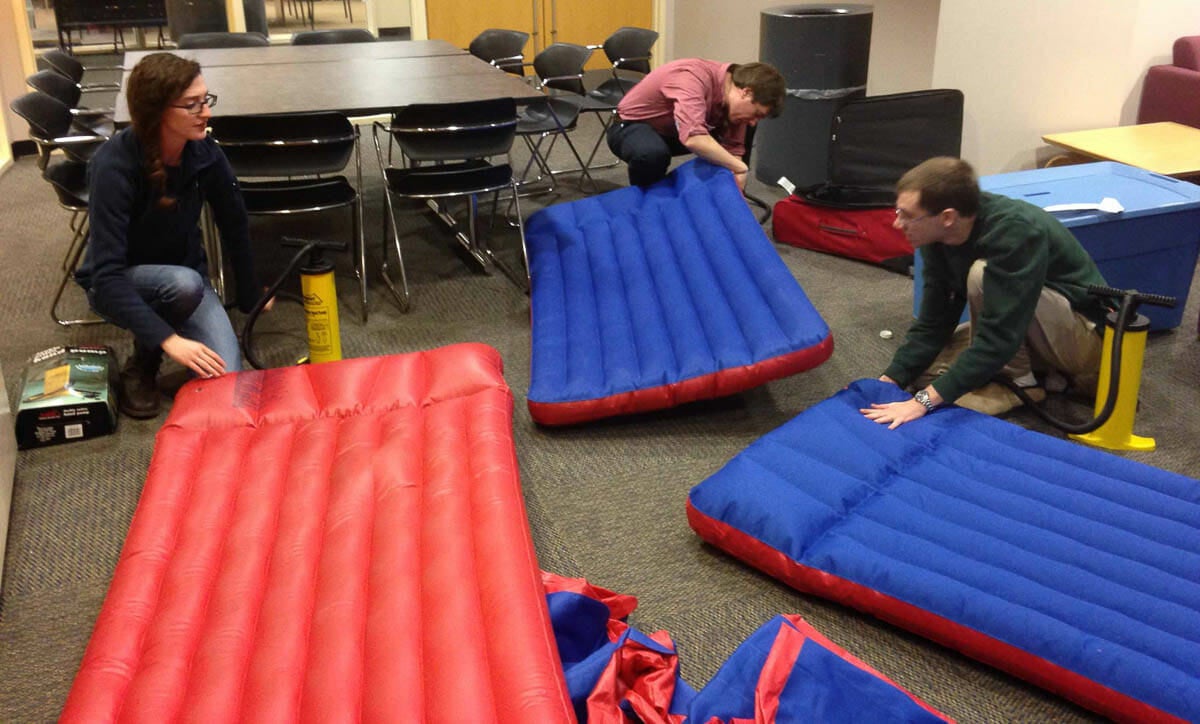 The tradition of alternative spring break started when a group of students banded together to get a bus and travel to West Virginia nearly 50 years ago, said campus minister Jeffrey Wallace. The program is more formalized with an educational element and fundraising now.

The service learning trips are built on the four pillars of service, community, simple living, and social justice, Wallace said.

“The foundation for all these pillars is reflection,” he said.

At the end of each day the students will sit and reflect on their days then discuss how their experiences tie together with one of the four pillars. For example, students may ask why people are homeless and hungry or why poverty exists in Appalachia and why it’s necessary for them to help them, Wallace said.

“Which gets at the root issues of social justice,” he said.

To prepare for the trips student leaders have been meeting with students since January. Team leaders have been holding small group meetings with students going on the trips to develop a sense of community, work out the logistics of the trips, and teach the four pillars of the program. Some team leaders, such as Annie McDonnell, ’16, of Dorchester, Mass. have been taking part in alternative spring break rather than going to Florida the past four years.

Through their interactions with the less privileged, organizers hope students see God’s love for everybody, he said. Having few material possessions doesn’t mean God doesn’t love them or they aren’t worth loving.

“Alternative Spring Break is a powerful witness to that,” Wallace said.

The alternative spring breaks help students break down the barriers of their comfort zones and then they can bring their experiences and new perspectives back to Merrimack College where they can share their expanded perspectives.

McDonnell said she’s learned about more of societal issues and how she can shape them.

“I think it’s a really great way to learn more about the world and society in General,” McDonnell said. “And see the kind of injustices that are present throughout the states.”

The San Diego trip will work with Via International focusing on immigration issues, Wallace said. Volunteers going to Baltimore will work with Catholic Charities; students traveling to Camden will work with Romero Center Ministries; those in New Orleans will help build a new home with lowernine.org; and in West Virginia students will work on various job sites as well as study Appalachia’s history. Students going to Peru will volunteer at an orphanage for manual labor as well as caring for children.

“It gives students a small glimpse of what living in urban poverty is like,” Wallace said. “That discomfort leads to growth and that growth leads to being a more whole person.”