Merrimack College Welcomes the Class of 2022 to Campus

There are more than 1,100 freshmen this year, making it the largest class in school history. 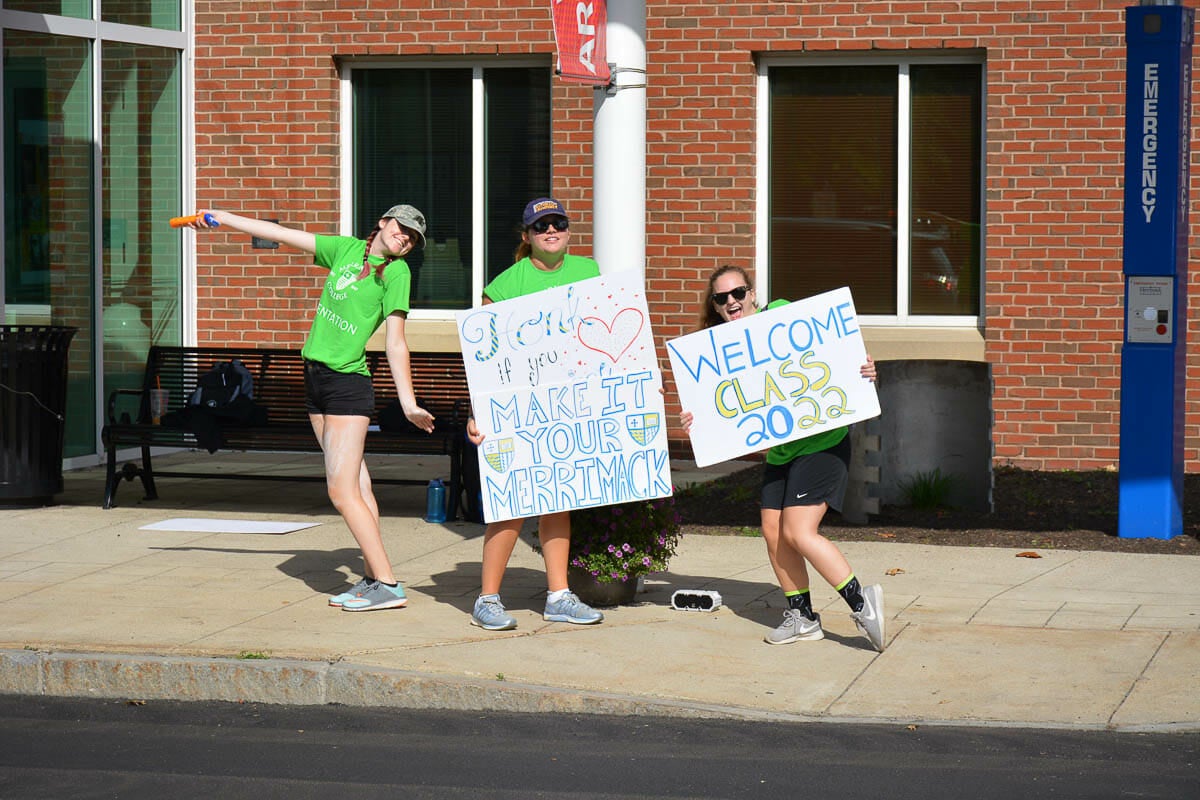 The Merrimack College campus awoke from its summertime slumber with the help of resident freshmen who moved into their dorms and began the process of settling into their home-away-from-home Aug. 31, 2018.

The move went smoothly for Rob Pariseau ’22, of Bedford, Mass. who arrived on campus with his father Luc Pariseau and headed to his dorm suite in Monican Centre.

The Class of 2022 will have orientation over the weekend, before upperclassmen are scheduled to move in Monday, Sept. 3. Some athletes who take part in fall sports have already arrived on campus.

There are more than 1,100 freshmen this year, making it the largest class in school history. The freshman class is pretty evenly split along gender lines. Freshmen come from 22 states and 16 countries. Twenty percent of the class hails from New England, including 68 percent who are from Massachusetts. Eighty-seven percent of freshmen are living on campus and 31 percent are first-generation college students.

Owen Collins ’22, of Reading, Mass., who is majoring in chemistry, arrived on campus with his parents Sharon and Michael Collins. They were surprised and encouraged by staff, athletes and upperclassmen who helped them move into Monican Centre.

“I never had people move me in when I went to school,” said Michael Collins, a graduate of UMass Amherst.