Yousef Waleed Meri accepted this year's $25,000 Goldziher Prize during a festive ceremony at the Rogers Center for the Arts. 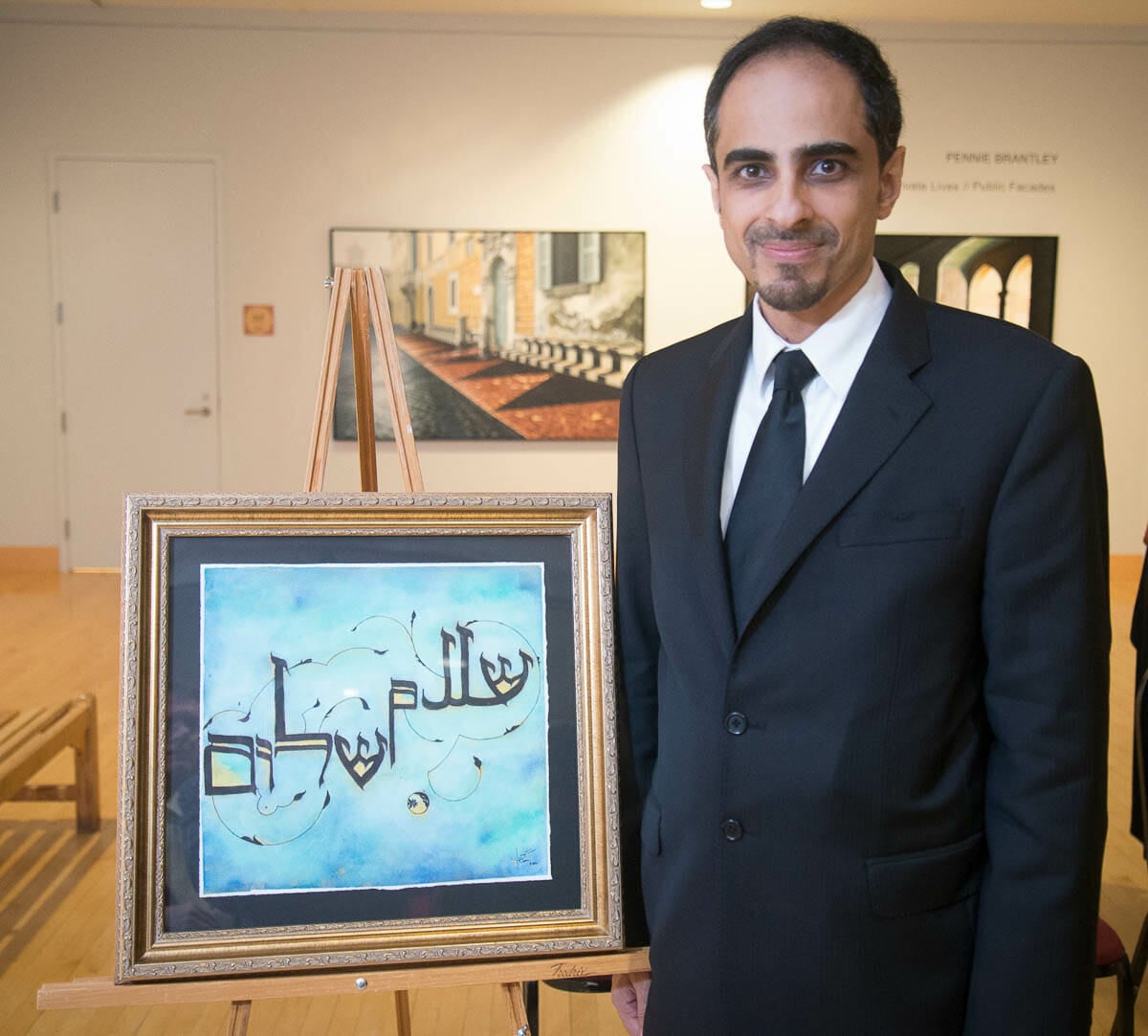 “I am privileged and honored to be here at Merrimack College,” Meri said.

Meri earned the biennial award based on his scholarship and teachings in Jewish-Muslim relations.

The prize is awarded by Merrimack’s Center for the Study of Jewish-Christian-Muslim Relations. Funding for the prize is provided by the William and Mary Greve Foundation and its principal John Kiser.

Meri called it a privilege and honor to receive the prize.

The Chicago native is a prolific writer on the subject who has studied and taught in the United States, England, Germany and Jordan. He’s currently working as a visiting professor at the University of Jordan’s Department of Studies of Islam in the Contemporary World in Amman.

“I think we should strive to create a positive and constructive environment,” he said.

Historians have a duty and responsibility to foster positive environments with students and faculty wherever they are but especially in the Middle East where there is little religious tolerance, with the exception of Jordan, Meri said.

Gatherings for events such as the Goldziher Prize makes people better Catholics helps people become who they are called to be, Dlugos said.

“And when we are the best of who we are called to be we will all find the truth, unity, love and peace that we all long for,” he said.

The Rev. David C. Michael, associate director of the Boston Archdiocesan office of ecumenical and interreligious affairs offered congratulations on behalf of the archdiocese.

The church is committed to interfaith relations and recognizes it’s difficult work but believes the world is a better place for the effort, Michael said.

Mohamed Lazzouni, a Ph.D., chairman of the center’s advisory board, said the center has an uplifting message and its leadership offers a voice of respect and inclusion.

He has traveled extensively in Muslim countries for about 18 months and has seen a shift in attitudes toward interfaith dialoge and often talks about Merrimack.

“I notice that interfaith discourse in the Muslim community has shifted from the periphery to the center of discourse,” Lazzouni said.

The Rev. Diane Kessler, the executive director emerita at the Massachusetts Council of Churches was master of ceremonies.