Merrimack College senior Paul Coppola loved his job as a Marine Corps combat engineer and wanted to re-enlist, but suffered multiple brain traumas in Afghanistan. He retired in 2013 for his family's sake and to pursue his education — but he still worries about his brothers- and sisters-in-arms who suffer from depression and PTSD. 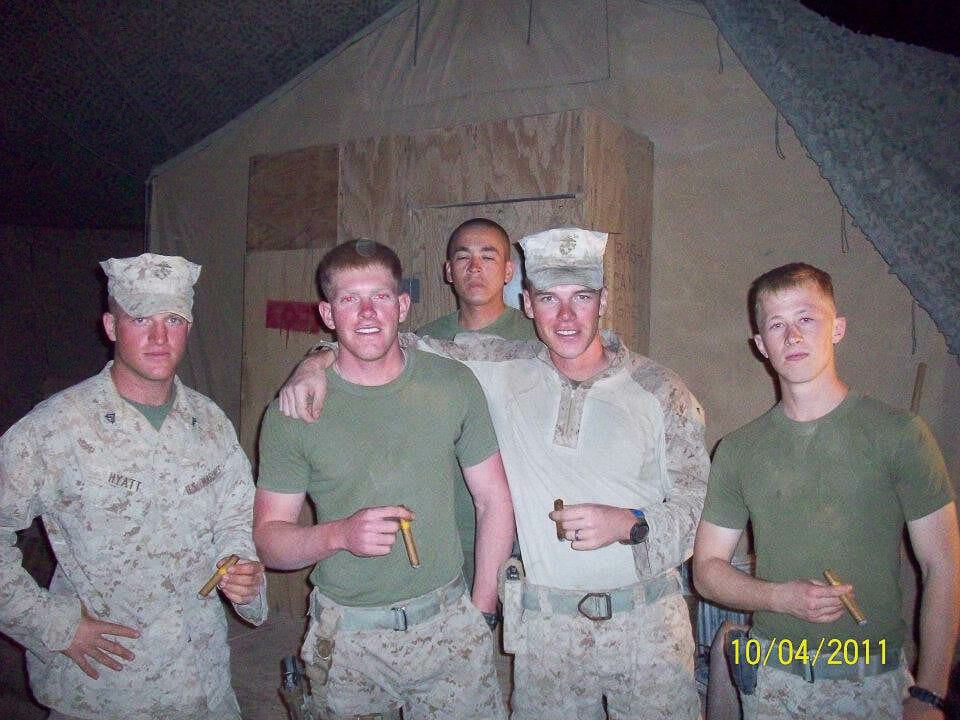 To raise awareness of the suicide crisis among veterans in our country, Coppola ’15 is hosting a showing of “Project 22” which is the true story of two military veterans who rode 6,500 miles cross-country in 22 days to raise awareness of the epidemic and look for forms of treatment that offer hope to other veterans. It’s scheduled to be shown at Rogers Center for the Arts Saturday at 2 p.m.

“It’s more geared toward veterans and informing the veteran that there is help out there but I think it could have a strong impact on students to show there is a different world out there and people are suffering from their injuries whether physical or psychological,” said Coppola, 26.

In fact, PTSD transcends military combat and anybody can be afflicted for any number of reasons ranging from abuse to car accidents to robbery.

A 2012 Department of Veteran Affairs study showed about 22 veterans who suffer from PTSD and depression commit suicide every day, and it is unclear whether that will grow as the problem continues to manifest itself among veterans, Coppola said.

Coppola has a strong support network to deal with his PTSD from his military experiences, but has had friends and other brothers-in-arms who’ve killed themselves.

He was a combat engineer, but rather than building bridges or buildings, he was assigned to the 2nd Combat Engineers Battalion and typically walked ahead of fellow Marines with a minesweeper, searching for improvised explosive devices.

“What I was doing in the Marine Corps was really my passion. It was what I wanted to do,” Coppola said.

He suffered his first serious concussion during a suicide bomber attack on May 2, 2011. Coppola was a victim in two improvised explosive device blasts that wounded one and killed another Marine on June 30, 2011.

Coppola remained in Afghanistan to finish his tour, but when he returned to Camp Lejeune in North Carolina the symptoms began to show: depression, daily headaches, problems with balance and speech.

In “Project 22” two veterans form the core of the riders but they are joined by other motorcyclists who come and go along the journey, including a friend of Coppola from the Marine Corps. The trip started in San Francisco and went to New York City.

Along the journey, they stopped to talk to medical professionals and veterans to learn methods of coping with PTSD. Some of the methods include hyperbaric oxygen therapy, equine therapy, military therapy dogs, meditation, sailing, and transcranial magnetic stimulation, according to the website for the not-for-profit group Medicinal Missions which made the movie.

“It’s all over the spectrum of different treatments that aren’t necessarily popularized,” Coppola said. “It’s away from generic medicines, it focuses more on holistic treatments.”