Engineering students make themselves experts on the art of burning fishing line to help solve an out-of-this-world dilemma. 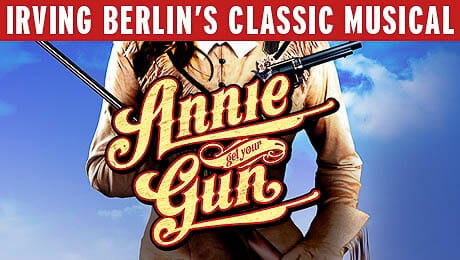 Merrimack College interns are part of a multi-institution team designing and building a satellite to measure the X-rays emitted from the Earth’s north and south poles, where auroras most commonly occur.

The internship fell under the the Sakowich Center for Undergraduate Research and Creative Activities Program, funded by the Anthony and Gladys Sakowich Charitable Foundation.

Electrical engineering students Ezra Thomas ’20 and Spencer Eckert ’20 have been working on the CuPID project, building a CubeSat — a miniature research satellite made up of three modules that are 10-centimeter cubes, roughly the size of a toaster oven.

CuPID is the acronym for Cusp Plasma Imaging Detector, and it will be put in orbit where Earth’s magnetic field lines look like a funnel or cusp.

“The part we are working on is the release mechanism for the antenna,” Thomas said.

Thomas, of Auburn, Maine, and Eckert, of Pittsfield, Vermont, were tasked with developing a system to release CuPID’s whip-like antennae which are held down by a fishing line until they are needed. When the line is broken by heating it with an electrical current, the antennae will pop out to open communications between ground control and the satellite. If it doesn’t deploy, the mission will be lost.

Eckert and Thomas spent their summer in Mendel using different strengths of test lines against resisters, voltage and wattage to find the right combination that will melt the nylon without creating byproducts that could interfere with the sensors.

The challenge is to melt the nylon fishing line without creating smoke or releasing particulates that will float in front of the camera lens or other sensors used to navigate the satellite by star positions. The smoke or particulates seen through the lens could be interpreted by the computer as stars and send the satellite off in the wrong direction.

Because there are no air currents in the vacuum of space, any smoke or particulates created by melting string that block the view of the camera, will remain in front of the star camera, said Provost Allan Weatherwax, a lead investigator on this project, and advisor to Eckert and Thomas.

At the end of a long, hot summer in Mendel they are feeling “pretty damn good” about what they have done, Eckert said.

“It’s just really good for their resumes to be doing electrical engineering research in the summer,” said department Chairman Jack Adams who approached Eckert and Thomas about taking on this undergraduate research project with Weatherwax.

Eckert is in Merrimack’s Honors Program and Thomas is an excellent hands-on student who has shown the initiative to take on a project just to learn more about circuitry, Adams said. Both want to get internships in the electrical engineering industry next summer.

The CuPID project is a collaboration between Boston University, Merrimack College, Drexel University, NASA Goddard Space Flight Center, Adcole Maryland Aerospace, Aerospace Corporation, and the University of Alaska, Fairbanks. The mission is supported by NASA and is scheduled to launch in 2019.