During a presidential election season in which Islam has been a polarizing issue, Merrimack College's Center for the Study of Jewish-Christian-Muslim Relations is co-sponsoring a visit to the Merrimack Valley by one of the country's leading figures in interfaith relations Sept. 19. 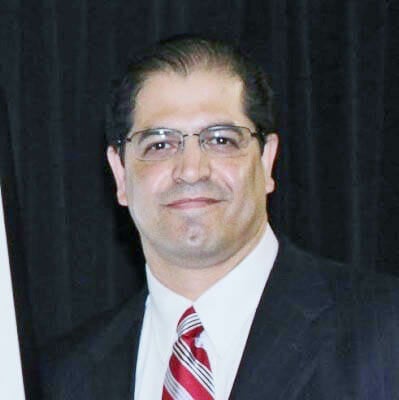 Daoud Abudiab is the president and founder of the Faith & Culture Center in Nashville, Tenn.

Additionally, the Jewish-Christian-Muslim center is awarding Abudiab’s center the prestigious 2016 Goldziher Prize Oct. 22 in Nashville for its interfaith work.

Abudiab grew up as a Palestinian living in East Jerusalem and attending Catholic schools. That experience gives Abudiab a unique perspective on interfaith relations, said professor Joseph Kelley, the center’s director. As a businessman he models positive interfaith relations and encourages others to do the same through his group.

“His whole world was interfaith from the time he was young,” Kelley said.

Abudiab’s appearance is scheduled to be held at Lawrence Hospital’s Kurth Auditorium at 1 General St., Lawrence, Mass. Sept. 19. Breakfast will be served at 7:30 a.m. followed by Abudiab’s keynote address at 8 a.m.

“The purpose of this program is to inform all of those groups here in the Merrimack Valley about a program in Nashville, Tennessee,” Kelley said. “The program is called Our Muslim Neighbor.”

Abudiab is a healthcare executive with more than 20 years experience in physician group management. As a practicing Muslim in the business world he models the example of interfaith relations in the wider world, Kelley said.

The center has been working to build relationships with different faith groups in the Merrimack Valley for several years, including Catholics, Protestants, Jewish, Hindus, Muslims and Buddhists.

“Out of that came our annual meal-packing event in February where people from all those faith communities come together,” Kelley said. Together they packed 15,000 meals this year.

“The purpose of this program is to inform all of those groups here in the Merrimack Valley about a program in Nashville, Tennessee, the program is called “Our Muslim Neighbor Initiative,” Kelley said.

Reservations are requested at JCM@merrimack.edu by Sept. 14.