Merrimack’s ninth annual Relay for Life held last weekend on the cusp of reaching its $60,000 goal

Merrimack College's ninth annual Relay for Life held April 15-16 has raised nearly all its $60,000 so far but donations are still being accepted. 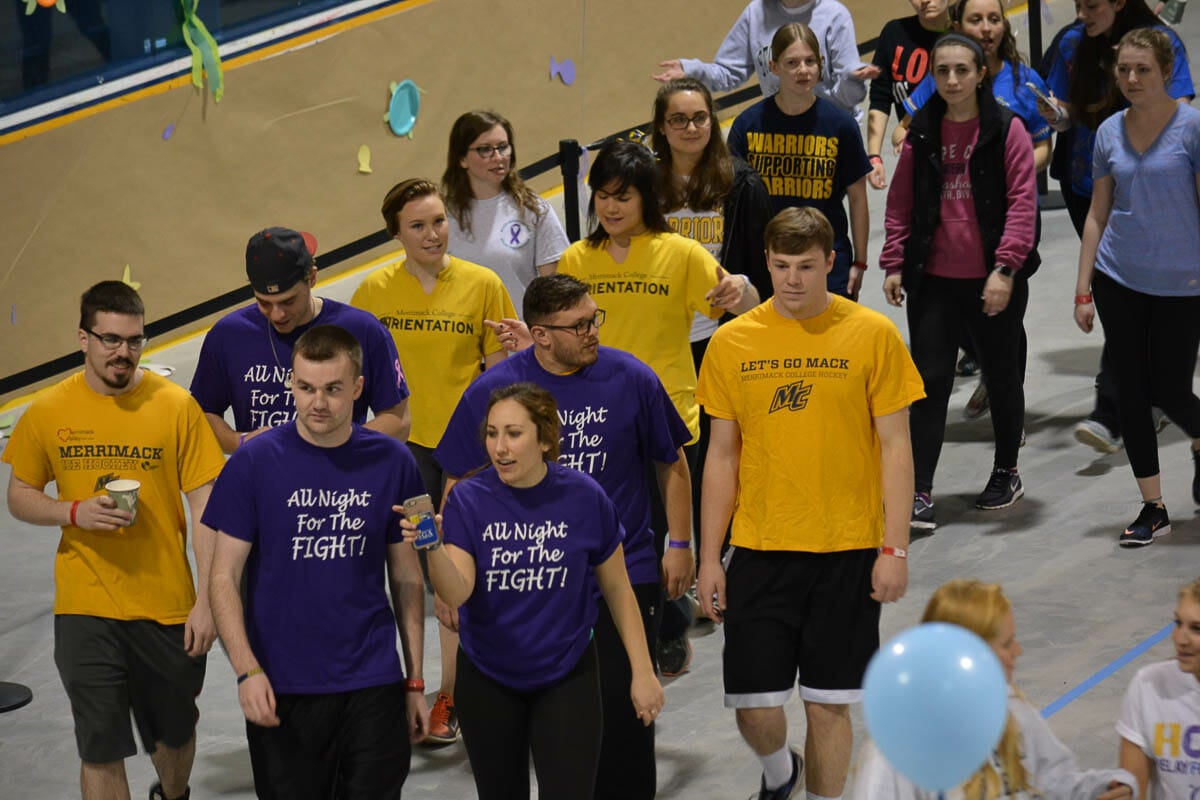 J. Thom Lawler Arena is normally a frozen sheet of ice but the relay outgrew the traditional site at the MPR in the Sakowich Campus Center so the ice was melted and it relocated with this year’s theme of “Under the Sea.”

About 531 fundraisers divided among 48 teams took part walking and running along the boards of the rink from 6 p.m. Friday to 6 a.m. Saturday.

All in the name of curing cancer.

“It was awesome,” said Rose Dolan, director of student involvement. “It was our first year having it over at the rink; we had grown out of the MPR last year.

Separate lanes were cordoned off for runners and walkers. Teams were made up of students, their families and friends, and alumni.

“And we do have community members that come back,” Dolan said.

At least one team member was walking at all times during the event but that left time for resting and ceremonies honoring survivors and victims. Center ice was reserved for pillows, blankets and lounging for those walkers taking a break.

Teams had catchy names such as the frontrunner teams “Fight Like a Warrior” which collected $5,417 in donations, “All Night for the Fight” which raised about $4,814,” and “Rucking for a Cure” which raised about $4,685. The Office of Student Involvement’s team “Outstanding Sassy Individuals” has raised $950 of it’s $1,000 goal.

“We have until August to get another $50,” Dolan said.

The Office of Student Involvement began planning for the event in October and fundraising went through the winter.

“Typically, what they will do is have things like bake sales on campus or go home … and ask for donations for their team,” Dolan said.

Lawler was a pleasant opportunity to spread out after last years’ cramped quarters in the MPR, she said.