Working in shifts along three assembly lines, more than 100 volunteers packed about 15,000 meals for the Merrimack Valley's food-insecure Feb. 11. 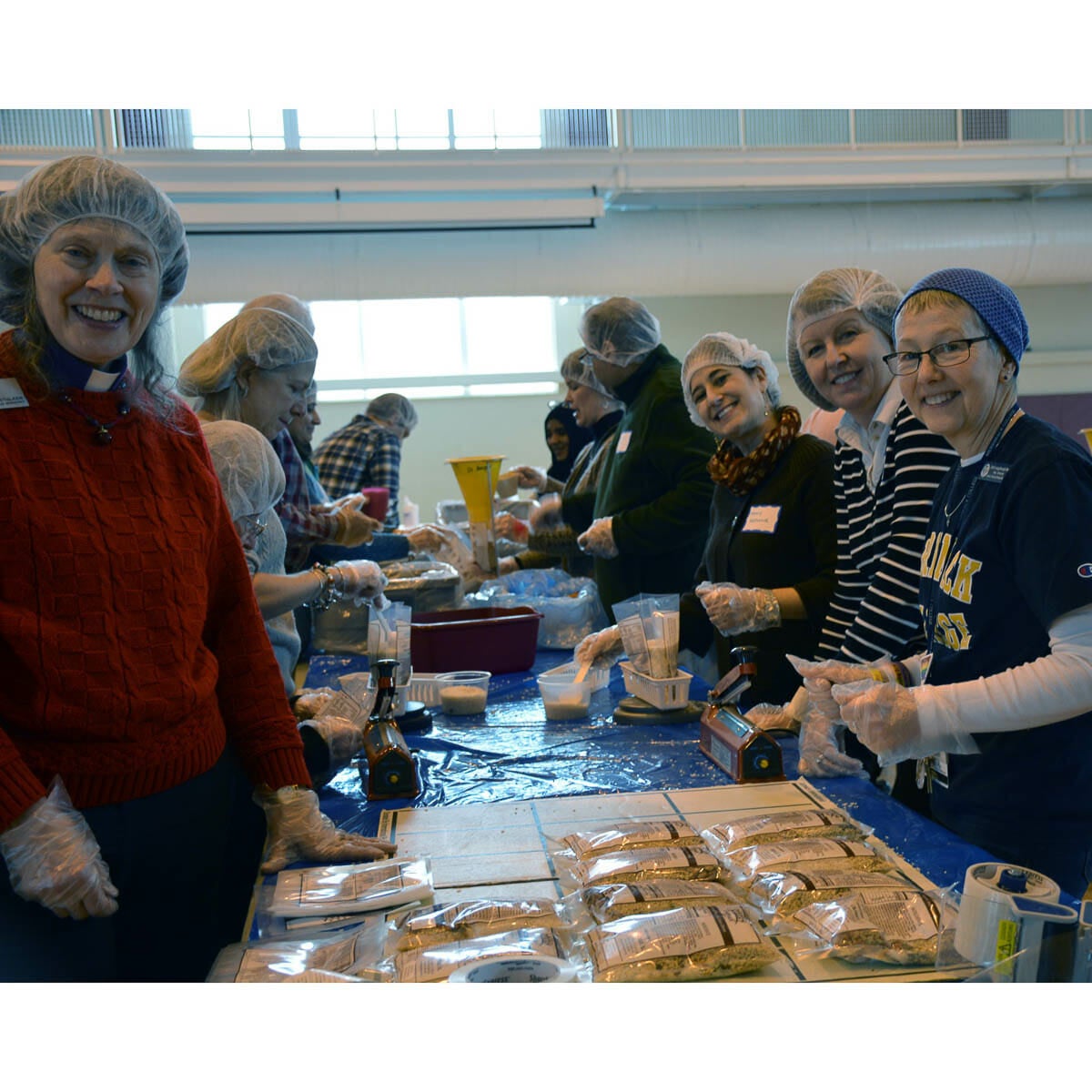 The nutritious meals were donated to the Merrimack Valley Food Bank for distribution to the region’s food pantries and kitchens, said Deb Longabaugh-Burg.

The three-hour program had the dual purpose of providing food for the disadvantaged but also bringing volunteers of different faiths and beliefs together, Longabaugh-Burg said. All faiths, whether Christian, Muslim, Jewish or humanist want to feed the hungry.

“There are a lot of faith communities represented here today,” she said. “Feeding the hungry is a social justice issue that is important to every faith tradition as well as those of secular belief.”

During a shift change, consultant Zachary Cole, a program and outreach specialist with Tufts University, urged volunteers to work next to somebody they didn’t know so they could take advantage of the interfaith experience.

The assembly line was designed so the work would be repetitive, freeing the volunteers to concentrate on conversation rather than the task of filling the orders.

“To get people from different faith traditions working together for the benefit of the poor is one of the greatest things we can do for interfaith understanding,” said professor Joseph T. Kelley, director for the Center for the Study of Jewish-Christian-Muslim Relations.

Working together demystifies other religions so volunteers can see people of different faiths on a human level rather than as some esoteric person, Kelley said.

During a time when Italians were fleeing to North Africa to escape war, St. Augustine wrote, “There is no one in the human race to whom we do not owe love,” Kelley said.

“We just wanted to give back to those less fortunate than us because we live in a world where so many people are hungry and don’t have the privileges we do,” Tomich said. “So we want to give back.”

Toby Hodes, of Haverhill, is a member of Temple Emanuel in Andover. She was scooping soy for the meals and quoted Scripture to explain why she took part.

Hodes found a personal and spiritual satisfaction through her participation in the group effort, she said.

“Leviticus reminds us we are not supposed to reap from the corner of the fields; leave it for the poor,” Hodes said. “It is no longer possible in this day and age, so it’s incumbent upon us to find other ways.”