No time to waste at lunch time

Assistant professor of health sciences Juliana Cohen is the lead author on a study published in the “Journal of the Academy of Nutrition and Dietetics” on Sept. 11 that indicates many school children don't have enough time to eat lunch. 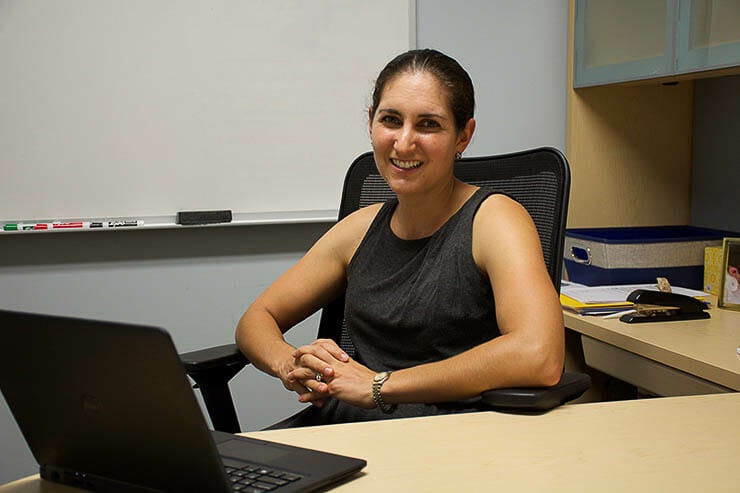 Amid reports school children aren’t eating their lunches under the updated nutritional guidelines, which has led some observers to call for relaxed standards, Cohen and her co-authors decided to look at potential reasons other than taste.

They looked at 1,001 students in a low-income, urban school district. Cohen was interested in lunch periods because they aren’t regulated by state or federal governments. Lunch times around the state can vary from 15 minutes to an hour.

“We were really curious if that would impact consumption,” she said.

The lunch period has to take into account the time students walk to the cafeteria and stand on the serving line before sitting to eat. “We found in some of these lunch periods kids had just 10 minutes to eat,” Cohen said.

Cohen’s research team was surprised by the students’ eating patterns.

Researchers expected the students would eat their entrees but leave the milk, fruit and vegetables.

It turned out the children picked at a little of everything and usually didn’t finish any of it.

“We need to reframe the debate about updated school meal standards,” Cohen said from her office. “Rather than weaken the healthier standards we need to focus on how do we get the kids to eat these healthier foods. And it appears as though giving students a sufficient amount of time to eat is an important way to do that.”

Cohen spent about 10 years at Harvard as a student, post-doctoral research fellow and research associate before joining Merrimack’s Health Sciences Department for the current semester. She is still an adjunct professor at Harvard.

The research team chose to look at low-income urban settings because most students receive government-subsidized lunches that are often the best meal of the day for them, Cohen said. Cohen declined to say which Massachusetts community her team studied.

They went to several elementary and middle schools in the city. The boys and girls ranged from 8.4 years old to 15.6 years old.

“We did multiple days of research,” Cohen said. “There were six non-consecutive days throughout the year.”

In the control group researchers looked at the actual time children have to sit and eat lunch after arriving at the cafeteria and standing in the serving line.

Each serving tray in the control group was numbered and observers recorded each tray that was taken, which foods were selected, and the time each student sat down.

After the students were done eating, the researchers collected the trays.

“Then we weighed every individual food item remaining on the trays,” Cohen said. “From that, we know what they selected, exactly how much they consumed, and how much seated time they had because we recorded what time they left the lunch line.”

In other schools, the study hired a professional chef or used choice architecture to change the lunch line configuration, Cohen said.