Retired police sergeant Richard Donohue told criminology honors students that they should be resilient, work hard, and always seek to be of service. 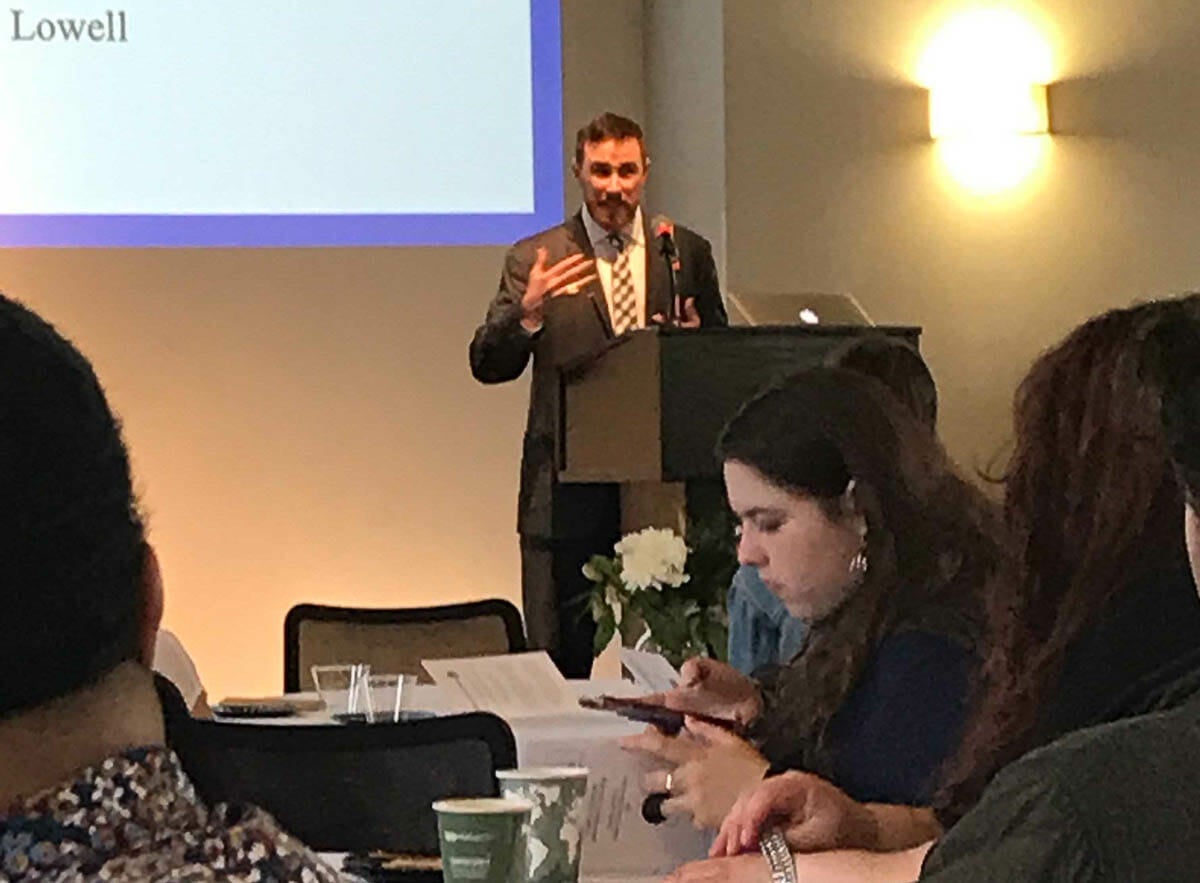 “When you face your finest hour, look for the next steps to make an impact,” he said, “and impact and elevate others around you.”

He spoke in Cascia Hall at the spring induction ceremony of students into Alpha Phi Sigma, The National Honor Society for Criminal Justice. Twenty-one undergraduate and graduate students were recognized.

Donohue, who retired after being shot during a confrontation with the Boston Marathon bombers in 2013, briefly recounted his life in the military and then working in the tourism industry, before joining the Massachusetts Bay Transportation Authority police force out of a desire to serve the community. During and after the Marathon bombing, he said, every officer wanted to be part of the search to bring the killers to justice, but he found himself “wearing a yellow jacket” and directing traffic. Passersby would bring him a cup of coffee or stop to say a few words of encouragement, he said; “that was a way of serving, too.”

Days later he responded to a call for an officer needing assistance and found himself in a shootout with the Tsarnaev brothers, who had committed the bombing. Badly wounded, he was grateful for the service given by his fellow officers, the EMTs and his doctors.

His long, slow recovery made him ponder the words of a friend, Wisconsin police Lt. Brian Murphy, who was himself wounded in a shootout with a white supremacist: “We are stronger than we think. We are able to persevere longer than we ever thought we could. It is inside each of us — the spirit to endure.

“The question really is: How badly do we want to work for it?”

Donohue is now completing his Ph.D. in criminology at the University of Massachusetts at Lowell.