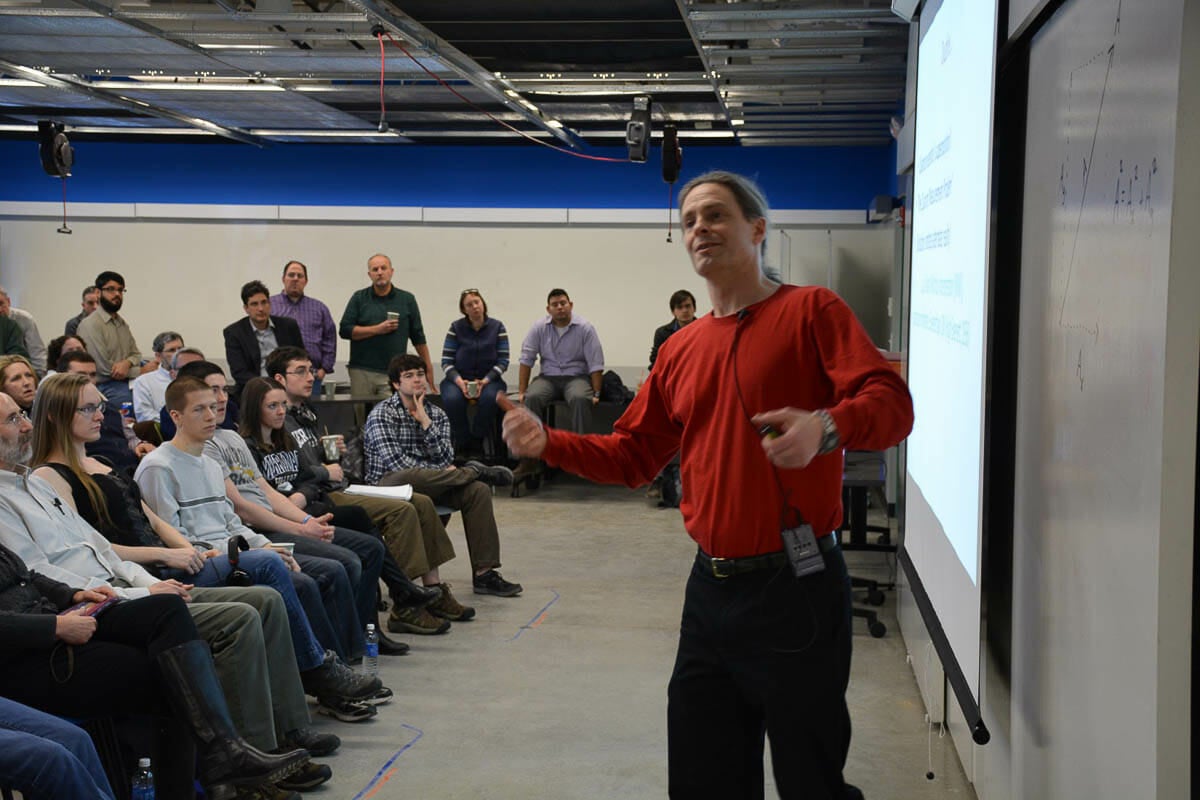 “I’m doing this because I want to present what I see is the minority report of quantum mechanics,” Looney explained. Far fewer than half of the world’s physicists believe in alternate realities, he said.

The Honors Program co-sponsored the lecture, said philosophy professor Bill Wians, director of the program. The Honors Program is charged with enriching the intellectual life of the campus, so his office envisions a series of talks by professors returning from sabbatical, such as Looney.

“He presented very complex material but made it intelligible for non-specialists,” Wians said after the lecture.

Jack Adams, associate professor and co-chair of the Electrical and Computer Engineering Department, said he couldn’t remember so many people attending a voluntary lecture in Mendel Hall before. About 100 staff, faculty and students attended.

Looney relied on formulas as well as decoherence theory and entanglements in laying out his argument for a quantum multiverse. If quantum mechanics are accepted as a description of nature, then the idea of alternate realities should be accepted, he said.

Just because we can’t see an alternate reality doesn’t mean it doesn’t exist. Nobody has ever seen living dinosaurs, but we think of them as real, Looney said.

“I think we should be as real about quantum physics as evolutionary biology,” he said.