The Writers House at Merrimack College welcomes award-winning playwright Naomi Wallace as the program's first writer in residence, from April 22 to 24. 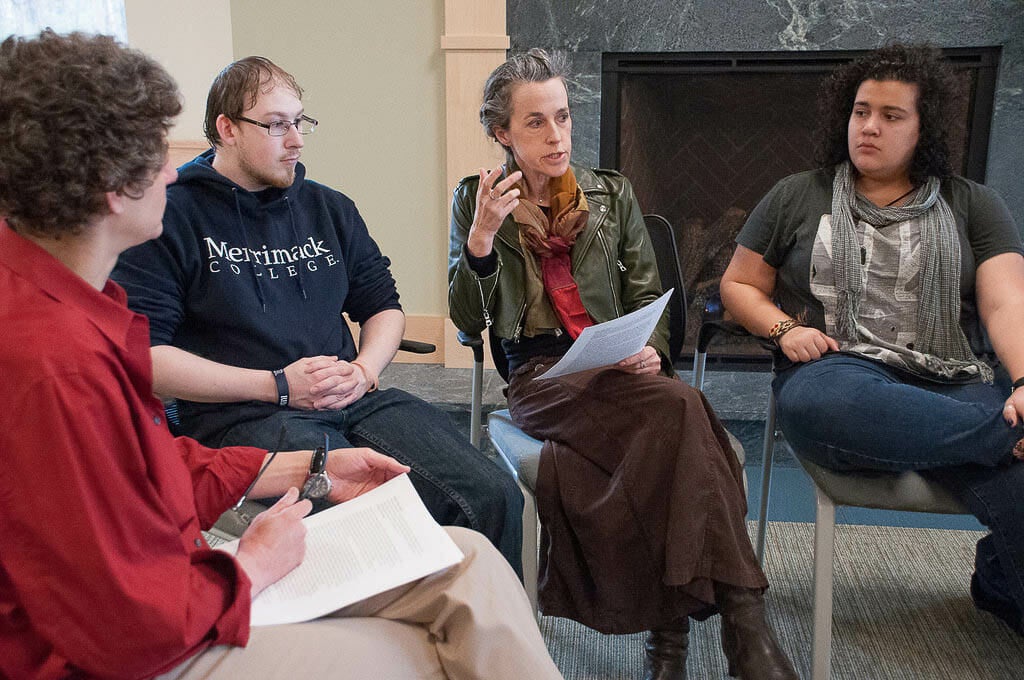 Wallace, who hails from Kentucky, is lauded for works that deal with oppression, class, desire, and transgression. She will meet with individual classes and take part in several events open to the community.

As Tony Kushner, author of “Angels in America,” says: “Naomi Wallace commits the unpardonable sin of being partisan, and, the darkness and harshness of her work notwithstanding, outrageously optimistic. She seems to believe that the world can change. She certainly writes as if she intends to set it on fire.”

Wallace’s plays include “In the Heart of America,” “Slaughter City,” “One Flea Spare,” “The Trestle at Pope Lick Creek,” “Things of Dry Hours,” “The Fever Chart: Three Short Visions of the Middle East,” “And I and Silence,” “The Hard Weather Boating Party” and “The Liquid Plain.”

In 2009, “One Flea Spare” was incorporated into the permanent répertoire of the French National Theater, the Comédie-Française, with Wallace joining Tennessee Williams as the only two American playwrights added to that repertoire in 300 years. Wallace’s awards include the Windham Campbell Literature Prize, the Susan Smith Blackburn Prize, an Obie Award, the 2012 Horton-Foote Award for most promising new American play and a MacArthur Fellowship.

These events, to be held at the Writers House, are free and open to the public: