President Christopher Hopey recently announced the awarding of tenure to five members of the Merrimack faculty, representing all four of the college's schools. 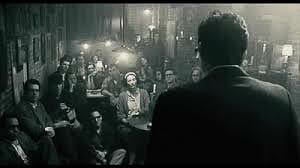 Brittnie Aiello’s research focuses on the experiences of incarcerated mothers and their children. Her work examines the role motherhood plays in the punishment and control of incarcerated women. Additionally, Aiello has examined the ways in which children endure emotional and physical discipline when they visit their mothers in jail. Her teaching interests include race, class and gender inequality in the criminal justice system. She is a graduate of Eckerd College in St. Petersburg, Florida, and holds master’s and doctoral degrees in sociology from the University of Massachusetts.

Jimmy Franco is a graduate of Beloit College and holds a doctorate in chemistry from the University of California, Davis. His research is focused primarily on finding therapeutic drugs for neglected diseases such as tuberculosis and histoplasmosis, and in developing engaging teaching methods in chemistry and biochemistry. Franco teaches biochemistry, organic chemistry, chemistry for the health professionals and the honors senior capstone workshop.

Sirkwoo Jin’s research interests include leadership; work-related emotions and emotional intelligence; and creativity in the workplace. He has published in refereed journals and conference proceedings and presented his work at numerous national academic meetings. One of his publications has been featured in the LSE Business Review in the United Kingdom and Maeil Business Newspaper in Korea, in 2016. Jin holds undergraduate and graduate degrees in psychology from Seoul National University in Korea and a doctoral degree in business and management from the University of Maryland’s Robert H. Smith School of Business.

Susan Marine teaches courses in higher-education history, theory and practice, and her research interests include feminist praxis in higher education, trans-student inclusion and agency, and ending campus sexual violence. She is the author of “Stonewall’s Legacy: Bisexual, Gay, Lesbian and Transgender Students in Higher Education” (Jossey-Bass, 2011). A graduate of Transylvania University, Marine holds a master’s degree in college student personnel from Bowling Green State University and a doctorate in higher education from Boston College.

Sally Shockro’s research examines early medieval European intellectual culture, with a focus on the writings of Bede. Her recent work analyzes the ways in which saints’ lives were adapted and rewritten in the early Middle Ages. Shockro holds bachelor’s degrees in history and classical archaeology and ancient history from Brandeis University, where she also completed the medieval studies program, and a doctorate in history, with a specialization in European Middle Ages, from Boston College.