Professor: ‘Challenge those who defile religion’

Merrimack College Professor Joseph Kelley, director of the Center for the Study of Jewish-Christian-Muslim Relations, talks about the attack on the French satirical newspaper Charlie Hebdo that left 11 people dead, allegedly in response to its satirical treatment of the Prophet Muhammed. 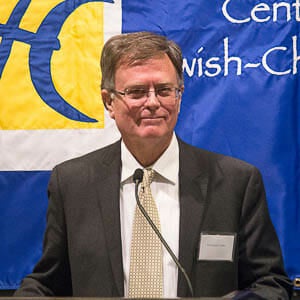 Last year Kelley visited Lyon, France for a conference with young Muslim university students to discuss interreligious respect and understanding. The students regularly face prejudice for their heritage and religion.

Q. Do Muslims in general hate a free press?

A.  We need to distinguish between Muslims in general and extremists who act, as they claim, in the name of Islam. I think that’s an important distinction to make. I think Muslim extremists are pretty similar in their hatred of the free press and free expression to extremists of any religious type, whether Christian extremists or Hindu extremists. There is something in extremism that can’t tolerate differences of opinion.

Q. What responsibility does the press share to avoid attacks? Should it be more self-censoring?

A. The responsibility of the media is to get the message out there, to inform people as to what is really happening in the world as well as local communities. The only restriction should be of two kinds: when the publication of the information might endanger lives, so that sometimes the press has to act to censor itself until such time people can be secured and safe. And the second is that freedom of the press also comes with responsibility of trying to understand cultural, ethical and religious differences, and while respecting those differences. Religion, like other aspects of society, needs to be challenged if it seems to be harming the common good. I think of the work of The Boston Globe with the clergy sexual abuse scandal 10 or 12 years ago and how central the Globe was in bringing that set of crimes and horrible behavior to light. So while the press respects religion as an important dimension of society it should not exempt religion from critical analysis. Editorial boards struggle with those issues all the time.”

Q. Is there common ground for the faiths to find peace with each other?

A. I believe it deeply. In fact, I’ve dedicated myself to that belief. I think it’s important for the great religions to maintain a dialogue, not just in situations like this but in all situations. The Catholic faith has been a worldwide leader calling for interreligious respect and understanding and dialogue. The great religions of the world share many of the basic core ideas with each other, such as respect for human life and common moral principles. And I think it’s important for all religions to speak up against violence when it’s done in the name of religion.