Professor: Pluto mission may offer insights into Earth’s past

Merrimack College Professor Ralph Pass joined with astronomers around the world Tuesday marveling at new images of the dwarf planet Pluto beaming back from the unmanned spacecraft New Horizons. 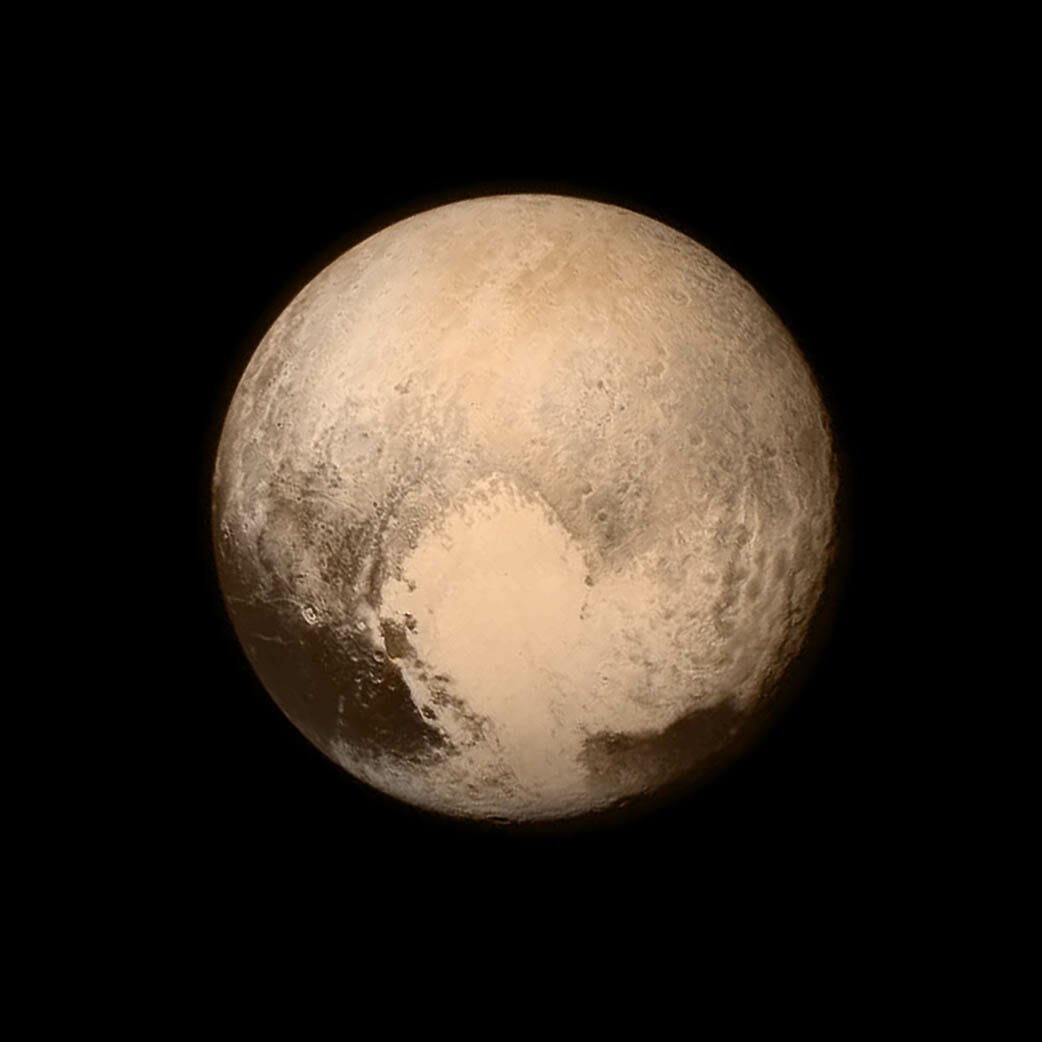 “Everyone is absolutely different than anything we’ve ever seen,” Pass said.

Merrimack’s observatory in Mendel Hall is scheduled to be open to the public Wednesday evening but the weather is forecast for rain.

Plans for sending a spacecraft to Pluto were put in motions years ago but New Horizons arrived barely before the planet’s atmosphere freezes for about 150 years.

Pluto’s orbit will take it farther from the sun in about five years and its thin methane atmosphere will freeze until the return orbit thaws it in about 150 or so years.

“When they canceled the early plans to go to Pluto I was disappointed because (it appeared) we probably wouldn’t get there before the atmosphere freezes,” Pass said.

New Horizons soared about 3 billion miles for nearly a decade to get within 7,700 miles of Pluto. Its flight time was aided by construction of bigger rockets and a flight plan that used Jupiter to slingshot the spacecraft onto an intercept course with Pluto, he said.

Flying to Pluto is more than a curiosity venture, Pass said. Scientists can study how Pluto and Charon, the largest of its five moons, formed which could offer insights into how Earth formed and evolved.

“It’s a matter (of asking) how does science help mankind,” he said. “Some of it is clear and some we don’t know yet.”

Pluto is most visible from the Mendel observatory during August and September.

Pass is hoping the weather is good enough in the next few weeks to turn the telescope toward Pluto but even under the best of conditions, the dwarf planet is so far away it only appears as a blue light. Clouds, humidity, and even light pollution from Merrimack’s football field lights can affect the ability to see the planet.