Pulitzer Prize-winning editor Gretchen Grosky took oversight of Merrimack's student newspaper The Beacon this year, acting as its advisor and as adjunct lecturer for the newspaper and new media production class. 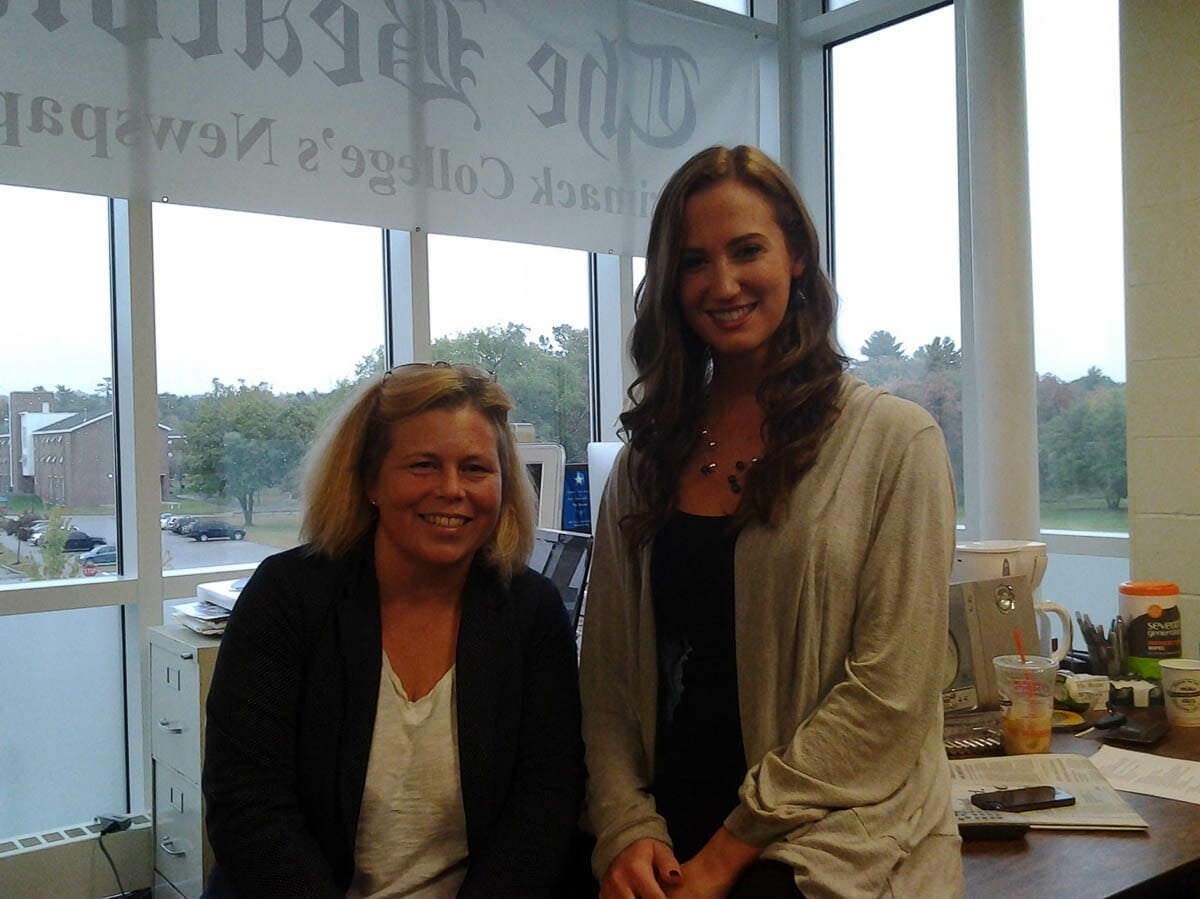 Grosky said she wants her students to learn the power of the press and responsibilities that come with the media’s ability to make changes in the world.

“Here, there are issues people are concerned about. They are going to tackle tough issues and hope to bring about change,” she said.

A good news story should evoke an emotional response, she said.

Grosky was city editor at The Eagle-Tribune, of North Andover, when her staff won the Pulitzer for breaking news in 2003, for its coverage of the accidental drownings of four of seven boys who fell through the ice into the Merrimack River in December 2002.

Grosky started her career on the weekly Millis Suburban Press in 1992, then joined the Eagle-Tribune’s Haverhill bureau in 1995.

She was named the paper’s features editor in 2000 and promoted to city editor in 2002. She was the paper’s managing editor from 2007 to 2013, when she left to start GMG Strategies, a consulting firm developing media strategies and marketing plans for clients.

Making the transition from a reporter on the street to an editor behind a desk was difficult, but Grosky learned that she enjoyed her job teaching young reporters on her staff.

“The Beacon provides an excellent opportunity for that,” she said.

As a lecturer and advisor she appreciates seeing her lessons put into action, Grosky said.

Senior Karamarie E. Joyce has returned for her second year as The Beacon’s editor. “I love writing, I love editing,” she said.

Joyce’s personally preferences reflect some of the ongoing changes in the media and how The Beacon is adapting to those changes.

“I usually get my news from social media and go research it,” Joyce said, who is a mass communications major with a minor in public and professional writing.

Grosky’s lessons include the ways in which the news industry is growing with social media, often using social media and websites to draw readers to the hard copy, she said.

The Beacon is being printed this year by the Concord (N.H) Monitor, which is giving the twice-monthly paper a more professional look, Joyce said.

The first edition this year was 16 pages, a four-page jump over last year.

The staff has also climbed from about 16 people last year to about 30 this year, Joyce said.