Rejuvenated Campus Kitchen Creates a Recipe for a Satisfying Future

The Merrimack chapter of the Campus Kitchen hunger relief program enjoyed renewed energy and effectiveness helping to serve the food-insecure using a new leadership model this year that is designed to be sustainable going forward. 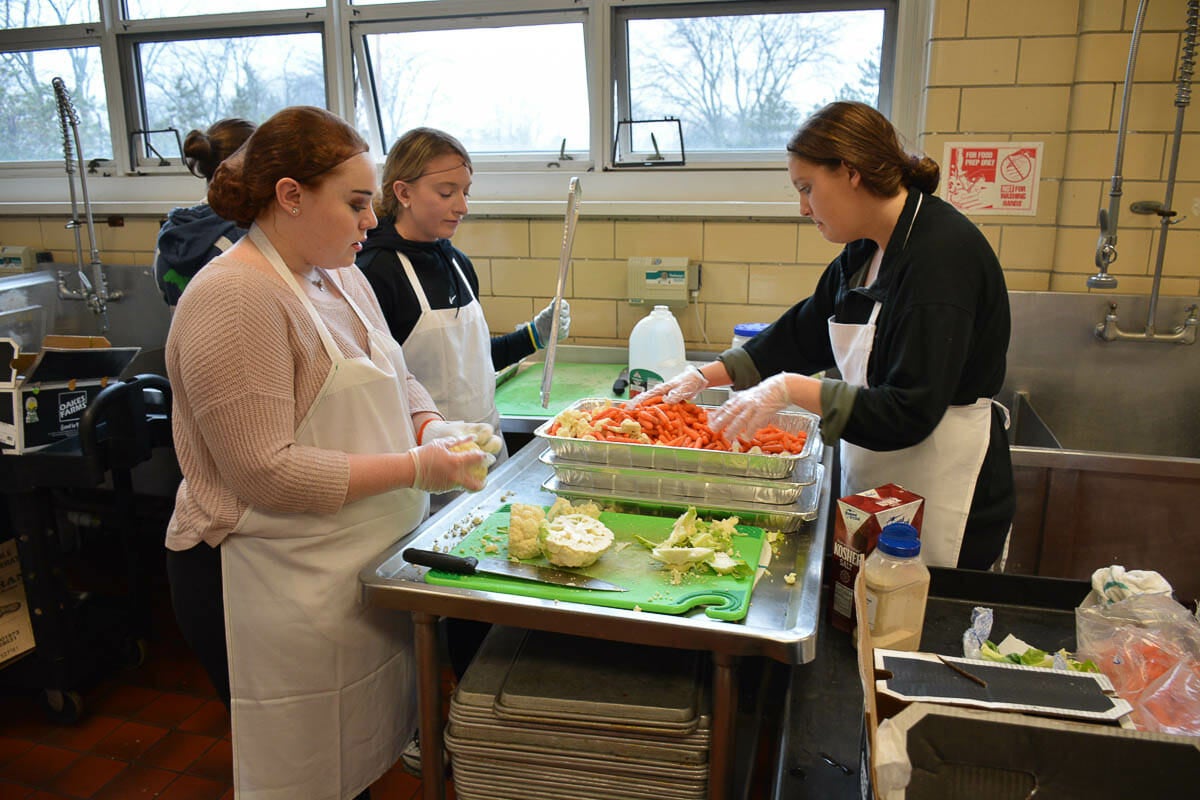 Through Campus Kitchen, student volunteers collect unused, wholesome food from Sparky’s and local grocers to use in preparing nutritious meals. They are then delivered to the restaurant-style food kitchen Cor Unum Meal Center in Lawrence, Massachusetts on Tuesdays and Thursdays where students also help to serve the meals.

Holland, of Somerville, Massachusetts, is a graduate fellow studying Health and Wellness Management. She has been leading the program with help of research assistants Kathryn Doiron ’18 and Stephanie Sloane ’18 this year. Twenty undergraduate students worked in the program during the fall semester and then 17 in the spring semester.

Undergraduate students Lauren McCarthy ’16 and Amy Byrne ’16 founded the Merrimack chapter of Campus Kitchen under the office of Campus Ministry in 2015 with the help of the Rev. Ray Dlugos, O.S.A. and School of Health Sciences assistant professor Michael Corcoran. After McCarthy and Byrne graduated, the project stagnated as volunteers struggled under the workload of running the program and academic responsibilities. So, last year, the School of Health Sciences assumed responsibility from Campus Ministry and hired Holland to lead and energize the program.

“We decided we would bring it to health sciences for the first time and have the students do it through directed study, which would give them credit, and we would bring in a graduate fellow to lead,” Corcoran said. “We want to make this one of our signature programs because there is a lot of potential to do a lot of good in the surrounding community.”

A new graduate fellow will be hired before the end of the semester to lead Campus Kitchen for the coming year, along with two research assistants to help schedule work shifts and oversee the students who collect, prepare, deliver and serve the food.