Religion and science meet at the Star of Bethlehem

The three wise men visiting Jesus in the stable with gold, frankincense and myrrh is one of the most beloved stories in the birth of Jesus narrative but did it really happen? 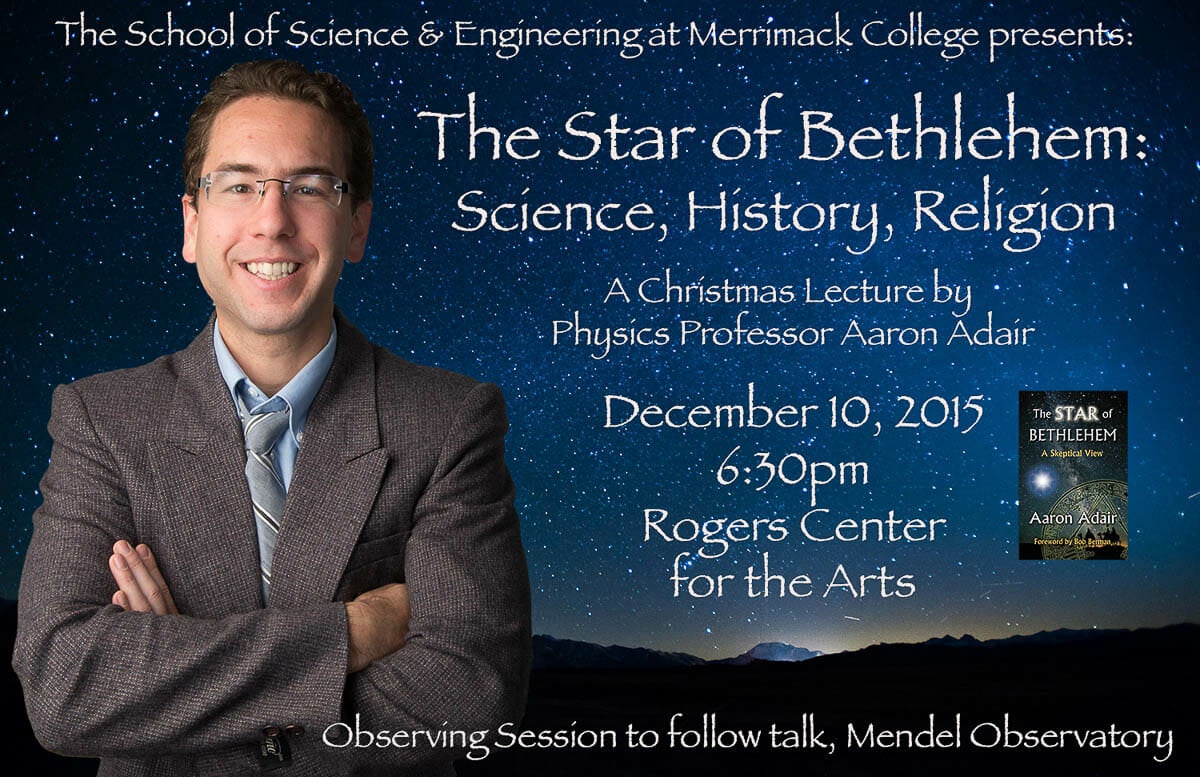 Assistant professor of physics Aaron Adair, who authored the book “The Star of Bethlehem: A Skeptical View,” plans to explore the story in a special lecture at the Rogers Center for the Arts Dec. 10 at 6:30 p.m.

Adair spent over a decade researching the question.

He takes an academic approach to the genesis of the story told in the Gospel of Matthew.

“It’s a great example of how science tries to explain religion and religion tries to effect science,” Adair said.

There have been various attempts from different angles to explain the Star of Bethlehem story, Adair said.

Adair plans to argue it would have to be one heck of a supernatural event for the star story to be true.

The story of the three wise men is a typical storyline for legendary figures during the first century, Adair said. Other guiding star stories have included Aeneas escaping the destruction of Troy using a star as a guide.

The Star of Bethlehem story serves a religious purpose in connecting the Old and New testaments by fulfilling a prophecy in the Book of Numbers from the Old Testament.

The prophecy foretold a divine heir and was used by Jewish prophets, some of whom changed their names to Son of the Star to claim divinity, Adair said. The interpretation of the story as a literary device doesn’t take away from the Bible unless the reader believes it should be taken literally, he said.

“For me, I find it far more interesting knowing (Matthew) is telling a story rather than tall tales,” Adair said.