Sr. Jeanne authors her first book about developing theology in the 20th century

Sr. Jeannemarie “Sister Jeanne” Gribaudo, CSJ, has published her first book, “A Holy Yet Sinful Church,” through Liturgical Press, about significant developments in the theology of the Catholic Church's holiness and sinfulness during the 20th century. 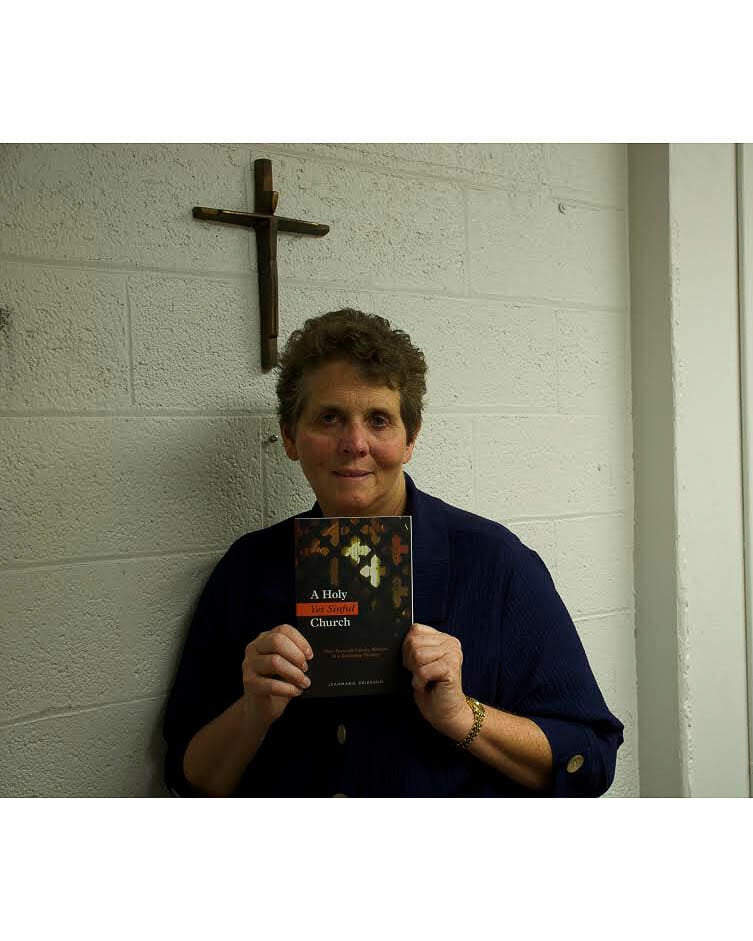 Gribaudo, an adjunct professor in Religious & Theological Studies, recently discussed the book and her hope that, by naming the church as both holy and sinful, it will help it regain the credibility it seems to have lost since the sexual abuse crisis came to light.

She’s passionate about finding ways to pass on the faith to the next generation. Teaching Christianity in Context in Merrimack’s Compass Program and the bachelor completion program gives Gribaudo opportunities to share that faith.

“The openness of the students to learning about faith and its role in the world is nothing less than edifying,” Gribaudo said.

Gribaudo has long experience working with young people. She served on former Boston Mayor Tom Menino’s staff as his youth advisor for a decade, during which she started the nation’s first youth council. Two years ago, she joined Merrimack’s faculty, drawn to the liberal arts college by its innovative programming.

“Merrimack is an exciting place to be because there are so many new initiatives,” she said. “Not being afraid to take a risk is a quality that is going to put Merrimack in a very good position in the future.”

Gribaudo was the first woman to graduate Boston College with a doctorate of sacred theology. As a reviewer of catechetical books for the U.S. Conference of Catholic Bishops, she ensures doctrinal conformity.

In discussing her book, Gribaudo said that a handful of theologians in the early 1900s started the evolution of theology known as ressourcement.

Ressourcement theology, also called nouvelle theologie, has Christianity go back to its roots and examine the teachings of the early Fathers and scripture. Ressourcement scholars have included renowned theologians such as Henri de Lubac, Yves Congar, and Karl Rahner.

Those theologians noted that “the church, because it is the body of Christ, is ever-holy but the church would be nothing without her members and every one of us from Pope Francis down to the littlest child is a sinner,” she said.

The works of theologians such as Congar and Rahner started others thinking about the church’s approach to sin and holiness.

When Pope John XXIII called the Second Vatican Council he invited ressourcement theologians to take part in updating the church.

“Their excitement got the Fathers of Vatican II excited,” Gribaudo said. Theological thought shifted and sweeping updates were made in the church.

The third moment in the development of the theology of holiness and sinfulness in the Church came during the pontificate of Saint Pope John Paul II.

“He said we will only enter the third millennium by expressing sorrow for the sins of the sons and daughters of the church,” Gribaudo said. “I like to think of that as such a prophetic moment because who would know two or three years later we would be dealing with the abuse crisis?”

Ressourcement recognizes the danger of forgetting the holiness and joy of the church. Without that sense of joyfulness, young people couldn’t be expected to have a passion for the Catholic Church.

“If this generation only sees the church as sinful there’s no reason to join something,” Gribaudo said. “It’s critically important that we also show them the church at the same time is ever-holy.”
There’s a balance in the church, she said.
“It’s not either/or; it’s both/and,” Gribaudo said.