‘Star of Bethlehem’ visible in evening sky this week 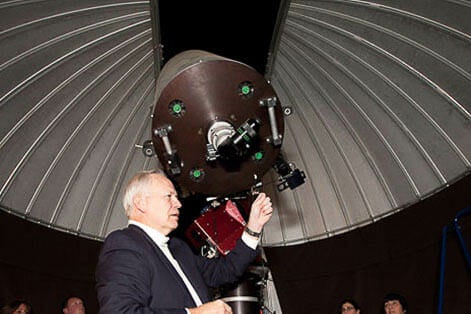 On June 30 the planets aligned to within one-third a degree to each other and will remain within 2 degrees of each other through July 4.

“What is extraordinary is how close Jupiter and Venus are, or how close they were, a couple days ago,” Pass said July 2. “They were about one-third of a degree, which is about two-thirds the diameter of the moon in the sky. One-third degree is about half the width of a finger nail.”

Some astronomers believe the alignment of Venus and Jupiter may have been the basis of the Star of Bethlehem.

Regulus, in the Leo constellation, is 79 light years away and normally the brightest star in the sky.

Even though the planets appear close they are millions of miles away from each other. Venus is 58 million miles from Earth and Jupiter is 565 million miles, according to CBS News.

They won’t align so closely again until August 2016 when they appear .06-degree separation, Pass said.

The fun isn’t over for the summer. The Perseid meteor shower is expected Aug. 13.

Jupiter and Venus will align within 1 degree Oct. 25 this fall so it won’t appear as spectacular as this week’s alignment.