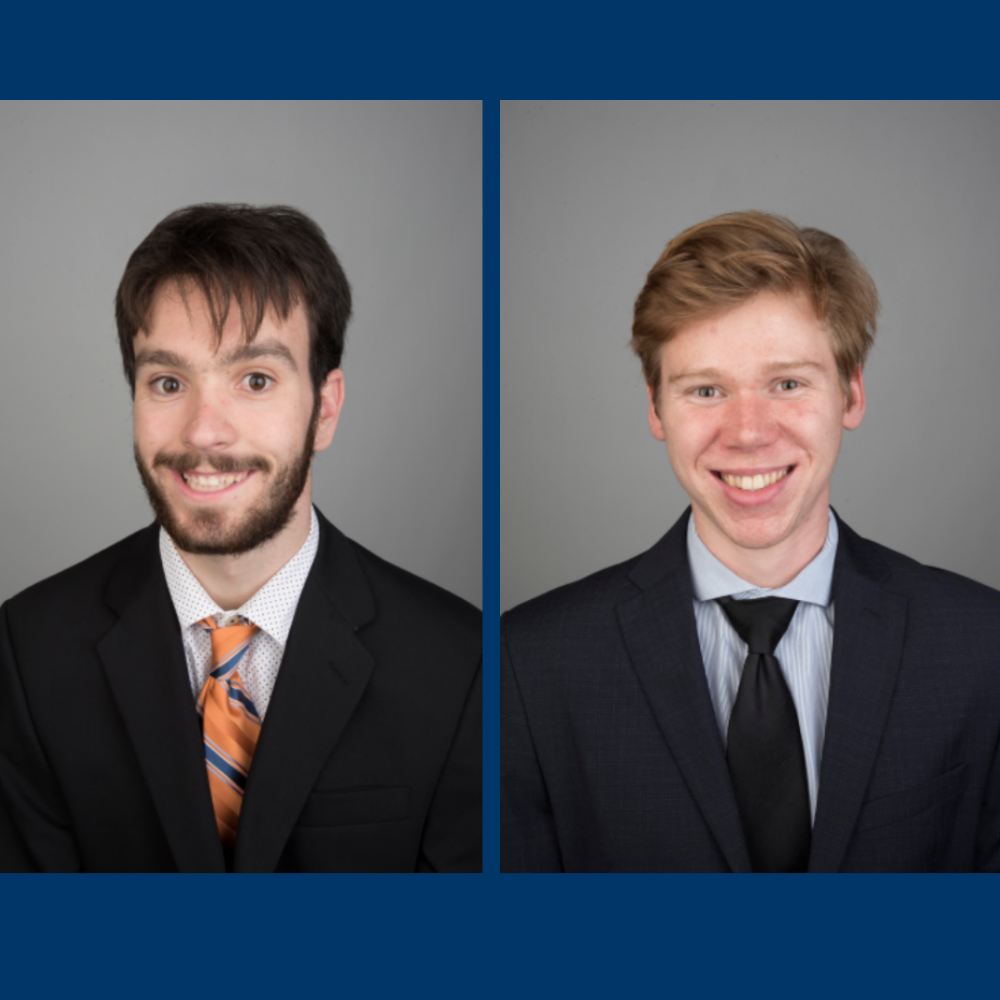 Students in Merrimack College’s Honors Program are continuously pushing the envelope of academic excellence and stepping beyond the classroom to advance the world around them. For engineering students Vince Skelton and Spencer Eckert, an internship opportunity with MIT took them beyond the classroom and out to Westford, Massachusetts.

Provost Alan Weatherwax introduced Skelton and Eckert to the internship opportunity where they worked alongside award-winning scientists at MIT’s observatories on the Auroral Emissions Radio Observer. AERO is a satellite specifically designed for tracking and gathering information from the Aurora Borealis. Sometime in 2022, AERO will be inserted into a low-Earth orbit that crosses the auroral zone regularly, where observations will be conducted.

Eckert says the best part of the internship was “being around geniuses and learning from them,” as well as gaining invaluable connections. Skelton says the opportunity opened his eyes to aerospace and allowed him to work closely with high-achieving academic scholars and hear about their experiences in the field.

“The internship was intense and some things went right over our heads,” Eckert says. “But it helped us learn that it’s okay to be wrong, it’s okay to ask questions and you don’t need to know everything. They expected us to have questions, that was the best part.”

Skelton adds that accepting the fact that they were trying to teach him was important to remember. He says that no undergraduate student goes into an internship fully knowledgeable on the subject matter.

Skelton and Eckert participated in the internship for almost three months and worked four days a week. While they both admit the time commitment included long, mentally-demanding hours, they insist they would do it all over again.