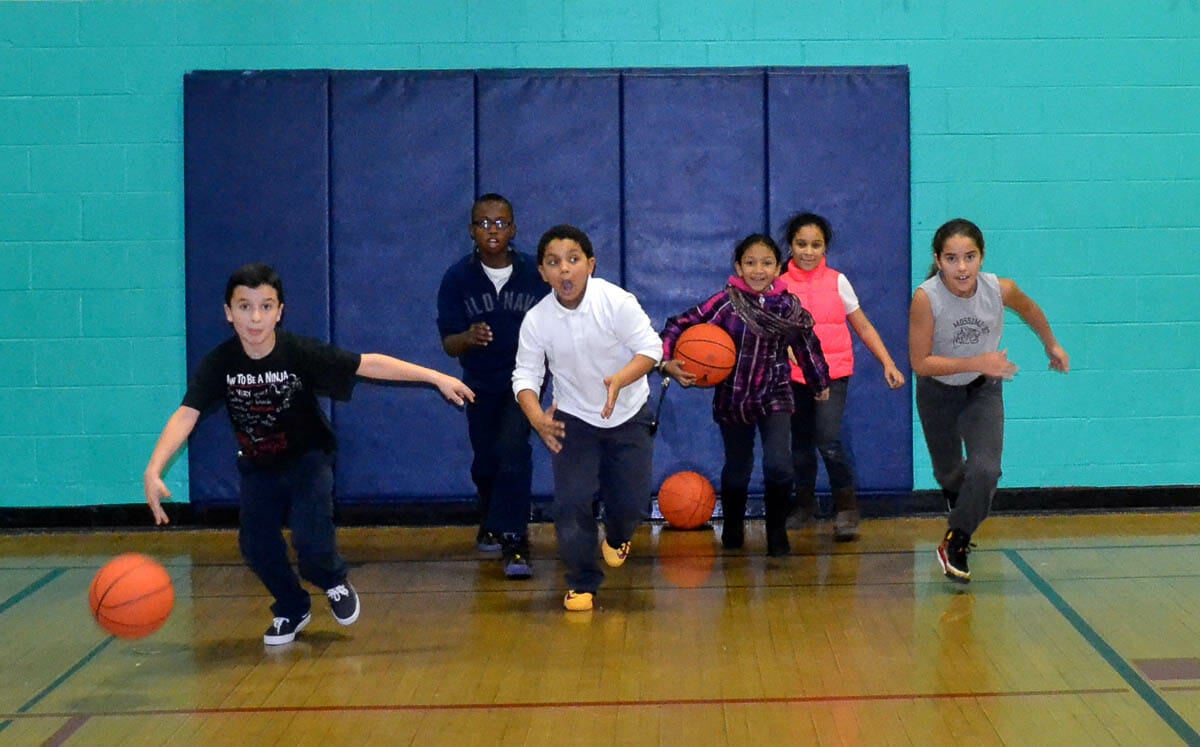 Funded by a Robert Wood Johnson Foundation grant, Chair and associate professor Kevin Finn, assistant professor Zi Yan, and Associate Dean and professor Kyle McInnis studied the effects of children in an after-school program who exercised and then used their own data to answer scientific questions.

“This work builds on previous literature that physical activity and learning are related,” Finn said.

The Centers for Disease Control and Prevention recommends at least 60 minutes of moderate to vigorous activity for children daily.

“The problem today is kids aren’t active enough,” Finn said.  “Most importantly, Active Science aims to get children in the afterschool environment more physically active and closer to achieve the national recommendation.”

Children in the program wore pedometers while staff memebers at an area YMCA led games and other activities with the help of Merrimack College students.

After 30 minutes, the children in grades three through five studied the number of steps they took, the distance they moved and the calories they burned, Finn said.

“This is where the science comes in,” he said. “They take their physical activity information and record it in a computer program that graphs the data, then they answer a series of questions based on the data.”

The questions were about the children, which helped engage them in the learning process, Finn said.

“They go through the scientific inquirey process every time they do this,” he said.

As a control group, some children didn’t take part in the science portion of the program following the exercise period.