U.S. Rep. Seth Moulton, D-Salem, Mass., is scheduled to visit Merrimack College as the featured speaker for the 16th Annual St. Germain Memorial Lecture to be held in Cascia Hall from 7 to 8 p.m. April 29. 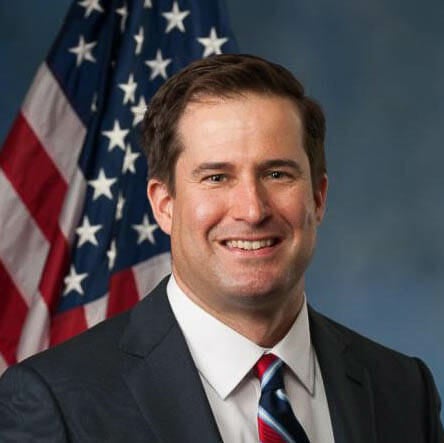 “We do (the lecture) to honor the memory of James St. Germain,” Wessel said.

Wessel has a couple of red folders in his office chock full of testimonials for St. Germain and pictures of him with political dignitaries such as then-Sen. John F. Kennedy.

Moulton is a first-term congressman representing Massachusetts’ Sixth District. He’s a Harvard University graduate who served four tours in Iraq as a Marine Corps infantry officer during some of the fiercest fighting. He left the corps as a captain in 2008.

Students must complete at least 62 credits, including 15 in political science courses, and have at least a 3.0 grade point average in their major and cumulative grades to qualify for Pi Sigma Alpha, said Mary McHugh, director of Stevens Service Learning Center.

“Beyond the recognition here on campus that they have done solid work in political science, they will be recognized at graduation,” McHugh said.