Mariia Diahilieva ’26 was a high school exchange student in New Hampshire when the Russo-Ukrainian War escalated in February 2022. 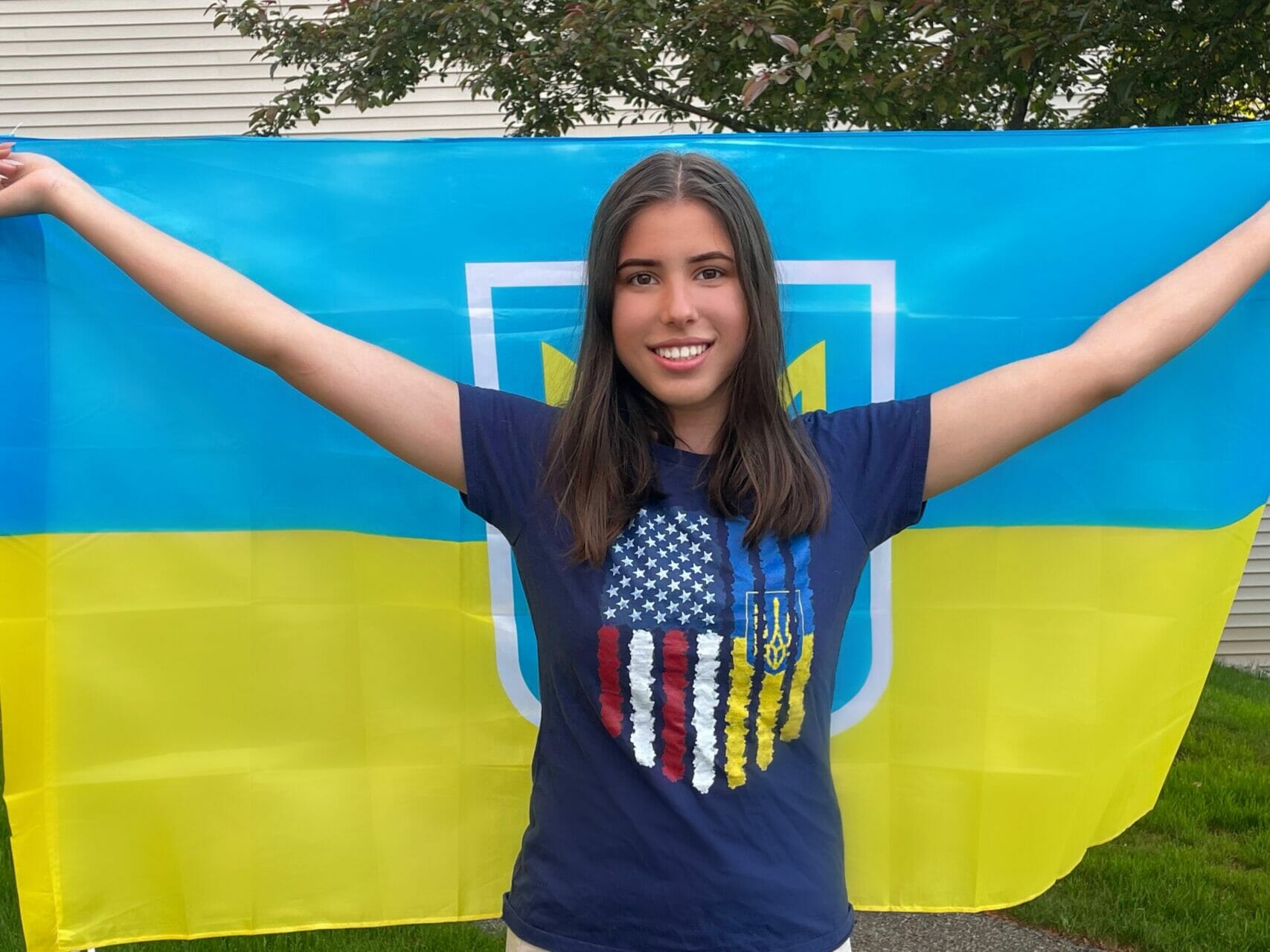 When it was time for Mariia Diahilieva to decide where in the United States she wanted to do her year-long high school exchange student placement, all she knew was she wanted to be on the East Coast.

And it was New Hampshire’s state motto, “Live Free or Die,” that solidified the Kyiv native’s choice.

“The Ukrainian national anthem has a phrase that translates to ‘we will lay down our soul and body to gain our freedom’ and when I saw New Hampshire’s state motto, my decision was set,” explained Diahilieva ’26. “I knew nothing at all about New Hampshire.”

She admitted that during her first few months in the Granite State she had a difficult time fitting into the high school community. Over time, she participated in sports at the school and built a core group of friends. Then in February 2022, the Russo-Ukrainian War escalated significantly.

“Then people really started checking on me and asking how my parents are doing,” Diahilieva explained. “I was definitely getting more attention, but not how I wanted. It did help me to be more known in school and in the community.”

Her plans to return to Ukraine and go to college were now out of the question, and Diahilieva scrambled to find a college or university in the U.S. that would have a spot, and financial support, for her for the fall 2022 semester. By her estimation, she emailed close to 500 institutions across the country and was unsuccessful.

It was not until Merrimack College alumnus Vin Foley ’68, heard Diahilieva’s story that her path to a college degree became clearer. After originally reaching out to Merrimack to see if there were any Ukrainian students who needed support, the Office of Development and Alumni Relations worked with Foley to create a scholarship for an undergraduate student with refugee status in the U.S. on asylum or who is seeking asylum.

Once she learned this opportunity was available to her, Diahilieva applied and was accepted to Merrimack.

“One great day this alum from Merrimack emailed the school counselors and wrote ‘I saw this girl, who is she and what does she need?,’” Diahilieva said. “I wish there was a video of my reaction when I saw that message.”

Diahilieva noted she fell in love with Merrimack the moment she set foot on campus for an Admitted Student Day. “I am no longer a black sheep, I am part of the community and that is what Merrimack gives you,” she added. “Other students treat me as an equal and it is so wonderful.”

She is in the Merrimack Honors Program and is a double major in chemistry and data science and is looking forward to the day she can return to Ukraine to help bolster those fields. As a high school student, Diahilieva said she always looked forward to her chemistry classes, but that wasn’t the case for many of her peers.

“Chemical engineering is something we will need to rebuild the country,” she said.

When Diahilieva will actually be able to return to Ukraine is still unknown. Both her parents are still there, volunteering to support the Ukrainian military and its efforts. She explained it is harder to speak with them on a regular basis as the Russian military has increased its attacks on infrastructure in Kyiv such as electrical and heating.

“I am very proud of them,” Diahilieva said. “They didn’t want to accept defeat. They wanted to stay and I admire their decision and support it. But I am still afraid.”

Diahilieva said she encourages anyone interested in learning more about Ukraine, its culture and the war to reach out to her. She is also working with an organization called ENGin, which pairs English speakers with Ukrainians who have fled the country to help them feel more comfortable speaking English, and the group is looking for volunteers.

“This is what it means to be an exchange student,” she said. “I came here to tell people what has been going on.”