Campus News › With National Internship, Theater Major Leaps to Next Stage
Quick Links
Previous Article Philanthropist Bill Cummings tells students to “look for an opportunity and do something with it” April 17
Next Article Campus Drive Helps Teens in Emergency Foster Care April 25

With National Internship, Theater Major Leaps to Next Stage

Benjamin Mendonça '20, a theater major from Lowell, Mass. has been awarded a prestigious Stagecraft Institute of Las Vegas (SILV)  Internship for stage management. 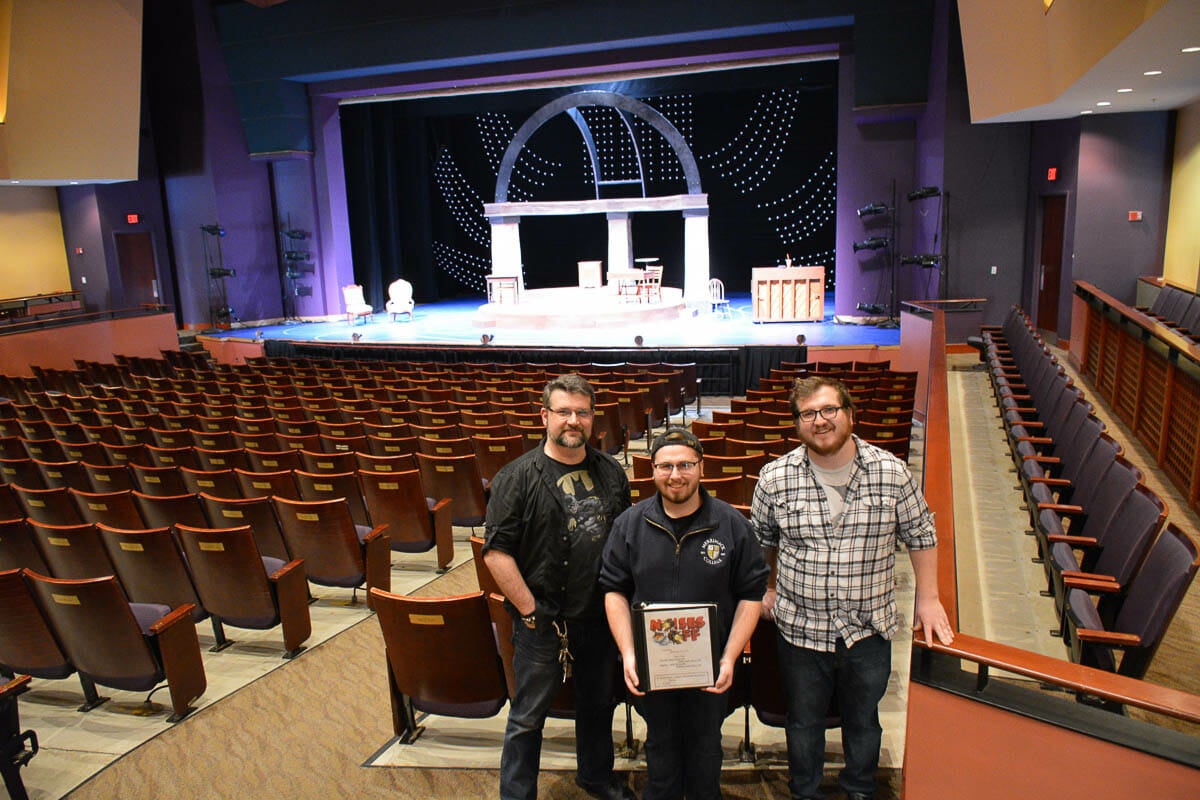 “It’s an honor, and frankly a pretty big deal,” said the Rev. Richard Piatt, O.S.A., director of Rogers Center for the Arts. “He will have the chance to work with some of the best in the business.”

During his internship this summer, Mendonça will study behind-the-scenes stage work such as set design, technology, lighting, rigging, and working with actors.

“I’m really excited about it,” Mendonça said. “A big part of stage management is being able to communicate with a big variety of people.”

For Mendonça, the magic of live theater happens behind the scenes. Stage managers work with play directors, as well as managers for lighting, sound and set design, and costume design, to make sure all parts interact smoothly and are technically possible.

Mendonça is a veteran stagehand, having worked behind the scenes since he was 10 years old. As a child, he meant to sign up for engineering camp at Middlesex Community College in Lowell but instead signed up for theater camp. And a star was born.

All through his high school years he volunteered helping to put on productions at Middlesex. He has continued helping at Merrimack during his college years.

Mendonça was nominated for the internship based on his behind the scenes work for the play “Noises Off” in April 2018.

After graduating, Mendonça plans to work as an equity stage manager.