“Although I did not take the path I had originally planned, Merrimack College prepared me with the skills to be a critical thinker, and gave me the ability to thrive in virtually any environment.” 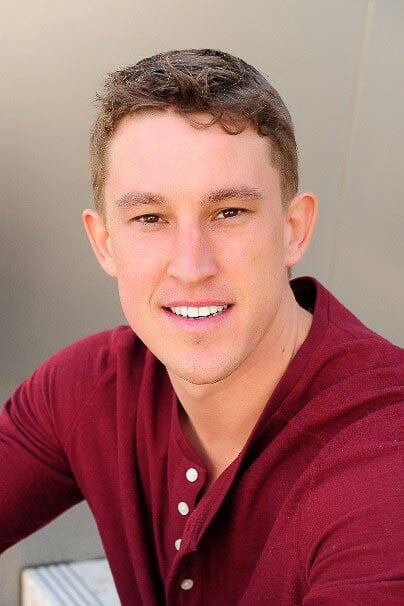 Known as a best-selling author, Adam displayed different interests during his time at Merrimack. Originally from North Carolina, he traveled to New England on a full scholarship to play basketball. His dream was to play professionally, and upon graduation he was given the opportunity to do so in Germany.

However, Adam soon experienced the highly competitive environment that comes with pro-basketball, and was soon let go. Not expecting for his journey to end so soon, Adam decided to take a risk and set out to Charleston, South Carolina with just $25.00 in his pocket. Inspired by the book Nickel and Dimed he had read as a business student, he started from the ground up, living at a homeless shelter while we attempting to land a job.

“The positive and encouraging atmosphere at Merrimack always incited me to do more, to reach further, to question and then go out and find answers.”

This eye-opening experiment affected Adam to the core, and thus was the inspiration for his first book, Scratch Beginnings. He recounted his experience in just a matter of three months, and decided to self-publish. As he made commendable efforts to raise visibility for Scratch Beginnings, he finally shook the right hand- and the opportunity was presented by a fellow Merrimack alumnus. David Dlugasch ’06 was able to introduce Adam to a friend who had connections in New York, and the rest was history. Soon after, Scratch Beginnings was published by Harper Collins, opening doors for Adam to tell his story on platforms such as “The Today Show” and “NPR.”

Following his first success, Adam has since written two more books, his third based on a year traveling around the world, titled One Year Lived. He is now evolving his career in mass media as an executive producer for two documentaries, as well as developing a reality show with Renegade 83 Productions. He also co-hosts an online business webcast called “Up in the Business.”

“What has been more valuable for my professional life more than anything else were the intimate class discussions we had in the business program at Merrimack. I have had no problems sitting in meetings and standing my ground.”

Adam currently resides in Los Angeles with his wife, and recently returned to campus to speak to students at the Opening Academic Convocation on his experiences both as a student and alumnus.

What is the best advice you could give current Merrimack students? Travel. Maybe you find your way into a six-figure income or maybe not, but don’t tread through life without seeing the world. The U.S. is such a tiny part of the globe, and getting out there to see places like non-resort Mexico, Honduras, Australia, Thailand and Poland offer perspective you can’t get stateside.

What is your Favorite Merrimack memory? Summer after my sophomore year, I went with Professor Brucato and about 10 other students to Spain for a month to study and see the south of Spain. I’ll never forget that trip.

Why are you Merrimack Proud? Because there aren’t a whole lot of people who have heard of Merrimack outside of New England, and every day I get to do my part to alert the people I meet about this wonderful school. In a small way, each of us alumni get to bring identity to an institution that brought us identity, and I like that.